Todd Stroger doesn’t want to be the next Mike Bilandic. Will it matter much?

It has become the Chicago political tradition,. Government officials who have any desire to get thems 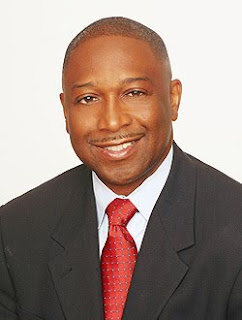 elves re-elected react fiercely when there is even a hint of snow.

So when it became apparent earlier this week that we in the Chicago metropolitan area were going to get hit with one heck of a snowstorm on Thursday, Cook County Board President Todd Stroger wanted to make sure that his critics didn’t find a way to blame him for the event.

SOUND RIDICULOUS? IT is, but no more than a lot of the Stroger criticism, which comes from people who are miffed he won election to begin with four years ago (in short, sore losers).

But I was among those who got a statement late Wednesday detailing the extremes to which Stroger was going to have the road crews out plowing the streets that are controlled by Cook County government. A heavy snow will always cause a slowdown in the traffic patterns, and I guess Todd could imagine all the potential motorists who would be uttering his name along with some choice obscenities when they got stuck in the snow.

It also helps in that most of the county-maintained roads are suburban in nature -- which means they are in areas where the local populace is not as inclined to give Stroger a break as some inner-city residents might be.

So trying to keep the 1,500 lane miles of county-maintained roads clear was the investment of county resources to try to bolster his reputation at a time when his reputation is shot. Anyone who doubts it ou

ght to check out the Chicago Sun-Times, which made a point of publishing a story Thursday about the session he scheduled with reporter-types from African-American oriented news outlets – only to fail to show up.

OF COURSE, STROGER allies spent that time with those reporters badgering them for ignoring his accomplishments as county board president. So the “message” got out anyway.

I don’t know how bad things will be for Stroger next month come come Election Day, although I am inclined to think he deserves a little more credit than his sore-loser critics are willing to give him. Just a smidge, however.

After all, it probably was usefull for Stroger to remind us this week where the local county Highway Department offices are located (Schaumburg, Des Plaines, LaGrange Park, Orland Park and Riverdale) in case people have complaints about the roads after Thursday’s snowfall. Although I am inclined to think that the following paragraph was just a tad too much information:

The proportion of salt to water is critical to the effectiveness of the brine. Too much or too little salt affects the freeze point depressing qualities of the brine. The proper brine mixture is 23.3% salt content by weight. This is the concentration at which salt brine has the lowest freezing point, -6°F. It is known as the eutectic point. This percentage is measured with a salometer, a specialized hydrometer. Salt is added to the water until a 88.3% measurement on the salometer is obtained. This results in the proper 23.3% salt content.

HOW MANY WOULD-be chemists does Stroger think are reading his government-issued statements? How many people think that Stroger himself would understand those sentences that were issued this week in his name?

But this is the extreme to which our political people go ever since Mike Bilandic came along.

We all remember how a heavy snowstorm hit Chicago in those winter months leading up to the mayoral election that saw Jane Byrne beat Bilandic. The perception was that B ilandic focused limited resources on keeping certain neighborhoods clean, and Byrne was able to stir up resentment among voters – along with the perpetual image of herself being the woman who dug us out of the snow (even though that would be a gross exaggeration).

At the very least, Stroger doesn’t want to get buried in the mess that hit our metro area and likely will continue into Friday.

I JUST CAN’T help but think that the true legacy of that 1979 mayoral campaign is to cause government officials to pretend they are weather experts who can pretend to give us the proper chemical composition of salt while ensuring that the city streets remain clean.

All most people truly care about is that their own side street is plowed, and that usually is the last thing that gets done this time of the year.

And even if Stroger does keep those suburban county-run roads perfectly clear, I would guess that many people will be determined to be miserable and still find a reason to gripe about “the Toddler.”

EDITOR’S NOTES: When weather people analyze political campaigns (http://www.weathernotebook.org/transcripts/1999/03/02.html), the language can become intriguing. When would-be comedians analyze the weather/politics combo (http://www.youtube.com/watch?v=m9wlVL40BJs), it can become humorous.
Posted by Gregory Tejeda at 12:01 AM