Did Blagojevich get a perception break?

A part of me wonders if Rod Blagojevich should feel blessed today, what with a federal judge deciding that the trial on cor 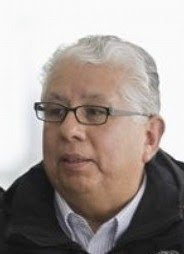 ruption-related charges of a one-time city government official will take place this summer.

U.S. District Judge Robert Gettleman ruled Tuesday that the new trial for Al Sanchez, the one-time Streets and Sanitation commissioner, will begin in July – the Tuesday after Independence Day, to be exact.

SANCHEZ IS THE one-time head of the Hispanic Democratic Organization whom federal prosecutors claim was using his city government post to be able to give city jobs to those members of his Daley-supporting Latino organization who were particularly good at their campaign work.

As it turns out, Sanchez already has been found guilty once of federal charges and faced prison time, only to have his conviction overturned on the grounds that federal prosecutors were not completely honest about the criminal arrest records of some of their key witnesses.

That means Sanchez and aide Aaron del Valle will have to go on trial again. Gettleman is eager to get the process going, so he chose the July 6 date to start the process, which makes it likely that some time around August and early September we political observers are going to have to once again relive the tales of corruption and political hiring emanating from City Hall.

But let’s not forget that in a courtroom just eight floors higher in the Dirksen Federal Building, U.S. District Judge 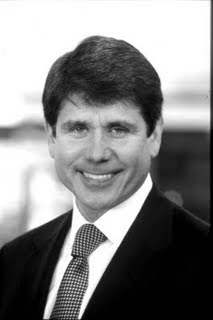 James Zagel is going to be presiding over the trial of Blagojevich, which has its own tentative start date in June.

THAT IS LIKELY to be a complex jury selection process (I seem to recall it took nearly two months to pick a jury to preside over the trial of former Gov. George Ryan) that will take time. I won’t be surprised if that case doesn’t start getting into some serious testimony until about August or early September.

As I see it, Rod Blagojevich is not going to be the only corrupt politico (or should I say alleged corrupt politico?) on trial. For those people who like to watch the activity coming from the federal courts for northern Illinois, there are going to be dueling trials.

Blagojevich’s case is going to have to compete with Sanchez for public attention. It has me wondering how the news judgment is going to be made on days when both cases literally go head-to-head (and reporter-type people are having to use the stairs to go up and down from the 17th to the 25th floor on days when the elevators are on the fritz).

Personally, I’d lean toward the Blagojevich trial only because we’ve already been through the Sanchez trial. But if things start picking up momentum in Sanchez’ favor, then it could wind up becoming the bigger deal since Sanchez’ conviction was a significant part of what is considered to be one of the biggest scams out of City Hall during the past decade.

IF SANCHEZ WINDS up getting acquitted, that could be a bigger deal than anything happening to Milorod – unless Blagojevich himself gets acquitted, in which case we will have mobs of angry people descending upon the Ravenswood neighborhood to express their disgust at the man they want in prison regardless of the truth.

But I also understand the reality of many local residents when it comes to politics. Anything happening out of City Hall is of much greater significance than something happening in, or related to, Springfield.

A city official allied with Mayor Richard M. Daley who gets caught doing something bad is going to be considered more important than any goofball governor – even if his wife literally does eat bugs on national television.

Sanchez literally could steal the local thunder from Blagojevich when it comes to criminal corruption trials for the year 2010, particularly since both men claim they’re not guilty and that they intend to fight their cases through the legal procedure.

I DOUBT EITHER one of these guys would seriously consider a plea bargain. They both believe in themselves way too much.

Now I know there are political people of the Republican persuasion who are counting on Milorod being in the news on a regular basis this summer so as to bolster their rhetoric – which will consist of little more than screaming the name “Blagojevich!” and claiming that Democrats are all associated with him.

That will happen despite the reality that Democrats in Springfield didn’t get along with the now-former governor and were more eager than Republicans to get rid of him back during the Legislature’s impeachment and trial proceedings early last year.

They’re probably going to claim that voters will look at the combination of the two and dismiss all people from Chicago when they vote in the November general election.

I DON’T DOUBT that some people will think that. But I think those residents of Anna, Dixon and likeminded places likely would have felt that way regardless of the circumstances. And I’m not convinced there are enough of them to swing an election.

So now we can see what Blagojevich might seriously be hoping for. What if we got both verdicts on the same day? Could Milorod wind up becoming an afterthought?