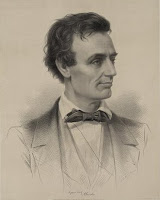 raham Lincoln when they were putting together the list of charges upon which former Gov. Rod Blagojevich was impeached and removed from office.

If they had, it is likely that Blagojevich would have had added to the list of allegations against him that he was disrespecting the memory of the most Illinois-affiliated president in U.S. history (although Barack Obama could equal him in due time).

AFTER ALL, THE past year was supposed to be a series of local celebrations allowing communities to tout their connections to the 16th U.S. president, leading up to the big day on Thursday – the Bicentennial of Lincoln’s birthday in 1809.

But Blagojevich, among his many actions as governor, tried to keep the government budget under control by slashing away at the funding the state should have provided to support festivities paying tribute to Lincoln.

Just over $5 million was what Blagojevich took from the Lincoln Bicentennial festivities. That might not sound like much in the overall scheme of the state budget (which can exceed $50 billion).

But it could have helped create a bigger perception that people in Illinois remember the memory of Lincoln. There literally were moments when it seemed like the historic preservation officials in Kentucky (where Lincoln was born) and Indiana (where he lived much of his childhood) cared more about Thursday than anyone in Illinois did.

NOW THOSE OF us who pay attention to political minutia have heard the stories about how Blagojevich was jealous about Barack Obama, what with all the attention his national campaign for president got him during 2008.

With everybody thinking that Obama was the model for the ideal Illinois politico, Blagojevich became an afterthought.

We literally get the impression that Obama (who went out of his way to create Lincoln allusions during his presidential campaign whenever appropriate) cared more about the memory of Honest Abe than Blagojevich ever did.

Which is why it likely is appropriate that Obama is making his first Illinois appearance since taking the oath of office as president in Springfield, Lincoln’s hometown and the place where his remains are buried at the city’s Oak Ridge Cemetery.

SPRINGFIELD HAS ITS annual Lincoln’s Birthday ritual at the tomb, but this Bicentennial year will be the one that sees a president show up to partake in the event.

For those who happen to be anywhere near the Illinois capital city on Thursday, there’s another unique event.

The Old State Capitol (the building that Lincoln would have known as the Statehouse – the current one dates to 1877) will host a naturalization ceremony, allowing central Illinois residents who have become U.S. citizens to take the oath of office in the same building where Lincoln once delivered his “House Divided” speech (although a younger generation is bound to think of it primarily as the place where Obama kicked off his presidential campaign).

What would be truly nice is if this Lincoln Bicentennial were to create a dialogue as to what Lincoln and his presidency truly was about.

TOO MANY PEOPLE want to twist the Lincoln legacy to fit their ideological perspective about life.

Too many hardcore GOP people (which used to boast that it was the “Party of Lincoln”) want to believe that Lincoln was some sort of hypocritical racist, while too many Democrats want to believe he’d be one of them – if he were alive today.

I can’t help but think that the truth is somewhere in the middle.

What intrigues me the most about the Lincoln legacy is that he is the government official who got stuck having to cope with the basic ideological split that appears to define the United States, and he came along at the moment when the split became so intense that we began shooting at each other.

BE REAL. NO matter how much modern day politics seem to have reached a new low when it comes to partisan hostility, I always put it into perspective by noting that no one is talking about secession, or taking up arms against their neighbor.

Instead, too many people who bother to partake in Lincoln events on Thursday will get hung up on the image of log cabins or stove pipe hats for one day. Then, they’ll move on to something else.

It is the reason why I am inclined to take advantage of the Chicago History Museum’s Lincoln Bicentennial offer. Instead of the usual $14 admission fee – all it will cost to get into the facility at the south end of Lincoln Park will be $0.01.

THE MUSEUM THAT likes to say it has Lincoln’s death bed in its collection of Chicago and Midwestern U.S. artifacts plans to kick off a special Lincoln exhibit to run for the next year.

Think about it. Not only will you get a chance to overdose on Lincoln memorabilia (and some other cool stuff related to Chicago), all it will cost you is one of those “Lincoln head” pennies that take up too much space among your pocket change. What else is a penny worth these days?

EDITOR’S NOTES: Illinois ought to be the focal point of all the Abraham Lincoln festivities (http://www.msnbc.msn.com/id/29074111/) taking place across the nation.

It could (http://www.lincoln200.net/) have been bigger and better. Thanks Rod.

Will there be some people to whom the extent of their Lincoln festivities on Thursday (http://www.pantagraph.com/articles/2009/02/07/news/doc498dfc8dd6efe935445868.txt) will be to watch the PBS special about his life? Probably.

The 1865 railroad tour that took Abraham Lincoln's remains from Washington to Springfield, Ill., included this stop in Chicago at what was then City Hall. Lincoln posed for the above photograph just prior to getting the 1860 nomination for president at the Republican National Convention in Chicago. Both illustrations provided by the Library of Congress collection. 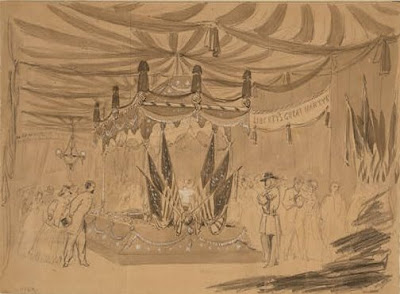