Feigenholtz has the campaign cash lead, but wants more money for federal bid 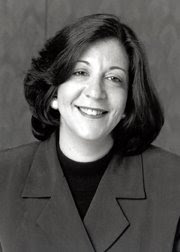 nest, or absurdly brash, in her latest pitch for campaign contributions.

The state legislator from the Lakeview neighborhood who is one of the roughly two dozen people who want to replace Rahm Emanuel in Congress sent out a letter whose purpose is to get people to pull out the checkbook and write out a check to “Friends of Sara.”

THERE IS NOTHING unusual about that. Campaigns cost money, and serious political candidates have to spend a significant portion of their time making financial pitches to all kinds of people.

But how many campaigns have you ever heard of that started off their campaign pitch by informing you that they already had more money in their campaign fund than any of their opponents?

That is what Feigenholtz (who has served in the Illinois Legislature since 1995) did in her pitch, a copy of which was received by e-mail sent Monday to the Chicago Argus.

Now in all honesty, Feigenholtz put a unique spin on the fact that her campaign has more money than anyone else. She says it is evidence that her campaign for the Illinois 5th Congressional district seat is the most legitimate one in existence – and therefore should be the one that gets additional donations.

“IT IS CLEAR that while other campaigns are just getting off the ground, we are in full-stride,” Feigenholtz wrote in her campaign donation solicitation.

She did not give specific figures, but conceded in her financial pitch that she has raised more than $300,000, while none of her opponents has raised even half that figure – and some opponents have yet to raise any money for their campaigns.

She derides some of her opponents (most likely Cook County Commissioner Mike Quigley and state Rep. John Fritchey, D-Chicago, who is the son-in-law of the brother of Alderman Bill Banks) of “relying on old-style machine politics” to get voter support.

But it becomes very hard to take seriously the idea of Feigenholtz as some sort of “Pat Quinn-style” reformer when, by her own admission, she has a “$300,000 head start.”

NOW IT DOES not surprise me to learn Feigenholtz has a campaign that is somehow ahead of all the others in the political mess that has become a Democratic Party primary on March 3 for the Illinois 5th Congressional. Like many other Chicago-oriented elections, the general election on April 7 is a mere formality – whoever gets the GOP nomination has no chance of winning.

She is one of roughly a half dozen candidates who have establishment political credentials. Most of the people in the running are fringe candidates with little government experience, or even much in the way of a local reputation.

Their only hope is for the Democratic primary to become such a mess with no front-runner emerging that it could be possible for someone to win the Democratic nomination with maybe 8 percent of the vote – which is a long shot to occur.

Feigenholtz also has the advantage of being the only woman in the running for the congressional seat (Ald. Dick Mell’s daughter wound up deciding to stay in Springfield in her recently-obtained Illinois House of Representatives’ seat, rather than try to move immediately to Washington).

THAT HAS ALREADY gotten her the endorsement of various activist groups that promote the interests of women in politics, and also potential fundraising help from the EMILY’s List organization that tries to help women have the financial resources to run credible political campaigns.

In fact, if I lived in the Illinois 5th Congressional, I could very well see myself voting for Feigenholtz (I live in the Illinois 1st Congressional, where Bobby L. Rush has run for so long against only token opposition). She has been a credible public official in Springfield since the moment she replaced the whiny and ineffectual former state Rep. Ellis Levin at the Statehouse.

The political realist in me doesn’t blame Feigenholtz for playing hardball with trying to raise campaign cash. She is going to need every penny she can get. Former Sen. Paul Simon, D-Ill., often used to complain about how politicians had to devote time every workday to raising money if they wanted to assure their re-election.

Simon’s own final re-election bid in 1990 (against a weak GOP candidate, Lynn Martin) cost $8.4 million. It is in that environment that Feigenholtz is trying to raise enough money to ensure she can really make the trip to Capitol Hill AND be a credible member of Congress.

BUT IT BECOMES very hard to not burst into hysterics when reading a letter from someone that says (A) I have more money than everybody else, and (B) give me another $150.

Seriously, her fundraising pitch tells us that providing Friends of Sara with a $150 donation will allow Feigenholtz to pay for a campaign mailing that will reach 500 likely voters.

Do you really want to help Feigenholtz? Then give her a $500 donation – which will allow 2,000 people to receive Sara’s campaign mailings.

EDITOR’S NOTES: Sara Feigenholtz has compiled a credible record during her time (http://www.ilga.gov/house/Rep.asp?MemberID=912&GA=94) in Springfield, and she hopes to bring (http://www.saraforcongress.com/) a similar attitude to Washington.

Feigenholtz’ Congressional campaign will gain some national attention due to the fact that (http://blogs.suntimes.com/sweet/2009/01/emilys_list_backs_sara_feigenh.html) she is the only woman on the ballot.

Is it too much of a contradiction of terms for a “progressive” political official to have (http://www.suntimes.com/news/politics/1407378,CST-NWS-fifth01.article) “clout?”
Posted by Gregory Tejeda at 12:01 AM

I like your insight into this race. I also felt like that was sort of an odd pitch. I would be curious to the direct dollar amount response to that solicitation. The Feigenholtz campaign obviously needs the $ if it will overcome the machine backing of some of the other candidates.

I was surprised by the pitch where she bragged about how many staffers she already has on her campaign (18!). It makes the pitch sound more like "I need the money to pay all these people" than that she really needs it.

Like it or not, money is the gasoline of political campaigns. Whether or not a candidate actually wins depends on a bunch of other factors: like who's driving the car and where its pointed.

Lest we forget, it was Barack Obama's ability to raise large amounts of money through the internet that allowed him to build a superior campaign field operation and get his message out to voters who had never heard of him.

Feigenholtz's campaign is following the trail Obama blazed: using the internet as a fundraising tool to build a successful campaign and to attract additional media attention and public support.

and babs, while I can't be precisely certain of the number, if I'm not mistaken i think Obama had over 2,500 staffers on his campaign. Yes, those staffers earned salaries, they also worked 80+ hours per week doing essential work.

That's alot different than a candidate spending $25,000 a month on donuts.

She has all that money because she has worked 16 hour days, seven days a week for nearly 3 months. Also, because she has the fundraising experience. She had her own fundraising company before she was an elected official. She needs more money, because she intends to win and work hard for the people of the 5th district. Some elected officials are work horses and some are show horses. She spends her time working hard for her constituents as opposed to others who work hard to get in front of a TV camera. Whoever wins this campaign will need to raise close to a million dollars and have a great team put together.

Feigenholtz is either (a) lying about her money or (b) running out of gas.

So either she was lying then, she's lying now, or she hasn't raised much in the last month.

Meanwhile Fritchey is cleaning up on endorsements from organizations and other elected officials.

By the way to YDD - um, you're saying Feigenholtz should have 18 staffers because Obama had 2,500? Do the math. If Obama had 18 staffers per congressional district he would have had almost 8,000 employees. Admit it, Sara's campaign is way top-heavy and all those staffers are bleeding her contributions dry.

A quick look on the Illinois State Board of Elections Site is intriguing:

On that page I see donations from pharma companies Boehringer Ingelheim Pharmaceuticals, Glaxo, Johnson & Johnson, Merck, Pfizer, Wyeth; from The Pharmaceutical Research and Manufacturers of America and from healthcare providers Humana and Integris.

This may well be business as usual - but it's not clear that's what's needed right now in Congress.

To the anonymous who came before this post: Yup whoever is going to win will probably need to raise a lot of money - but how and from whom matters.

She had raised $300K as of the last reporting period, and reported how much other candidates had raised as of then as well. Next time there's a reporting, we'll know where ALL of the candidates stand. Wanna bet your candidate ain't in front, and Feigenholtz is?

As I've said before, this race will see:

1) Fritchey and Feigenholtz attack Quigley as an ally of Todd Stroger;

2) Quigley and Feigenholtz attack Fritchey as being tied to City Hall;

3) Fritchey and Quigley attack Feigenholtz as "beholden" to special interests.

- Feigenholtz has been a leader on the fight to expand state subsidies for HIV/AIDS related drugs, a move supported by drug companies AND her constituents. BTW, I'm guessing both Fritchey and Quigley support the subsidies as well.

- Feigenholtz co-sponsored legislation with Barack Obama (at the request of Dick Durbin) to ban the deadly unregulated, over-the-counter drug ephedra in Illinois. Illinois was the first state to do so, prompted by the FDA's failure to act. Licensed, prescription drug companies supported the ban.

- Feigenholtz voted - REPEATEDLY - against the drug companies and with seniors to create a statewide prescription drug program for seniors.

- Feigenholtz voted - REPEATEDLY - against the drug companies and with consumers to protect their right to go to court if they are injured by a dangerous drug.

While you don't have to get up until after 1 pm to sling mud on behalf of Fritchey and Quigley, your gonna have to do better than that to make it stick.

Sara Feigenholtz is honest, ethical & hard-working. What more can we ask for in selecting our new representative in congress?

While Fritchey, Quigley and the professor each have some appeal -- none of them come even close to the class, accessibility & the ability to relate to real hard-working constituents like Sara does.

As far as the original post re. money. What's the news here?
Everyone knows that successful campaigns must have $$.
So, what's wrong with showing her viability?
In case you haven't noticed, women are still unfortunately new to the political game and always need to prove viability in order to be taken seriously.

Let's hope everyone takes Sara's campaign seriously and backs the best choice for the 5th CD member of congress.

Feigenholtz chairs the Appropriations Committee in the Illinois House ..... that's the largest reason she's attracted so much money. It's more pay to play than grassroots. BTW: we'd probably be better off keeping her in the IL House with her seniority and chairmanship.