Are the White Sox putting themselves on the verge of Obama overkill?

I’m curious to see what happens Wednesday in Glendale, Ariz. 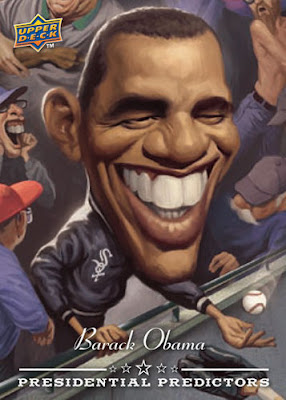 This is the day at which the Chicago White Sox are hoping to have a “special guest” visit them at their new spring training facility in the suburbs of Phoenix. The team is trying to take advantage of the fact that all the political people of any significance in Chicago root for them (compared to the Cubs, whose biggest political fan is now-impeached Gov. Rod Blagojevich).

AMONG THOSE PEOPLE who root for the White Sox is the guy who lives in the White House.

Yes, Barack Obama is doing his tour of the U.S. to tout the benefits of the now-approved stimulus package that Republican politicos will be all too quick to demonize if it doesn’t work 100 percent perfectly.

And with that tour bringing him to the Southwestern U.S. on Wednesday, White Sox officials figured perhaps they could get the president to show up.

Considering that Obama these days is behaving as though he’s still on the campaign trail rather than serving as the Leader of the Free World, perhaps it would only be natural for him to show up at a ballpark and let himself be seen with the White Sox pitchers and catchers who are required to show up early.

THE BIG GUNS of the White Sox lineup (including Jim Thome, whose home-run in that tie-breaking end-of-season game last October gave the Sox the division title over the Minnesota Twins) won’t be on hand for another couple of weeks.

Yet I really want to believe that an executive of any type (except for the chairman of the White Sox, Jerry Reinsdorf) is too busy these days to be spending a leisurely day (or even just an hour or so) at the ballpark.

Not that this is the only opportunity Obama is being offered to help tout the ball club that represents Chicago’s South Side.

The White Sox also have offered to have him be present to do “first pitch” honors at their opening game of the 2009 season against the Kansas City Royals. Considering that the president usually gets the first pitch duties at the opening game of the entire season, it would serve to put the White Sox in a prominent point of the Major League Baseball schedule if it were to happen.

BUT SHOULD IT turn out to be impossible for Obama to be back in Chicago to attend a game at U.S. Cellular Field in early April, there’s also another chance for the president to do some sort of White Sox-related duty.

The Charlotte Knights, a professional baseball club in the International League, also wants Obama to do the “first pitch” honors at one of their games.

But the fact that the Charlotte team is the top-level minor league affiliate of the White Sox could give Obama a chance to show off that ratty old cap he persists in wearing. Perhaps he can even figure out a way to do some politicking in North Carolina in conjunction with the ball game.

MY POINT IN engaging in this diatribe is to wonder if the White Sox are getting a tad ridiculous in their promoting the fact that when Obama was a South Side resident, he was inclined to go along with his neighborhood ties and attend games at 35th Street and Bill Veeck Drive (a.k.a., Shields Avenue).

It borders on tacky behavior for the White Sox (who even have a portion of their team website devoted to the fact that Obama does not wear the baby-blue and red cap of the Chicago Cubs) to continually tout his presence.

It is more obnoxious than those television spots the team used a few years ago that gave us reasons why the White Sox were superior that included as their ultimate reason, “The Mayor Likes Us Better.”

True sports fandom is something that can’t be forced, although it can be cheapened with such repetitive (and ridiculous) stunts as constantly trying to remind us whose cap Obama chooses to wear when he goes jogging, or shopping, or engages in any casual activity.

IT MAY GET to the point where some people try to dump on the White Sox because Obama is aligned with them.

I couldn’t help but notice that Topps Chewing Gum (the people who for decades have done baseball cards) came out with a 90-card set that depicts the political life of Obama. One card uses the photograph of Obama in a jersey and cap throwing out the first pitch prior to one of the American League playoff games from 2005 (what a wonderful year).

But in that photo, the Old English Script “Sox” logo has been airbrushed off the jersey and cap. The end result looks generic, and some people might see the dark pinstripes on the jersey and presume he’s wearing a New York Yankees outfit.

I’m sure the very thought makes many a South Sider shudder almost as much as the sight of that Obama-themed White Sox cap that is now for sale.

BUT IF THE White Sox had much in the way of sense (I wonder at times), they’d ease up on trying to ram down our throats at every opportunity the fact that Obama is not among the people who dance with glee every time they get within a half-mile of Clark and Addison streets.

We’ve all seen him in the “Sox” cap. We get it. Quit behaving in ways that make being a “Sox” fan seem as tacky as the sight of Blagojevich in that Cubs jersey with his name sewn on his back shoulders.

Photograph provided by State of Illinois. 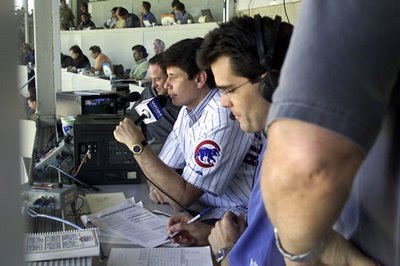 I don't think so...at least I hope not. However if this happens, the Sox get popularity and so will Obama. If so then it's a win-win for them I guess.