What a wimpy response!

Perhaps it was the ghost of Lee Elia lingering in a corner of the manager’s office at Wrigley Field, but someone clamped their hand over the mouth of Chicago Cubs manager Lou Piniella.

The Elia diatribe (which White Sox fans love to quo 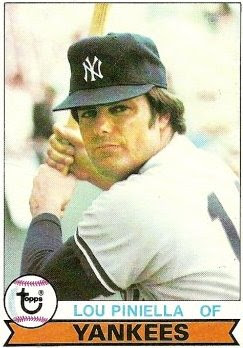 te, particularly the part about 85 percent of the world working for a living, and the rest being Cubs fans) has become the standard by which all baseball managers are judged when they lose their tempers.

PINIELLA HAD THE potential to top it when he was asked following a particularly pathetic Cubs loss to the Milwaukee Brewers whether he had considered replacing star hitter (but lame defensive player) Alfonso Soriano in left field.

“You’re damn right I thought about it,” Piniella snapped. “You think I’m stupid or something?”

But then, he silenced himself, although the look in his eyes gave the impression of someone who had many dozens more words to say.

Which is too bad, because if ever there was a baseball personage with the potential to top Elia’s obscenity-laced schpiel of 26 years ago (it repeatedly implied that in addition to being unemployed, Cubs fans are the types of people who perform certain sex acts often featured in pornographic films), it is Piniella.

PINIELLA THE BALLPLAYER was actually a favorite of mine when I was a kid who actually enjoyed the on-field antics of the 1970s-era New York Yankees (particularly the play of former White Sox players Rich Gossage and Bucky Dent). It’s hard to say how many baseball dugout water coolers got bashed beyond repair because Piniella took out his on-field frustration on someone else’s drink of water.

That same attitude was maintained during his managerial stints in New York, Cincinnati, Seattle and Tampa Bay. Although the one time I covered him as a reporter (the first round of the 2000 American League playoffs, when the White Sox got stomped by Piniella's Mariners), he was mellow and in good cheer. I guess winning does that to you.

I always wondered just how Piniella would cope with the notion of being affiliated with the Chicago Cubs. The organization’s losing ways were bound to make him crack, and are bound to put a blot on his baseball career – similar to how Dusty Baker may have won a division title in his first year as a Cubs manager, but finished his four-year stint in Chicago with a losing record.

Despite his attempt at manners on Thursday, I wonder when the memorable outburst will come. There’s no way “Sweet Lou” is going to be able to “stifle” himself forever.