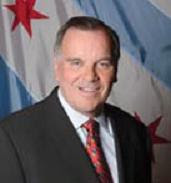 ll remember when Richard M. Daley ran what turned out to be his first successful mayoral campaign, allies of opponent Tim Evans (then an alderman, now a judge) tried to tag the “son of ‘Hizzoner’,” with that label.

I CAN REMEMBER the phrase sticking for awhile. People in Chicago would say “Dumb Dumb,” and everybody knew who they were referring to. Yet that didn’t stop them from voting for Daley over Evans, or for continuing to pick Daley to be mayor of the Second City for the bulk of the past two decades

Richard M. inherited from his father, Richard J. (the man both beloved and despised by a certain generation of Chicagoans), the ability to come off as every man – providing an image that allows people to think he’s just like themselves, even though the Daleys have led lives in Chicago politics the bulk of us could never identify with.

Consider that Barack Obama is the guy who was raised by a single mother who struggled financially at times and had to work hard to gain the financial aid that allowed him to get a top-flight education, while Daley is a product of a political family that set the stage for him to someday run for office (Illinois Senate, then Cook County state’s attorney, before becoming mayor) and be a Chicago big shot.

Yet Obama is the guy who gets tagged with being an “elitist” who can’t identify with the common man, and Daley is seen as the guy who still lives in the neighborhood (he left Bridgeport years ago) and probably enjoyed playing slow-pitch softball while guzzling beer – just like everybody else. 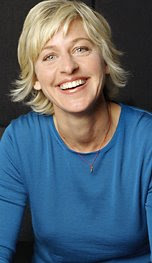 Daley’s participation was due to the fact that DeGeneres is doing an episode of her show from Chicago, and the producers wanted to include Chicago’s preeminent resident.

Now I have read a couple of Internet rants that claim shame that Daley wouldn’t know the name of one of talk television’s top names these days. “Muttering, stuttering, illiterate” and “Mayor Knucklehead” are just a couple of the tags from people who are upset that Daley has more important things to do with his life than keep straight the name of the latest person who is important just from having been on television.

But Chicagoans, by and large, are not going to hold this against Richie. How many of us have managed to blow a name?

I’D ARGUE THAT “Helen” and “Ellen” may very well be a slip of the tongue, or a product of Daley’s “Chicagoese” – which itself is a product of the old Irish brogue mixed with Midwestern nasally twang, and exposure to the hundreds of other ethnic accents that have passed through Chicago in its more than 170 years of existence.

“Helen DeGeneres” is far from the most outrageous thing I have heard come from Daley’s mouth. I vote for, “I’m pro-death. Let’s get on with it,” to a question about capital punishment, although some people I know still remember the line, “If you had a rat in your sandwich, you’d want to know,” to a question about restaurant cleanliness.

It’s just a blunt-spoken way of talking that people think of as being honest – even at times when Daley is going out of his way to say as little as possible. For those people who like sports analogies, “Daley-speak” is similar to “Stengel-ese,” the comical, twisted, overly-convoluted way that former New York Yankees manager Casey Stengel used to express his thoughts about baseball.

It made him a character in baseball circles, and Daley has become a similar colorful personality in the world of electoral politics – which is ironic because Daley the personality can be so average that he’d be deadly dull if he didn’t mangle his syntax every now and then.

IT IS THIS image that enables Daley to escape the corrupt culture of Chicago politics.

So many times, there are political scandals that convince political observers that the mayor is on the verge of losing everything. I can still remember the debates from political people utterly confused about why the world of “Hired Truck” was not resulting in Daley’s defeat in the 2007 mayoral election.

These people couldn’t figure out why Daley was running so far ahead of his opposition, which was hardly putting up a fight at all.

It is that image of “everyman” that Daley can put forth with his gobbledygook and gaffes. Daley is one of those people who could only be brought down on Election Day if a federal indictment were to be issued against him.

IN FACT, DALEY might very well be the one Chicago politico who could win re-election even with an indictment against him.

A part of me wonders if it would take Daley literally being carted off to jail to break his power over City Hall, or if he would turn out to be like so many Mafioso who supposedly oversee organized crime from their jail cells.

If it turned out that Daley did covertly give orders from “the big house,” there’d be a segment of Chicagoans who wouldn’t be the least bit offended. They'd be the ones who would hold candlelight vigils for Daley.

If that sounds appalling to you, keep in mind that "the Chicago way" is the mentality that U.S. Attorney Patrick Fitzgerald has had to fight his way through as he oversees many investigations of municipal corruption in northern Illinois.

SO WHAT SHOULD we make of Mayor “Dumb Dumb?”

I honestly thought DeGeneres herself handled the situation the best, cracking wise that Daley should remember her as the woman named after the city’s mass-transit system – the “El” (for “Ellen,” get it?)

She also tried to get Daley to go along with her show schtick, as she wanted him to dance with her at the end of the show’s opening number.

Of course, Daley wouldn’t dance, which probably made him appear to be even more of “a real guy” to the thousands of Chicagoans who couldn’t dance the Funky Chicken (or even the Chicken Dance) to save their lives.

Some people (http://chicagoist.com/2008/05/04/uh_mayor_its_el.php) take verbal gaffes (http://www.suntimes.com/entertainment/television/931157,CST-NWS-ellen04.article) way too seriously, as noted by the reader commentary to these two pieces of copy.

Ellen does Chicago (http://ellen.warnerbros.com/thisweek/) in style, taping her show from Michigan Avenue. Somehow, I’d be more impressed if she had sought out the real Chicago, rather than the touristy version. How about a taping from 91st Street and Commercial Avenue?
Posted by Gregory Tejeda at 12:00 AM