Let me say up front that I would not eat foie gras. Not because I feel some desire to be sympathetic to the physical suffering of ducks and geese, but because their fatty livers sound unappetizing – and unhealthy for human consumption.

To me, the idea that foie gras (along with caviar, if you must know the truth) is considered some sort of elite delicacy is just evidence that having money and a “sophisticated” palate does not automatically translate into common sense.

THEN AGAIN, I am a fan of that Mexican soup known as menudo, and I have known many people in my life who get repulsed at the thought of eating a soup based on tripe – with a pig’s foot thrown into the mix to add some flavor.

So what one manages to consume in the name of nourishment is a personal taste. I suppose in theory I should be pleased that the Chicago City Council this week repealed the ban they imposed nearly two years ago on the serving of foie gras in city-based restaurants. I’m not.

Personally, I find the way in which the political geeks who walk the halls of City Hall went about this issue to be an embarrassment – besmirching the city’s reputation almost as much as the losing ways of the Chicago Cubs. 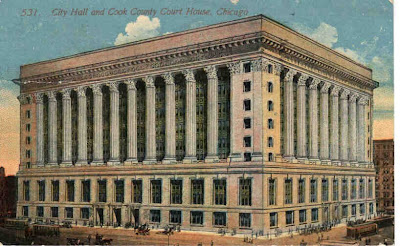 It was here that the City Council twice managed to make itself look ridiculous -- back in '06 when they banned foie gras and again this week when they strong-armed it back onto the plates of a tiny minority of Chicagoans.

City officials imposed the ban in 2006 amidst high-minded talk of being disgusted by the cruel treatment given to ducks in order to get their livers so that foie gras can be produced. It put the City Council in line with the animal rights activists of the world and gave the government body a touch of sophistication.

WHO KNEW THE “shot-and-beer” type of guys who make up a majority of the City Hall crowd even knew what foie gras was?

But the word going around political circles is that Mayor Richard M. Daley has been embarrassed by the national attention given to the city because of the issue. So he thought he would undo the embarrassment.

But using parliamentary procedures to push for a vote with NO debate permitted is the true embarrassment. If anything, Daley had the city repeal its high-minded moment of sophistication with a political maneuver worthy of the old days of “The Machine.”

And now, people really will laugh at the mention of Chicago, whose officials behaved like a batch of hicks dressed in slightly nicer suits. It looks like one-time alderman "Paddy" Bauler is still right, “Chicago ain’t ready for reform.”

So what other random thoughts am I flushing from my mind so as to clear me out fresh for next week?

I GUESS HE’S ALREADY LOOKING TO TERM TWO: People have accused me of having a morbid sense of humor when I joke that the current War in Iraq will deliberately be dragged on beyond the political terms of the government officials currently in office.

But now, there’s evidence that even the prospective new politicos will use the concept of the United States at war as their on-the-job status quo.

Republican presidential hopeful John McCain said this week he doesn’t see an end to the war until (at earliest) early 2013, which is about the time that McCain would like to be taking the oath of office for his second term as president.

I guess he’s already committed to being a “wartime” president who will “talk tough” with the rest of the world. In reality, it would make him more of a buffoon, quite possibly making George W. Bush look downright eloquent by comparison.

As far as I’m concerned, that one comment by McCain alone ought to be enough reason to vote for Barack Obama – even though I’m realistic enough to know the U.S. is stuck in this Iraq situation indefinitely. No one (not even Obama) is going to be able to give the American people what they really want – an immediate end to the conflict and return home of U.S. troops.

JAMAICA?!?: I have family in and around Tinley Park and spend enough time in the area to know local residents are disgusted that an arrest has not yet been made in the Feb. 2 quintuple slaying at a Lane Bryant store in the southwest suburb.

I have heard it pass through the rumor mill that the suspect managed to get out of the continental United States, and supposedly was last seen in Jamaica. Who knows if there’s any truth to that? Probably not.

What police are trying to do these days is go over every single bit of forensic evidence, making sure that there isn’t some stray hair or partial fingerprint that could tell them for sure who they are looking for (on the theory that anyone crazy enough to kill five people on a calm Saturday morning likely has committed other crimes).

That got some locals worked up when they saw television news crews hanging around the police station and the Brookside Marketplace, wondering if an arrest of some sort had been made. It hadn’t.

All that came out of it was the words of wisdom of Tinley Park Police Commander Phil Valois, who told the Chicago Tribune and other news organizations that the delay in making an arrest is understandable. “It’s not like CSI. It doesn’t happen that quickly.”

WHAT A BATCH OF NIT-WITS: How can anyone not think that a t-shirt mocking the physical characteristics and accented English speech of Japanese people is not offensive?

Yet that’s the argument we get from Chicago Cubs fans and the street vendors who peddle the t-shirts at stands outside of Wrigley Field. For once, the Cubs themselves deserve a little praise – using their economic muscle to crack down on vendors who sell licensed merchandise to get them to stop selling the t-shirts.

Yet we have all those unlicensed vendors – who could face arrest for violating copyright laws (the t-shirts are a takeoff on the Chicago Cubs logo, which is property of Major League Baseball. They are justifying their “product” as a way to make money, and something that is “not blatantly racist.”

Yet Cubs outfielder Kosuke Fukudome, the man to whom the shirts supposedly pay homage, has called them offensive. What more do they need to hear?

AND ON A FINAL NOTE: Playboy put together a listing of the sexiest governors in the United States, to be published in their next issue. Our very own Rod Blagojevich did not make the list.

Republican presidential hopeful John McCain wants to convince the roughly one-quarter of the electorate that still respects George Bush the younger that he will not undermine the memory (http://afp.google.com/article/ALeqM5hbCmBtngjhCgiSJi5lKfvNXxOqNw) of the war that will be “Dubya’s” political legacy.

More than one quarter of a year has passed since five women were slain at a Lane Bryant store (http://www.chicagotribune.com/news/local/chi-lane_bryant_16may16,0,782025.story) in suburban Tinley Park. Here’s hoping this does not become the 21st Century version of the Brown’s Chicken slayings in Palatine, which took nearly a decade to solve.

Fifty bucks on e-Bay? Some people (http://www.chicagotribune.com/news/chi-16-cubs-fukudome-kosuke-chicmay16,0,6636753.story) just have too much expendable cash to spend.

Patti Blagojevich can relax; the strippers hired by Playboy to pick out the “sexiest” governors (http://www.startribune.com/politics/18928314.html) had no interest in her husband. If anything, she’d make a list of the sexiest gubernatorial spouses.
Posted by Gregory Tejeda at 12:01 AM