Did Obama surrender Ind. to Clinton?

When Hoosiers – that unique breed of individual that calls Indiana its home – cast their ballots on Tuesday, a majority of them likely are going to support the presidential candidacy of Democrat Hillary R. Clinton.

I know, I know. That’s a real “bold” observation, ranking up 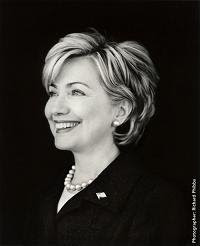 there with noting that the Chicago White Sox do not wear white socks with their uniforms.

BUT WATCHING CLINTON make a priority of campaigning throughout Indiana, while Obama at times appeared as though he’d rather be elsewhere, means it won't surprise me in the least when/if a majority of Hoosiers who vote in the Democratic primary choose Clinton over Obama.

What is important is for people who are looking for some sort of number or statistic to support (or dispel) the idea that Obama’s campaign is shriveling up, the fact that he lost in Indiana ought not be used to bolster their argument.

I lost count of the number of times Clinton appeared in Indiana in the past two weeks, including Lake County – the portion of the state that is an extension of the Chicago area.

Conventional wisdom three weeks ago had Clinton focusing her campaign activity on the rural parts of the state where she might be able to make Obama appear to be some sort of urban freak (not regarding the fact that she’s really not all that different in that aspect).

INSTEAD, SHE SPENT her time “eating off Obama’s plate,” so to speak, making her own appeals to the Hoosiers to whom Chicago is a daily reality, no 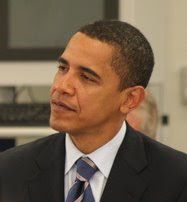 t some scary abstract concept. She made at least five trips to the region (there may be more, I literally lost count) that was considered to be the heart of Obama’s only chance to “win” Indiana.

Obama made two trips, although he had his wife, Michelle, make a Monday night campaign stop in Gary as her final bit of activity before she got a couple of hours of sleep prior to Election Day.

That could be why a poll taken by JEM Research for the Times of Northwest Indiana newspaper showed Clinton with a substantial 46 percent to 33 percent lead over Obama in Lake and Porter counties. Of the 19 percent that did not pick either, just over half said they truly were undecided, and not leaning to one candidate or the other.

Statewide, a Zogby International poll released Monday showed Obama with a very slight (statistically, it is a tie) lead over Clinton, 44 percent to 42 percent, with another 15 percent saying they wished there was another candidate on the ballot – and 33 percent of those people saying they were significantly turned off to Obama because of the activity of his former pastor, the Rev. Jeremiah Wright.

AS I SEE it, Clinton is going to take the portion of Indiana that ought to be Obama’s foothold, and take the state as a whole. Her percentage of the state’s 72 delegates, however, will be barely more than half. Indiana is not going to be the place that allows her to significantly close the gap in delegate counts – where Obama still leads due to that 12-state primary election and caucus victory streak he ran up a couple of months ago.

Some Obama backers in Indiana are trying to make something significant out of the fact that of the roughly 127,000 absentee ballots cast early across the state, about 20 percent come from three counties where Obama could have significant support – the aforementioned Lake County, Marion County which has Indianapolis, and Monroe County which has the college town of Bloomington.

That could be a lot of early votes cast for Obama that could come into play if ballots cast Tuesday turn out to an extremely close election.

It sounds impressive – one of every five votes coming from those three counties, until one takes into account that the three counties are among Indiana’s post populous – they account for about 1.5 million of the state’s 6.31 million population. When you provide about one of every four people in the state, a 20 percent total is not all that impressive.

OBAMA’S PROBLEM IN Indiana is understandable.

He has been getting hammered by the conservative partisans who are trying to play politics and stir up race-motivated allegations against him, in hopes of persuading a number of blue collar white voters to vote for anybody but Obama.

So his natural response is to focus attention on his hard-core supporters, to ensure that they do not suddenly defect. Keeping the hard-core Barack backers from deciding they could live with Hillary as president is a necessity.

That is why Obama’s attention in recent weeks has focused so much more on North Carolina, which also is having its primary election Tuesday. That state’s 134 electors make it an even larger prize than Indiana.

THERE, LIKE MANY other southern states, the bulk of the Democratic Party these days is the African-American vote, which has remained loyal to Obama at a time when some people want us to believe he sympathizes either with black racists or hippie terrorists.

It’s no surprise that the same Zogby International poll showing a tight race in Indiana has Obama with a nice lead over Clinton, 48 percent to 40 percent – with 13 percent more remaining undecided.

Obama probably wishes he could have spent Monday in North Carolina, rather than having to make a campaign appearance in Evansville to try to reduce the margin by which he will lose Tuesday in Indiana.

A victory in North Carolina along with a narrow loss to Clinton would be a good Tuesday night outcome for Obama. It would give him another check in the “win” column and keep Indiana from hurting him too much.

NOW I WILL be the first to admit my knowledge of Indiana politics is crude. It is nowhere near as in depth as my understanding of Illinois. There may be some inherent factor I am overlooking, although much of rural Indiana strikes me as remarkably similar to rural Illinois. And Indianapolis bears some resemblance to Peoria.

So I don’t think I’m totally off base in thinking that the “rest of Indiana” will overcome the urban portions where Obama might get some support. To me, a Clinton victory is an obvious conclusion.

But for those who have a problem with my attempt at analysis here, I think I deserve a bit of credit for not being as vapid as some of the pre-Election Day analysis being peddled on television Monday night.

The most trite comment I heard came from the mouth of Katie Couric, who opened the CBS Evening News Monday night by saying the Indiana election either would, “end the battle (for president), or keep it going once again.”

EDITOR’S NOTES: I’m not alone in thinking the real Hoosier preference for president (http://www.chicagotribune.com/news/nationworld/chi-indiana-economy_bdapr27,1,102766.story) is neither Clinton nor Obama. It is John McCain.

Has the New York Times’ “big picture” view of the world enabled them to see a trend in Indiana? Or, is the “gray lady” of 42nd Street just giving us the East Coast elitist view (http://www.nytimes.com/2008/04/24/us/politics/24indiana.html?_r=1&oref=slogin) of what Hoosiers think?

What do the British make (http://www.independent.co.uk/news/world/americas/obama-woos-conservative-indiana-in-latest-democrat-battleground-821611.html) of the Indiana campaign?

How important is this observation (http://www.imadeamesss.com/2008/05/indiana-and-obama-things-are-looking.html)? I can’t help but think a 20 percent figure from those three counties is not all that significant.
Posted by Gregory Tejeda at 12:03 AM