If I were in Barack Obama’s position these days, I’d be less 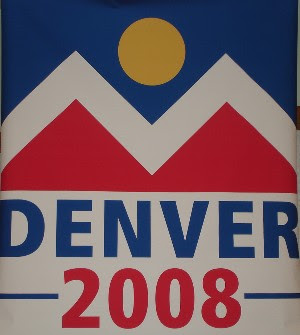 worried about the upcoming primary elections and focusing my attention on keeping my super-delegates happy.

Those super-delegates are the party big-wigs in states across the country, and it is plainly obvious that they are going to be the ones who ultimately decide who gets the Democratic Party’s nomination for president in the 2008 elections.

I WILL GO so far as to predict that Obama’s presidential campaign will win May 20 in Oregon and June 3 in South Dakota, while opponent Hillary R. Clinton will win Tuesday in West Virginia, May 20 in Kentucky and June 3 in Montana.

About the only questionable remaining primary is the one scheduled for June 1 in Puerto Rico. Political amateurs presume Hillary’s “Hispanic love” will get her the victory, but anyone who carefully notices the results of Latino voters in other states will note there is a difference in the views of Mexican-American voters and Puerto Ricans who cast ballots.

The former group is the basis of Clinton’s large Latino voter majorities in most states, while Puerto Ricans who live on the mainland have shown slight support for Obama. There’s also the fact that one of the biggest Puerto Rican politicos in this country is Rep. Luis Gutierrez, D-Ill., who has been an Obama supporter since the beginning of the campaign.

But the last three paragraphs are really nothing more than political trivia. It doesn’t matter who wins what state. Whether I turn out to be 100 percent correct (or wrong) in my predictions doesn’t matter.

NEITHER OBAMA NOR Clinton will get enough of the pledged type of delegates to win the nomination. The party powers that be are going to be the ones who decide who gets to run for president this year, and they will do so the last week of August in Denver – even though the primaries come to an end in early June.

I do not expect Clinton to drop out of the race. She has dipped into the fortune her and former President Bill Clinton have amassed through advances on book deals and the speaking engagements the potential first gentleman can charge for his time these days.

She is going to spend the rest of the spring trying to win every single delegate she can take.

Then, while many of us will have thoughts of summer vacations, Hillary will focus her attention on delegate “theft.”

SOME OF THE super-delegates have gone so far as to declare which Democrat they would support for president, but we need to remember there is nothing that legally binds them to such a declaration.

There is no reason why Clinton can’t approach those people who have talked up Obama and try to persuade them to back her instead. In some cases, she may very well appeal to past political favors – and may go so far as to twist some arms (so to speak) to force people to back away from their previous talk in support of Obama.

For some people whom she has denounced, Clinton may very well offer an “amnesty” of sorts – vote for Hillary and your treasonous talk of the past few months might be forgiven.

Who knows? Maybe even New Mexico Gov. Bill Richardson will be forgiven if, in mid-July, he were to publicly say he suffered from a bout of springtime stupidity, and now sees the error of his ways and backs Hillary Clinton instead of Obama.

WITH SUCH PRESSURE ahead, it is no wonder that the super delegates who have yet to announce their preference (including Chicago’s very own Rep. Rahm Emanuel, D-Ill.) are going out of their way to be extremely close-mouthed.

A little bit of pressure from reporter-types asking them who they support is preferable to the hard-core press Clinton would put on them, if they came out publicly for Obama.

This is a campaign that will go down to the final days. Ultimately, the only thing from a super-delegate that will matter is how he or she casts a vote on that day during the Democratic National Convention when the role call of the states is taken.

Obama is going to have to baby-sit his super-delegates all throughout the summer to ensure there are not significant numbers of individuals who experience “changes of heart” and decide to change their minds.

NOW SOME PEOPLE might think I am over-reacting. Hillary Clinton would NEVER stoop so low as to try to steal super-delegates. It’s not like she would dig into past favors or perhaps dredge up some negative information about individuals to pressure them into changing their minds.

Yeah, right. That’s exactly what I expect to happen.

This is the person who has dug up the GOP playbook and started off many of the negative attacks that the campaign of John McCain will perfect in the autumn months, should Obama become the Democratic nominee for president.

Of course, we shouldn’t follow into the trap of thinking of Obama as “St. Barack.” If the primary season ends in early June with Obama having only a slight delegate lead and a couple hundred super-delegates refusing to say anything until the last minute, I expect he will make his own appeals to the Clinton-supporting super delegates – trying to see if he can get some of them to change their mind and back him come the Democratic National Convention in Denver.

THIS IS POWER politics at work, and Obama is capable of playing hardball as much as any other politico. If he weren’t capable of doing it, he never would have gotten elected in the world of Chicago politics.

This is, after all, the man who won his first bid for the Illinois Senate by getting the incumbent senator from his home district kicked off the ballot for filing inadequate nominating petitions – thereby allowing him to run unopposed.

Alice Palmer might very well have had flawed nominating petitions (not enough valid signatures of support). But a true “goo goo” (good government type) would have talked of allowing “the voters” to decide, and would not have had the nerve to use a technicality to ensure his electoral victory in 1996.

IT WOULDN’T SURPRISE me if Team Obama were, at this very moment, searching the books related to election law, trying to find some way to legally force Clinton into backing down, because he knows she isn’t going to quit any other way.

Basically, he’s looking to do her in, before she can do him in.

That is the level of politics to which the ’08 presidential primary has declined – and it also is the reason that this is one of the few election cycles of our lifetimes that will be remembered by historians.

EDITOR’S NOTES: Here is a weblog devoted to keeping track of how many delegates and super delegates (http://demconwatch.blogspot.com/) each Democratic presidential candidate has. This site is going to continue to change throughout the summer months.

Hillary R. Clinton must be making the American people happy. The latest Gallup Organization poll (http://www.gallup.com/poll/107029/Most-Democrats-Eager-Either-Candidate-Drop.aspx) shows three-fifths of the people surveyed do not want her to drop out of the primary election.

For those who think super delegates will overrule the will of the American people, it is important (http://www.cnn.com/2008/POLITICS/02/14/superdelegates/index.html) to realize that the mood of the Democratic Party is split fairly evenly between Clinton and Barack Obama. Super delegates will be asked to break what essentially is a tie between the two.
Posted by Gregory Tejeda at 12:01 AM