Playing politics with the tax man; is the voting public just like Rhett Butler?

Yes, it’s just a politically partisan stunt, bordering on trivial, for a group calling itself the Democratic Coalition Against Trump to try to use the Freedom of Information Act to get the Internal Revenue Service to release information concerning the income tax returns of Republican presidential nominee Donald Trump.
I write that because I don’t expect the IRS to take seriously a request by a group that specifically has created itself in recent months to oppose Trump’s fantasies of running roughshod over the Republic by becoming its president.

BUT THAT DOESN’T mean the issue of Trump and his income tax returns isn’t something of significance – although I don’t regard it as the be-all-and-end-all issue that some would have us believe it means.

It is a practice going back to the days of Richard M. Nixon, who wanted to respond to the allegations of illegal activity and the fact that only the most hard-core of political partisans believed him when he said “I am not a crook” by letting us know the personal information about his finances.

Of course, they’re not in so many ways. But they’d like us to think so.

BUT THIS PRACTICE is being altered in this election cycle. For Democrat Hillary Clinton came forth with her tax return, which shows that she and husband Bill Clinton are doing well financially.

An income of just over $10 million – largely because the former president is involved with his foundation that raises funds for supposedly good causes, and Hillary has been active on the speaker circuit and can command ridiculously high rates for her appearances.

So yes, we can see for ourselves where Hillary is coming from – although I found it interesting to read the recent New York Times story about the two-year time period after Bill Clinton lost an Arkansas governor election and she had to work her butt off to support him financially while his ego recovered from political rejection.
This may actually be of importance to some people who don’t have a knee-jerk hatred of a candidate and don’t know who they’re voting for yet.

BUT WHAT DO we have of comparable value about Trump? Nothing!!!!!!!!!

He has refused to make anything known of his finances. What do we really know of the Trump Organization and its CEO? Not a thing!

There has been some speculation that what Trump doesn’t want known is his actual financial worth – which may not be as high as he likes to give the impression of in public. His ego would take a blow, and yes Trump is nothing else if not an egomaniac!

Although his attitude also reminds me of the never-quite-came-to-fruition New York gubernatorial campaign of radio talk show host Howard Stern. He talked a lot of trash about public policy, but wound up dropping out when he learned there were legal requirements concerning personal financial disclosure.

HE DENOUNCED THE system that would make him reveal his wealth, which with all the different mediums in which he has his finger dipped into is quite sufficient.

Trump, who at one time was a regular guest on Stern’s radio program because he was entertaining with the garishness of his lifestyle, is giving us that same “It’s nobody’s business” approach. Which is why this election cycle will likely come and go without anything resembling a financial disclosure. 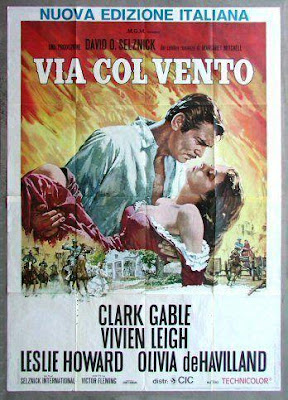 Besides, I suspect that the whole purpose of a tax return disclosure is to create the appearance of ordinariness. And the last thing Trump would ever want to appear to be is ordinary.

We’re supposed to think he’s better than us, which is why we’re supposed to place blind faith in him that all his goofy rhetoric won’t lead us (with apologies to that 2002 Tom Hanks film) down a road to perdition. Because some of us are likely just like the Rhett Butler character of "Gone With The Wind" and just "don't give a damn."