You can’t live in the past

I remember being a kid back in the 1970s with a mother who made a point of regularly watching the television news. And her newscast of choice was WBBM-TV.

As in the station of Bill and Walter. She was devoted to their take on the news, along with their colleagues such as Harry Porterfield, Brent Musberger, and the guy I most recall from that era, Bob Wallace – who used to do all kinds of feature-y pieces for the newscasts.

MY GUESS IS that the CBS owned-and-operated television station in Chicago has management who think the key to success in producing a ratings-successful local newscast is to bring back Bill and Walter, and count on old farts like myself (and my mother, who shifted over to WLS-TV news after WFLD-TV let Jacobson go a few years ago) to tune in for nostalgia’s sake.

That attitude worked last year, when Kurtis and Jacobson were used to anchor a single 10 p.m. newscast, with the idea being that they were fill-ins for regular news anchor Rob Johnson. It was a one-time stunt, it was cute, and it gave the station some attention.

Since then, WBBM has tried to feed off the nostalgia factor by having Jacobson do “Perspective” pieces on a regular basis – although nowhere near as detailed or lengthy as the Walter Jacobson Perspective of old where Walter would get all worked up after his camera crews caught some Streets and Sanitation workers asleep on the job.

Now, he does straight opinion pieces. There’s nothing wrong with that (since it pretty much is the same thing one gets if they regularly read this weblog). But in some ways, it is a shallow shadow of what we once got from Jacobson.

WHICH IS HOW I expect the new pairing of Kurtis/Jacobson as the anchors of the 6 p.m. newscast to play itself out. Those people who remember how comprehensive the Channel 2 News was back in the old days will be disappointed.

Those people who are too young to remember those old days will probably watch once, then wonder to themselves what the big deal was about the sight of a couple old white guys – one of whom looks as though he needs a booster chair in order to do his job. 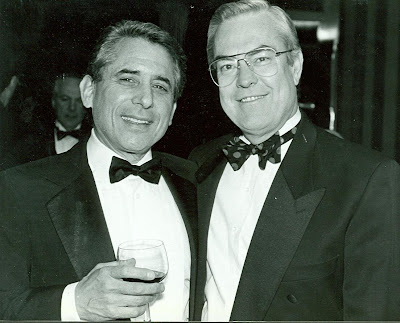 All the grey you'll see watching the Channel 2 News at 6 p.m. won't be due to black-and-white photography.

I’m not knocking the contributions of Kurtis and Jacobson to those old broadcasts I used to watch. They did set a tone of a serious newscast.

But when I think of those old newscasts, I find I remember the other players just as much. Porterfield’s “Someone you should know” segments, or the fact that Musberger literally was once the backup local sports guy (before he became a nationally-known CBS Sports anchor).

JOHN DRUMMOND’S MOB and crime reports before the “Bulldog” became a parody of himself. And yes, I literally remember those old stories done by Wallace, who always seemed to be at a food festival eating something for Channel 2 News.

Without substance to a newscast like that, it really doesn’t matter what Kurtis or Jacobson say or do. Not that I’m bashing the current news crew at WBBM. I’m sure they’re trying their best to do a not-completely-trivial newscast within the constraints of the economics of broadcasting today.

But the anchors can only do so much, if the boat itself doesn’t amount to much.

If anything, I think the most significant change in Channel 2 newscasts in recent months is not the addition of Kurtis or Jacobson. It was letting long-time political reporter Mike Flannery leave to take a job with Chicago’s Fox affiliate.

NOT THAT I think Flannery himself is significant enough to raise that station out of its doldrums. But it shows that Channel 2 might want to give the image of going back to the old days. But they were not willing to do what was needed to keep that one old asset that was still producing quality work for them.

There’s also the fact that many of the younger crowd (the ones that want to rant that television news is “dead” because you can watch the snippets on the Internet at your convenience) aren’t going to want to be reminded of the past.

If anything, they probably view the significant part of Thursday’s announcement as the bit that Kate Sullivan is leaving her job with WCBS-TV in New York to anchor the 5 p 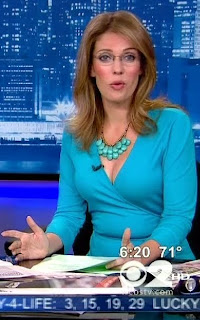 She talks about “returning” to the Midwest U.S. (she once worked for WSBT in South Bend, Ind.), yet I don’t sense any special knowledge about Chicago that will come from her.

NOT THAT IT will matter much. She has a certain “look” about her, which will be the illusion of authority to some (and an ability to make Internet-based pervs drool and post anonymous comments about her looks).

Which is an image that seems more important to broadcast news these days than any other factor – even a nostalgic trip back to the days when one of my all-time favorite television programs (Redd Foxx in “Sanford and Son”) was a big hit that I would watch right after the news.