I know I’m in the minority for thinking this way – but I actually believe that the criminal case against Rod Blagojevich is, at best, the third most i 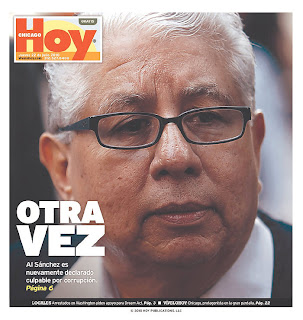 nteresting one to come up this summer at the Dirksen Building courthouse.

To me, much of what has been heard in testimony is merely evidence that Blagojevich was a goof, and more capable of talking trash than committing crimes. If anything, he was an amateur incapable of pulling off any schemes – which is what U.S. District Judge James Zagel alluded to when he was heard making a remark saying Blagojevich was a “.110 (hitter) in the D-minor leagues.”

ALTHOUGH I WONDER how many baseball fans under the age of 50 realize that the minor leagues ever extended down to the Class D level?

Personally, I take more interest in the other two court cases that have made the Summer of ’10 at the Dirksen Building a bizarre place to be.

We had the trial of Jon Burge, the one-time police commander on the far South Side who was found guilty of not telling the truth about his use of physical force during interrogations. Of course, had he told the truth, he would have been in significant amounts of trouble – since his idea of force is what many of us consider to be torture.

Then, we got the sequel to the criminal trial of Al Sanchez, the one-time head of the Hispanic Democratic Organization (which was supposed to be the part of the Democratic Party that locally pushed for Latino political empowerment).

SANCHEZ WAS FOUND guilty this week of using the oldest trick in the political handbook to achieve and maintain political influence. Sanchez also was head of the city Streets and Sanitation department, which means that people who did tasks that helped him maintain his poltiical influence were rewarded with city jobs – nearly 4,000 people worked for Sanchez’ department when he was a city commissioner.

The idea of driving around in a smelly truck and picking up peoples’ trash may sound unappealing to some, but I have known many people who ge 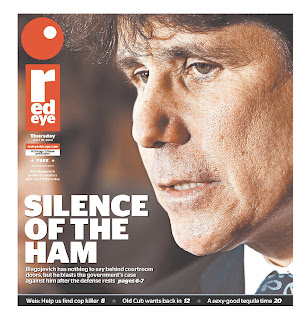 t over the fact that the stink of trash will stick to them after work by looking at the financial rewards and job security.

You can’t very well outsource trash pickup to a firm in India, can you?

So people were getting city jobs for doing work for campaigns favored by Sanchez and the HDO leadership (which gained the rightful reputation as an organization devoted more to picking Latinos who would be loyal to Daley, than trying to get Latinos elected to office in general). The degree to which they engaged in such activity became so blatant that the U.S. Attorney’s office got involved.

THAT IS WHY Sanchez was found guilty in 2009, and was again found guilty on Wednesday (that original conviction was tossed out by an appeals court because prosecutors did not let it be known that at least one key witness against Sanchez had a criminal record that could be seen as tainting his testimony).

The fact that this trial was a do-over, so to speak, is what caused it to get much less attention this time around, which is why I got a giggle over reading a commentary I wrote about a year ago, wondering if Sanchez had the potential to steal public attention away from Blagojevich.

I thought the fact that he was city government would have some sort of attention-grabbing appeal. It didn’t. It shows you how much I know.

But I really can’t help but wonder if this has become an instance where the more significant cases are getting less attention because of Milorod. Is it just that Blagojevich’s behavior is so comical at times that we can laugh at it, unlike the behavior of Burge (where people were beaten, then locked away in prison for many years – if not decades) or Sanchez (who was using his city government position to bolster his political position, and trying to disguise it under the noble concept of promoting Latino political empowerment).

I’M NOT KIDDING when I say that the behavior of Sanchez offends me, and Burge’s conduct is nauseating, whereas Blagojevich is more buffoonish than anything else. How else to think of the fact that Blagojevich may have been delusional enough to think he could force some sort of reward for himself in exchange for his appointment to the U.S. Senate seat from Illinois?

That seat was never actually sold, and it seems from some of the testimony that even Blagojevich eventually came to realize it wasn’t going to happen, that he wasn’t going to get anything.

Yet Sanchez turned his Hispanic Democratic Organization into a group that influenced city politics (and has several aldermen currently sitting who owe their initial elections to HDO), while Burge put people in prison who shouldn’t have had to endure such a fate.

Burge and Sanchez, however, have their defenders, while Blagojevich is the man whom many people these days want to believe is somehow the political Public Enemy Number One. That logic is just twisted.