We’re at the All-Star break, and the Chicago White Sox are in first place. Whodathunkit? 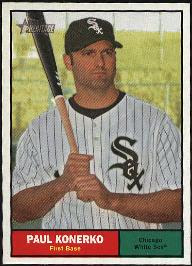 By beating up on the Kansas City Royals Sunday by a 15-5 score and with a little help from the Minnesota Twins (who beat the previous first-place occupant Detroit Tigers), the White Sox can claim sole possession of first place in their division as baseball takes its annual three-day mid-season break.

THE TOP BALLPLAYERS, including first baseman Paul Konerko, will be spending the next few days in Anaheim, Calif., not to check out Disneyland, but to play in the All-Star Game proper and partake in the various festivities (including the somewhat interesting minor league all-star exhibition and the over-bloated Home Run Derby).

For the rest of baseball, it is a time to relax.

Which might be a good thing for those local sports fans who would like to see the Blackhawks Stanley Cup championship followed up promptly with a White Sox appearance in the playoffs – if not the World Series itself.

I’m not sure how realistic that latter goal is, although I never believed this particular ballclub to be as bad as they played back at the beginning of the season (remember the point that lasted for a day or two when they were literally the worst team in the American League?)

BUT THEN AGAIN, I’m not counting a division title yet, even though baseball people like to think in cliches, and one of those being that the team in first place at mid-season likely will go on to win. (It used to be the team in first place on Independence Day would win the pennant, but so much has changed with the structure of baseball that it is no longer technically accurate). 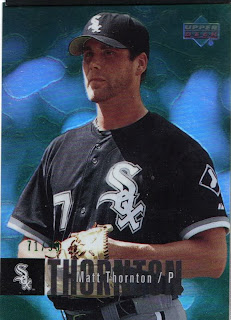 ce at the All-Star break, meaning they don’t have to do anything special to keep that status.

A part of me wonders if we’re going to get a repeat of 2009 when Mark Buehrle pitched that perfect game against the Tampa Bay Rays. In doing so, that particular victory tied the White Sox for first place with the Tigers.

That tie lasted for one day. It wound up being the high-point of the season, both in terms of the quality of Buehrle’s game and in terms of how high the White Sox achieved for the rest of last season. I doubt that when 99 percent of baseball fans think back to 2009 that they even remember the White Sox as a factor.

I HOPE THAT’S not what we’re going to get a repeat of here.

For I can’t help but notice that when the season resumes on Thursday, the White Sox will be in Minneapolis to play the Twins – the team that was in first place in the American League central division for most of this season and is still not that far behind.

The pessimist in me could easily see the Twins being motivated enough to want to beat up on the White Sox and take at least three of the four games they’re scheduled to play this coming weekend (if not an outright four-game sweep).

That would make the Twins literally into the team that knocked Detroit out of first place on Sunday, and took the White Sox down as well one week later.

WHAT WE LITERALLY have is a good three-way pennant race for the divisional title. Only one team can prevail (it is obvious that the so-called wild card team will come from the AL eastern division). It will be an interesting fight to the finish.

I’m only hoping it stays that way. Because I think about the most pathetic thing that could happen to Chicago sports this year (I consider the fact that LeBron James went to Miami to be a blessing in disguise) is if this division race turned into a two-way between Detroit and Minnesota.

So those are my thoughts about baseball on this day that the World Cup can no longer serve as a diversion for athletic interests.

It will be intriguing to see the All-Star Game itself on Tuesday (I always root for the American League, but realize it basically is a fan exhibition – regardless of what stunts baseball officials try to impose).

WILL KONERKO GET a chance to bat at a moment of significance? Will there be anything of significance in the game to Chicago baseball fans (the Cubs outfielder Marlon Byrd and White Sox relief pitcher Matt Thornton will be the only other Chicago ballplayers on hand)?

Is this a game where the Chicago Tribune sports staff should just stay home, letting their sister sports staff at the Los Angeles Times handle this one? With news budgets being what they are these days, it almost wouldn’t shock me if that happened.

But after Thursday, we can all return to the significance of a pennant race. Here’s hoping that the All-Star break doesn’t relax the White Sox too much, or else Sunday’s “first place” status will wind up being such a fleeting memory that we probably won’t believe in future years that it ever happened.