Politics are full of symbolic gestures

When evaluating the effectiveness of political people, one needs to keep in mind the fact that they often engage in actions that are purely symbolic. If they were to be honest, e 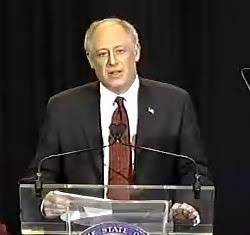 ven they would admit they don’t expect serious action as a result.

Which is why I can’t help but snicker at the latest activities of Gov. Pat Quinn and Rep. Aaron Schock, R-Ill. (who remains the youngest member of Congress). Both of them are going to insist they’re engaging in the ultimate acts of good government – even though those of us with sense will see through their rhetoric.

IN THE CASE of the governor, it is his call for “furloughs” as a way of cutting significant spending from the state budget that gets me all worked up. For the youthful representative (who is seven years younger than the brand-new kid senator from West Virginia, Carte Goodwin) from Peoria, it is his belief that there is something subversive about those road signs informing us which projects were part of the federal stimulus package that makes me laugh.

Insofar as the Mighty Quinn, I must make a confession. I have never thought much of the concept of furloughs as a way for government to save money.

The theory behind furloughs is that government shuts down for a few days, scattered throughout the year. Employees get an extra day off here and there, because they don’t get paid for those days. Hence, there is a financial savings.

Now if it worked out that government remained open and people still provided the same services yet somehow did not get paid for those days, then THAT would be a financial savings. Instead, we’re talking about extra time closed, which means that certain work doesn’t get done.

WHICH INVARIABLY MEANS there is some backlog that develops that must be taken care of once the governmental unit re-opens. The work still needs to be done, which means the worker eventually gets paid.

Either that, or the work doesn’t get done. In which case, a furlough has merely caused more of a problem than whatever tiny amount of money may have been saved.

Which is why I must confess to getting a kick out of the campaign rhetoric used by Quinn’s Republican challenger, state Sen. William Brady, R-Bloomington. He points out that the savings from Quinn’s plan to increase the number of furl 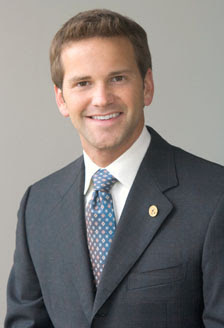 ough days for non-union state employees from 12 to 24 is a savings of fourteen-hundredths of 1 percent of the $13 billion figure that we have heard for months is the shortage between what state government has and what it needs to fully fund everything it would like to do this year.

Quinn wants us to focus on a 100 percent increase (in the number of furlough days), hoping that we will hear that and think he’s seriously trying to save the state a significant amount of cash. I may not agree with Brady on much. But this time, he’s completely correct.

OF COURSE, QUINN isn’t the only person capable of exaggerating fact in hopes that it creates some nice sounding rhetoric for the upcoming campaign season. Schock wants to shock us into thinking that something corrupt is taking place out of Washington.

How else to explain the fact that Schock is denouncing as “propaganda” those signs popping up on construction projects across the country that tell us the particular “Project (is) funded by the American Recovery and Reinvestment Act.”

In short, it was federal money from the economic stimulus package of recent years that enabled a local entity to be able to afford to do do the particular road repair, or other infrastructure project.

Now there is some truth to the idea that some of these projects would have been done anyway – paid for with local government funds. Except that the locals took the federal money, and shifted their local dollars to something else.

Except that the Republican partisans want to push the rhetorical line of a federal government that takes and takes and takes, then squeezes you dry so it can take a little more! How dare they try to show that they gave a little back?

Schock has introduced a bill in Congress (which hopefully will never again see the light of day) that would abolish the signs. We literally now have the “End the Stimulus Advertisement Act,” because Schock wants to claim that the $300 per sign is going to break the federal budget.

State officials estimate that about $665,000 was spent to erect about 950 such signs across Illinois, according to the Chicago Tribune. That comes out of the $936 million Illinois received in stimulus funds. Schock claims $20 million was spent nationwide on signs, although by his own admission, that figure is his estimate, based on reports from eight states.

THERE OFTEN IS a wisecrack that goes around a newsroom whenever a reporter-type person pulls out the calculator to try to figure out a statistic for a story. “Warning, Warning, Reporter-doing-math!” Here’s the deep secret. Elected officials aren’t any better. Without their staffs to prop them up, many would be completely lost.

Except when it comes to making borderline-pompous political statements, which both Schock and Quinn showed us this week they have a knack for.