How will President Obama handle his moment “on the spot” in South Bend? 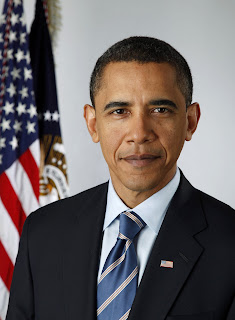 e Catholics (the ones who can’t stand the fact that not all Catholics think just like them about everything) with regards to the president giving the commencement address at Notre Dame.

Because I’m almost afraid he’s going to try to use humor to deflect the hostility that some people attending the graduation ceremonies Sunday will feel toward his presence.

WHEN IT COMES to abortion, it’s the ultimate issue where some people just can’t take a joke.

It reminds me of Obama himself during the presidential campaign when he appeared before a very conservative crowd at the Saddleback Church.

Obama took what was a blunt question meant to put him on the spot and make him squirm because of his belief that it is a woman’s own business if she decides to terminate a pregnancy and tried to laugh it off by saying that the answer to the question was “above my pay grade.”

AS MUCH AS I thought Pastor Rick Warren’s question was a cheap shot, I thought Obama deserved all the criticism he received for giving such a lame answer.

I hope Obama learned from that, and doesn’t try to give us an encore when he speaks at the Catholic university near South Bend, Ind.

For Obama’s press secretary told reporter-types in Washington on Friday that Obama plans to mention the fact that some people are opposed to his presence in Indiana because of the fact that the Catholic Church officially opposes the notion that abortion can be legal.

But press secretary Robert Gibbs also said that Obama is fully cognizant of the fact that the parents from across the nation and around the globe who make the trip to the Notre Dame campus for the commencement ceremony are going there primarily to see the end result of all those tuition payments they made in recent years – a sibling with an education and a degree to show for it.

AS THINGS STAND now, the big buffoon this week in South Bend is conservative commentator Alan Keyes (who keeps getting arrested during protests against Obama’s presence). I hope the president doesn’t feel the need to try to upstage him.

So perhaps Obama will have enough sense not to turn the event into a one-liner that gives Rush Limbaugh an audio snippet to mock for weeks on end. Of course, I would guess that Limbaugh will find a way to mock anything Obama says about any issue, regardless of what Obama says.

I hope whatever he has to say comes right at the beginning, and that he quickly moves on to trying to give an inspirational message to the students who now are trying to find work.

My guess is that he’ll probably try to say something about how the greatness of the American Way of life includes the right to disagree with people.

Anything else is risky, because the issue at hand is abortion.

Take the latest Gallup Organization poll, which tried to find out what the nation thinks these days about abortion.

The survey is being spun on the idea that a majority of the nation (or at least those surveyed) prefers to think of themselves with the label “pro-life” rather than “pro-choice.”

FIFTY-ONE PERCENT LIKE the “pro-life” label, while 42 percent accept “pro-choice.” (Personally, I hate both of those labels because they’re both inaccurate, but that is an issue to contemplate for a different day). But I always thought the proper way to view the abortion split was to accept that the people who get most worked up over the issue are the extremes, and that the bulk are more ambivalent.

Twenty-three percent of people are the ones who want to criminalize the issue, while 22 percent oppose any effort to restrict it, while 53 percent are the ones who think that there are instances when a woman is justified in ending her pregnancy (even if they think there are other times when it should not be permitted).

So the trick isn’t to think that Obama is going to sway anyone’s opinion about the abortion issue when he speaks on Sunday.

In fact, there’s a good chance that the students partaking in the ceremony will find some “minor” moment that sticks in their memory about their graduation ceremony.

I REMEMBER WHEN then-first lady Hillary Clinton gave the commencement speech at the University of Illinois in Urbana some years ago, only to have the most sincere moment of student emotion come when they realized that one of the other people included in the ceremony was a musician who had written much of the music used on the “Sesame Street” television show.

So who has the potential to upstage Obama, thereby giving people a moment to truly cherish, and something to inspire a moment of regret for those students who choose to boycott Sunday’s ceremony that caused them to miss a magic moment?

EDITOR'S NOTE: Nobody should make the mistake of thinking that all Catholics are in (http://voices.washingtonpost.com/44/2009/05/15/obama_at_notre_dame_catholics.html?wprss=44) agreement against Barack Obama when it comes to this so-called controversy.
Posted by Gregory Tejeda at 12:01 AM