It was a big bold headline in red type atop the Chicago Sun-Times’ website Tuesday morning – “Ald. Ocasio q 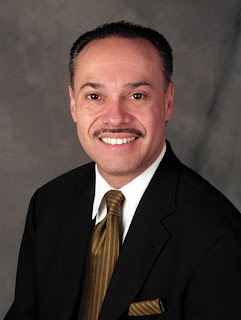 It’s the Internet equivalent of that newsboy of old shouting “Extra! Extra!” while trying to peddle papers freshly printed that announce a story so new it can’t wait until tomorrow to get into print.

ALD. BILLY OCASIO, who has served in the City Council since 1993, apparently is willing to “hang it up” in city government after 16 years. The newspaper says he is going to become a “senior adviser” to Pat Quinn.

In their initial brief report (all of two grafs), the paper also indicated that Ocasio has a replacement in mind for himself – Rev. Wilfredo DeJesus. Ultimately, Mayor Richard M. Daley has the authority to pick whomever he wants, which is why the council is so supportive of his goals – he’s picked so many of its members throughout the years.

Now I don’t really know Ocasio. So I don’t know what his motivations are in giving up his elected post that makes him one of the most important people in the Chicago political universe.

I would guess he would say he saw an opportunity to work directly with one of the Top Four political people of Illinois (the mayor, the governor and the two U.S. senators) and couldn’t pass it up.

IT MAY ALSO be that after 16 years in the City Council, he was ready for a change.

But the reason that Ocasio’s “career move” warranted such attention – rather than just a two-graf brief buried somewhere on Page 27 of the Bright One is because it violates the Chicago “rules” of politics in two ways.

It is a move from the city to the state payroll, and it is a shift from an elective office to an appointed post.

When it comes to the Chicago political universe, state government and anything having to do with the Statehouse Scene in Springfield is seen as a training ground of sorts. The Chicago delegations in the Illinois House of Representatives and the state Senate have many younger people (younger being a relative term here) who are holding their first elective office.

IN SHORT, IT is a place to gain experience in the ways of legislative politics and public policy, after which one is supposed to move up in the world. Just like the mayor himself, who served a couple terms in the state Senate several decades ago before returning to Chicago to be the state’s attorney, then later mayor.

Part of what makes Illinois House Speaker Michael Madigan, D-Chicago, unique is that he started his electoral career in Springfield, and became so entranced with the Statehouse Scene that he has never left. Not many elective officials could spend nearly four decades in Springfield without a thought in their head that they’re moving up someday.

Among current political officials, both the current Cook County board President and county Sheriff are former legislators. In my mind, I still think of Todd Stroger and Tom Dart as members of the Illinois House, although Dart actually did terms in both chambers before finally returning to Chicago to run for county office – following his failed bid for Illinois treasurer back in ’02.

A part of me even still thinks of Rod Blagojevich that way, since I remember covering him when I was a Statehouse reporter-type back in the 1990s.

WHEN A CITY Council official moves about, it usually is to a citywide post or a county government office – if not a judicial post such as what became of one-time Ald. Timothy Evans (now the chief judge of Cook County).

Some decide to try for the Washington scene, such as what happened to Ocasio’s predecessor as alderman of the 26th Ward. Luis Gutierrez may have gained national influence and a reputation, but on local matters he was more influential as an alderman.

Yet the perception among political observers was that Hendon was being “demoted,” in part because he was willing to speak out against Hizzoner Jr.

SO WHAT SHOULD we think of Ocasio’s move? He’s no longer going to be the political big shot of the Humboldt Park neighborhood. Some people will perceive him as the past. But perhaps he has a chance to influence the governor on issues, particularly those concerning Latinos.

That could be important, because there is a perception among some Latino activists that as bad as Blagojevich may have been for the state as governor, at least he understood the need to include Latinos in state government. Those same activists have their doubts about Quinn – although they can’t point to anything blatant that he has ever done to hurt their interests.

And there is the perception among some people (most of whom have their own petty grudges against the alderman) that Ocasio was a little too close to Blagojevich. So perhaps this helps him put some distance between himself and the now-impeached governor.

EDITOR’S NOTES: The all-powerful alderman is now nothing more than a gubernatorial (http://www.suntimes.com/news/cityhall/1569519,ocasio-quitting-city-council-quinn-051209.article) adviser. At least that’s how some Chicago political observers will perceive this move.

Will the alderman alter his website (http://www.billyocasio.com/) to help promote the interests of the state? And how will this move affect the content of the website that touts (http://billyocasiosucks.com/) the behavior of “one of Chicago’s suckiest aldermen?”

A little bit of background bio on the now-former member of the Chicago City Council (http://www.chicagoreader.com/features/stories/citycouncil/ocasio/).
Posted by Gregory Tejeda at 12:01 AM