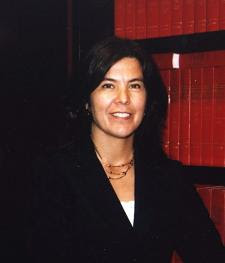 Is this going to be the tactic of those people who want to take down a Latino politico – dredge up the letters “HDO” and try to scare white ethnic Chicago into believing that those crazy Hispanics are somehow more corrupt than their Irish and Polish and Croatian counterparts at City Hall ever were?

It is the means being used by Tony Peraica, the Republican nominee for state’s attorney of Cook County, to try to trash his opponent. He has to resort to this in large part because Democratic opponent Anita Alvarez is so far better qualified for the top prosecutor’s post (roughly two decades experience) that he can’t argue on the merits of his record.

SPECIFICALLY, PERAICA IS waving around copies of El Dia, a Spanish-language newspaper based out of Cicero (and not exactly a heavy-hitter in the world of Chicago’s Spanish media), which ran on its front page a photograph taken at a political fundraiser.

It is the standard shot of an aspiring politico (Alvarez) standing next to someone else and trying to smile. It is meant to give the person in the picture with the politico some sort of personal souvenir, and perhaps a bit of physical evidence that an actual relationship exists between the two. 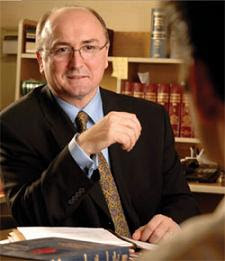 paper’s owner. It turns out that Jorge Montes de Oca, Jr. actually had a warrant issued for his arrest at the time of the March 6 fundraiser at a neighborhood restaurant.

In theory, as a high-ranking deputy in the state’s attorney’s office who aspires the top job in the Nov. 4 election, Alvarez is a law enforcement official who should have arrested Oca.

I’m not going to get all bent out of shape about this. I don’t view it as a moment of corruption (as Peraica would like us to think of it). It is more a sense of reality that makes me realize I don’t expect anybody to know off the top of their head at all times the names of every single person who happens to have an arrest warrant issued in their name.

I particularly am willing to overlook this lapse (I believe that had it been brought to her attention, Alvarez would have acted like the life-long employee of the state’s attorney’s office that she is) because the warrant was not even issued in Cook County.

It was issued by a judge in neighboring Lake County, Ill., after Oca allegedly wrote bad checks to a car dealership in the far northern suburbs of Chicago. Since his photographic appearance with Alvarez, he has been picked up by police, hit with the relevant criminal charges, and is only free now because he posted the mandatory 10 percent of bond set at $30,000.

NOW IF SOMEONE could come up with evidence that Alvarez in some way is trying to cover up for him, or get his charges reduced, or in some way is interfering with the ability of Lake County officials to prosecute the case, that would be a sign of inappropriate behavior by a potential state’s attorney.

That would be an example of potential corrupt behavior. Heck, it would be just a good story.

Peraica doesn’t have any of that.

He just has that Alvarez was in the same room with someone whom the police were interested in, and didn’t do anything because she didn’t know anything.

I WOULD BE willing to overlook this ridiculous charge, if that were the extent to which Peraica took it. But he went further, dragging the acronym “HDO” into the mix by noting that the fundraiser was largely attended by HDO members.

For those of you who are clueless about City Hall and Chicago politics, HDO is the Hispanic Democratic Organization. It is the political action committee used by some Latinos who want to be involved in Chicago politics, which theoretically makes it no different than the organizations used by women, labor unions or any other special interest group that wants to get ahead politically.

It also is a group whose founder faces criminal charges for his alleged involvement in the city’s now-defunct “Hired Truck Program,” where private companies were hired to provide trucks and drivers to do municipal work.

Federal prosecutors say some of the companies had ties to organized crime, while others paid bribes to city officials to get contracts. In many cases, the companies hired by the city were grossly overpaid for their work, or the companies did no work whatsoever.

PERAICA WANTS TO create the impression of the Hispanic politicos dragging a city program into corrupt behavior, and then trying to show that Alvarez is merely one of their followers. “The HDO has been at the epicenter of all the corruption that has done on at the city of Chicago,” Peraica told WBBM-TV, which played the story up big during their Tuesday evening newscast.

That is just a ridiculous statement. There’s too much improper behavior that takes place at Chicago City Hall for “epicenter of all the corruption” to be true.

HDO didn’t give Chicago corruption. It merely is trying to use the means of the past by which other ethnic groups used politics to get ahead – not realizing that the ways of Michael “Hinky Dink” Kenna are long dead and buried, although their zombie corpse occasionally tries to come crawling out of the grave.

The other thing to realize about HDO is that it does not speak for all Latino political people in Chicago. It is a group whose leaders are firmly behind the policies of Mayor Richard M. Daley. Its members routinely focus their political work on bashing the candidacies of would-be Latino politicos who appeared as though they might oppose Daley if they won elective office.

HDO’s REAL “SIN” is that it is willing to put politics ahead of the concept of increased Latino political empowerment – it has been known to back the candidacies of white politicos in Latino neighborhoods in order to help Daley maintain his political control in Chicago.

Of course, none of this nuance came through in Peraica’s charges. He just wanted to create the image of a batch of corrupt Hispanic people, one of whom was literally a “wanted man” by the police – with Alvarez smiling for pretty pictures.

This tactic does not shock me in the least. This is, after all, the man who engaged in the ultimate “sore loser” behavior after losing his 2006 bid to be Cook County Board president to Todd Stroger. Peraica is not somebody who’s going to take the political high road.

I FULLY EXPECT Peraica to keep hitting us with subtle (like a sledgehammer) reminders that Alvarez is Mexican-American, hoping that he can stir up enough people who have a problem with the concept of the first Latina to win a county-wide office to get their votes.

That is why Alvarez herself was totally justified when she responded as she did to Peraica’s charge by refusing to discuss whether or not she had her picture taken with Oca (She did, so what!) and instead denounced the whole attack as “racist.”

“To insinuate that any public official of Hispanic heritage has connections to the HDO is racist,” she said, in a prepared statement. “These allegations are completely absurd and if they were not coming from (Cook County Board) Commissioner Tony Peraica, our campaign would consider this an April Fool’s Day joke.”

EDITOR’S NOTE: I expect Republican state’s attorney hopeful Tony Peraica to spend the bulk of this year making outrageous claims about his Democratic opponent. I’d also expect a responsible news media organization to realize when it is being fed garbage charges (http://cbs2chicago.com/politics/alvarez.peraica.scandal.2.689886.html) by a politico. Oh well, at least I was 50 percent correct.
Posted by Gregory Tejeda at 12:08 AM

Well said! If one of Anita's white male opponents would have won, say Ald. Allen, and Acevedo or Munoz would have attended one of his events, would Peraica have attempted to make the same Allen HDO connection. I think not. It is racially motivation, pure and simple. Its pretty clear that no remnant HDO people were supporting Anita in the primary. In truth, Victor Reyes was supporting her opponent Ald. Howard Brookins. Just another slimy Peraica tactic. Its certainly not his last slimy act. He has more dirt up his sleeves. Stay tuned.