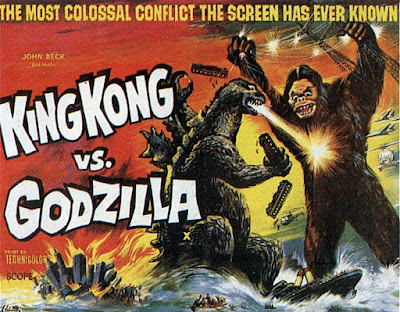 It has been more than a full day since Rep. Bobby Rush, D-Ill., made his criticism Thursday of Illinois’ financial situation by saying that Gov. Bruce Rauner and Illinois House Speaker Michael Madigan, D-Chicago, are behaving in a way that makes them the equivalent of King Kong and Godzilla.


I just have one question – which one’s which? And which one would want to be which?


ALTHOUGH THE CONGRESSMAN from the South Side does have a point in that the budget battles between the two are putting Illinoisans in the same position as Tokyo residents in that 1962 film.


We’re the ones being clobbered by the partisan mess the two have created!