Will Turner do as well as Hillary Clinton? 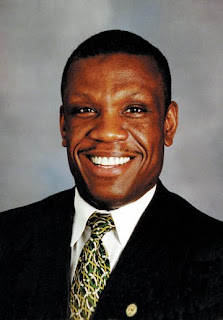 By that, I mean is he going to wind up with more governmental authority because of his apparent defeat, in the same way that Hillary is in a better position now than her hard-core backers would have had for her had they got their way?

REMEMBER WHEN IT became apparent that Barack Obama really was going to get the Democratic nomination for president, no matter how much Clinton dragged the primary fight out to the bitter end? Her backers then switched to the mode that because she was so competitive with Obama in primaries, she was entitled to be Obama’s choice of running mate.

They claimed Obama had to pick Clinton for the vice presidential slot. If he didn’t, it would be perceived as an unforgiveable slur against women – one that would cost him dearly in the general election. We might actually get “President John McCain!!!!!!”

Obama wound up holding off until picking a Cabinet before deciding what to do with Clinton, and he ultimately gave her one of the top posts – Secretary of State. She is now one of the most powerful people in the federal government, definitely more significant an official than Vice President Joe Biden (who only draws attention when he slips into profanity to describe the significance of the health care reform measure being signed into law by Obama).

ANYBODY WHO SERIOUSLY believes that Clinton would rather be Vice President, waiting for the moment when Obama becomes incapacitated so she can complete his presidential term, is being absurd.

Also, it wound up not costing Obama much of anything in the general election of 2008. McCain had too many problems with his own campaign (one of which was that the most hard-core GOP ideologues preferred his running mate to him, while the bulk of us wondered if his running mate was evidence that he was adle-brained) to take advantage of any potential for dissent. 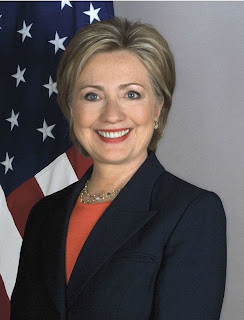 I see all of these same circumstances repeating themselves this year when it comes to state Rep. Art Turner, D-Chicago, who finished second in the February primary election for the nomination for lieutenant governor, then finished second again when the Democratic Party bigwigs had to replace nonminee Scott Lee Cohen.

Quinn has thrown out hints that Turner could wind up being named to serve as director of a prominent state government agency – although I wonder if having to deal with such responsibility at a time when all of state government is being slashed to the point where the bones are being whittled at would be seen as more headache than the political perks are worth.

SO NOW WE get the Quinn/Simon, male/female, Chicago/Carbondale ticket, and we get the sense that the position of lieutenant governor is being put into the hands of someone who theoretically could use it as a jump-start to a significant career in Illinois government – instead of being given as a career cap to a long-serving legislator who isn’t all that well-known outside of his West Side legislative district.

But we get some people persisting with the rhetoric that black voters are now so offended with the Democratic Party that they will seriously think of voting for Republican William Brady, Green Party hopeful Rich Whitney, or maybe even the long-shot independent hopes of William “Dock” Walls – who’d like us to think he was a confidant one one-time Mayor Harold Washington, but has never been able to get serious political traction from that in the past.

The Chicago Defender gives us the subhead, “Quinn’s snub of Art Turner spurs talk of black backlash.” Some broadcast pundit types are obsessed with this idea, which I just don’t see happening in large part because I’m not convinced that the “black vote” was all that united behind the “gentleman from Cook” who has been a state legislator for three full decades.

In those wards of Chicago where the African-American vote is dominant, Election Day for lieutenant governor was a battle between Turner and state Sen. Rickey Hendon, D-Chicago, the outspoken legislator and former alderman who really wanted to move up to Congress – but Rep. Danny Davis, D-Ill., isn’t ready to retire.

THE TIME PERIOD of just over a month between the Democratic primary and the state central committee session that selected Sheila Simon for the spot did not do anything to create unity. My observation from that session was when the committeeman from my congressional district, Bobby Rush, threw his support to Simon instead of Turner.

Although he hasn’t offered much in the way of specifics, Rush did say that when political people from African-American communities met prior to the session to get a sense of where they all stood, Rush picked up on the sense that there was no direction. There was no unity behind Turner or any one candidate.

That influenced him to give his backing to the daughter of the late Senator from Southern Illinois whose image is the one Democrats in this state would like to think they have. And for what it is worth, because of the way in which the votes of the 38 committee members are counted, Rush’s vote counted for more than anyone else’s (that’s what he gets for representing such an overwhelming Democratic district in Illinois).

If it reads like I’m writing that Rush would be one of the first people I’d expect to be complaining about Simon if there truly was a chance that the black vote would be that unified, you’d be correct. If anything, I’m using him as a barometer of sorts for the South Side vote.

NOW I AM saying that there won’t be someone out there among the electorate who will be so offended by what has happened that they will decide to stay home on Election Day as some sort of self-described act of political protest?

There may be a few, but I doubt there will be enough to sway the election. In short, if Pat Quinn truly loses the Nov. 2 geneeral election to Bill Brady, it likely is going to be for some reason other than Art Turner.