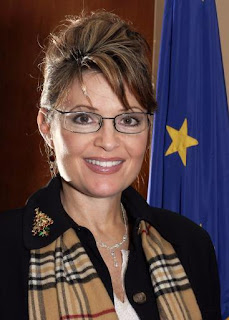 It looks like I have to take back a wisecrack I made about a week ago, one where I implied that former Alaska Gov. Sarah Palin wouldn’t have the nerve to set foot in Chicago and probably would’t come any closer to our “Paradise on Earth” than her recent visit to Washington, Ill.

For it seems that the Illinois Republican Party is getting the divisive politico (be honest, do you know anyone who is apathetic about “that woman?”) to agree to make an appearance at a May 12 fundraiser to be held at the Westin O’Hare in Rosemont.

THAT MEANS PALIN will be in Cook County, at least for a couple of hours that night. She even will wind up setting foot briefly in Chicago proper, since I would guess she will arrive at our fine metropolitan area through O’Hare International Airport – which is just a few minutes away from that particular hotel.

Of course, I can’t see her venturing any further into the Second City than necessary – even though the 41st Ward that technically includes the airport is the one that historically has been willing to pick political officials of the GOP in Democratic stronghold Chicago.

Not that I expect to know anybody who will attend. This fundraiser has a $500 per ticket cost ($750 per couples) – if you want to be a tightwad and get the cheap admission with no access. Anybody who wants a picture taken with Palin (or, Heaven forbid, actual physical access and a chance to say “hi”) will have to pay significantly more.

Excuse me for thinking that I have better ways to spend my limited funds these days.