EXTRA: Haiti, then Mexico, for Michelle 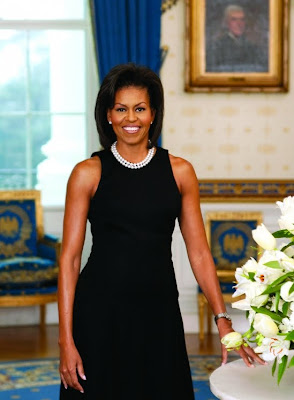 First Lady Michelle Obama gets more out of her first solo foreign trip than was originally admitted to.

Her flight wound up making a stop in Haiti, where the first lady made an appearance in Port-au-Prince, to reinforce the idea that the United States has not forgotten the Caribbean island nation’s plight following a 7.0 Richter Scale earthquake and aftershocks that left hundreds of thousands dead.

SHE EVEN GOT a meeting with Haiti’s first lady, Elisabeth Delatour Preval – telling her that the devastation (even three months after the fact) is “definitely powerful.”

Also along for the trip, according to the Washington Post, was Jill Biden , the spouse of Vice President Joe. The two got a helicopter tour of the Haiti capital city to see the wreckage from a larger perspective, before leaving for the remainder of their scheduled trip to Mexico.

EDITOR’S NOTE: Officials say they kept Michelle Obama’s trip to Haiti a secret until it happened, in part because (http://voices.washingtonpost.com/44/2010/04/michelle-obama-arrives-in-hait.html?wpisrc=nl_pmpolitics) they were concerned about crowd control – a mob of earthquake-hit Haitians eager to see the first lady?
Posted by Gregory Tejeda at 3:00 PM