Baseball is more than a game, even when it doesn’t want to be on certain issues

It was just over a week ago in the moments right after Arizona Gov. Jan Brewer put her state at the eye of the storm that is the immigration reform battle that I read a baseball-oriented website that suggested the Arizona Diamondbacks be kicked out of the National League.

The idea was that Arizona had shown itself to be too close-minded to be worthy of a major league baseball franchise, and that someone should move the Phoenix-based team to one of the other cities across this country that would like to have professional baseball at its highest level. 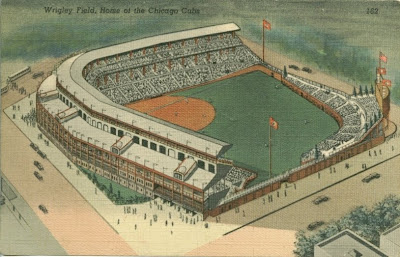 Wrigley Field back in simpler times, before protesters ever thought it worth their time to gather at the ballpark to point out the fact that the visiting team comes from the "Show Me Your Papers" state.

NOT THAT ANYBODY within baseball (which has the ability to be 50 years behind the times at all the wrong moments) is taking seriously the concept of a franchise shift. Las Vegas, Portland, Montreal, Mexico City, Monterrey and northern New Jersey are not going to get a team anytime soon.

But there are fans who seem determined to ostracize the Diamondbacks (even though to the best of my knowledge, the only player on their roster who was born in Arizona was relief pitcher Bob Howry – who also has played for both the White Sox and the Cubs, along with the Boston Red Sox, Cleveland Indians and San Francisco Giants) this season.

It never fails to amaze me that the people of 50 to 100 years ago who truly believed that the “American Way” of life included segregation of the races have their equivalent in the 21st Century in thinking that this country’s ideals include exclusion.

STILL, MY GUT reaction is to wonder if the pickets outside of Wrigley Field will pick up during the remaining three games of the four-game series that runs through Sunday. Because I am sure there are some individuals who will hear that only about 40 people showed up at the humble abode of one Elwood J. Blues, compared to the thousands who were there to torture themselves with bad baseball being played, and figure that is evidence that they are somehow "morally correct" on this issue.

The USA Today newspaper managed to get one of these fans to say that people using a sporting event to protest a political issue is “silly.”

Then again, I’m sure he had his equivalents 70 years ago when some activists tried protesting the exclusion of black people from the ranks of professional ballplayers. There probably were those people who resented having that issue brought up when they were trying to escape reality for a few hours by watching a ballgame.

Now I will be the first to admit to understanding that latter sentiment. It is the reason I follow professional baseball.

BUT I ALSO have enough sense to realize that professional baseball operates within our society. It is not a world all to itself. It ought to reflect the realities of the world around it. So I’m not bothered at the thought that the Diamondbacks players are going to have to see this sight every day they are in Chicago, and probably every day they travel on the road.

I would expect that all of their road games for the rest of this year will result in local activists showing up outside the stadiums to remind people that their home teams are about to beat up on the boys from Phoenix. For all I know, that recent study about the least popular baseball teams (according to a new computer algorhythm that seems to make little sense) may wind up showing the Diamondbacks as the most despised team when it is recalculated – rather than the Cleveland Indians with their ridiculous “Chief Wahoo” logo on their caps.

Insofar as what Arizona fans will think of this attention being dumped on their team? I’m sure the ballclub itself will be only a small part of the derision that Arizona and its people are going to find themselves receiving.

Already, some business interests are getting concerned about the political situation – although that is mostly because businesses prefer for there to be no controversy whatsoever. Anything that draws attention is considered to be a negative.

SO HERE’S HOPING that the activist types this weekend can get a few hundred of their ranks to show up at the ballpark, even though the Saturday game will coincide with the Chicago protest march that will take a few tens of thousands of people on a walk from the Teamsters offices at Jackson Boulevard and Ashland Avenue to the shadows of the Picasso statue outside Daley Plaza.

Because activity like this will help draw some attention to the Arizona situation, although if Major League Baseball really wanted to get the attention of the Arizona political and business establishments, they’d threaten to pull all of their training camps out of the state and relocate entirely to Florida.

Somehow, I think we’d have an easier time convincing baseball officials to move the Diamondbacks to another city. 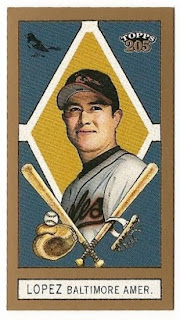 EDITOR’S NOTES: Probably the only way to sway Major League Baseball that Arizona’s situation impacts them is for some of their ballplayers to have to endure law enforcement harassment while visiting Phoenix.

I can’t help but wonder about Rodrigo Lòpez Muñoz, one of the Diamondbacks pitchers this season who comes from Tlalnepantla in central Mexico. Because he is desired by a professional sports team, his route to a visa is much simpler than most people (although his can, and will, be revoked the instant he is released by the Diamondbacks). What happens the day Lòpez is late for a “big game” because some cop didn’t want to believe that this particular “Mexican” could have legitimate papers?
Posted by Gregory Tejeda at 12:01 AM

I will tell you what I have seen these last few days I saw our beloved Stars and Stripes flag, the flag from Mexico and some flags from other countries. I saw children, parents and grand parents together in solidarity, my people the working class, they may not be sophisticated but they got the message heard. From publish reports the demonstrations included both US citizens and undocumented workers. This brought me a smile because I always enjoy seeing brothers helping brothers.

This reminds me of a parable from the good book where a Levite and Priest come upon a man who fell among thieves and they both individually passed by and didn't stop to help him. Finally a man of another race came by, he got down from his beast, decided not to be compassionate by proxy and got down with the injured man, administered first aid, and helped the man in need. Jesus ended up saying, this was the good man, this was the great man, because he had the capacity to project the "I" into the "thou," and to be concerned about his brother.

You see, the Levite and the Priest were afraid, they asked themselves, "If I stop to help this man, what will happen to me?"

But then the Good Samaritan came by. And he reversed the question: "If I do not stop to help this man, what will happen to him?"

As I see it, we should stand-up against a law is passed in anger and is against our Constitution/ Bill of Rights/ Declaration of Independence and is targets a specific group.