Trophy for bragging rights? How lame! 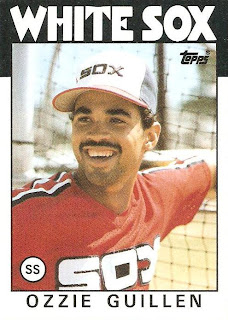 It was the token given to the winner each year of the football game played between Northwestern University and the University of Illinois at Urbana-Champaign. That strikes me as getting all worked up over which team finishes 10th place and which one winds up in 11th place in the Big Ten Conference.

Of course, we no longer have the tomahawk, which was retired a couple of years ago after more than a half-century of service. We now get the Land of Lincoln Trophy, which replaced the tomahawk in terms of lameness – at least until this week.

For now, we local sports fans can get ourselves worked up into an athletic frenzy over the very notion of the BP Crosstown Cup.

I WISH I were kidding. But that is the new prize announced Monday that will be given to the Chicago professional baseball team that manages to win the most games in head-to-head competition each season.

In short, we’re talking about the City Series, the Crosstown Classic, the Sox versus Flubs, or whatever tag you use to describe those six games each year (out of 162 overall) when the Chicago White Sox take on the Chicago Cubs.

The Chicago Tribune used its website Monday to report about the creation of the cup, which supposedly will be a three-foot-tall trophy that will be given to the team that wins the most games each season. If, by chance, each team manages to win three games (which does happen quite often), then there will supposedly be tie-breaker factors meant to put one ballclub ahead of the other. 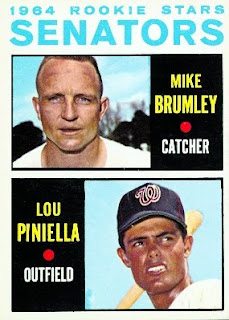 In short, we’re now going to get the sight of an official trophy presentation each year – even in years when both of Chicago’s ballclubs are managing to stink up the joint even moreso than the Union Stockyards ever did and there isn’t anything else to brag about.

THAT COULD VERY well be this season, since the White Sox who some think have a shot to contend for a division title and playoff spot were as of Monday the team with a record of 8-11. Shut up, Cubs fans. Your preferred ballclub was only one game better at 9-10.

Excuse me for thinking this is too gimicky to take seriously. The whole idea of a serious athletic rivalry is that it happens, and usually is long-lasting enough that it can span across generations.

Trying to jump-start it by creation of trophies or other nonsensical rhetoric is little more than absurd.

If anything, Sox/Cubs is one of those aspects of our Chicago society, tying in closely with the whole South Side versus North Side that does determine a lot of our cultural aspects (I have known people who consider themselves devoted Chicagoans who have never set foot south of Roosevelt Road or north of Fullerton Avenue (and then only to check out DePaul University as a possible college to attend, before determining the place to be too “North Side-ish” to consider).

EVEN IN THE cases of people living outside the respective ballclub’s “region,” it usually becomes a sign that a person wants to adopt some sort of sympathy with the other.

This kind of thing can’t be bolstered with a “Cup,” which I’m sure will wind up becoming the subject of ridicule by fans of both ballclubs. Could that be the reason that the cup’s creation was announced without a mockup of what it could possibly look like?

Somebody knew that hard-core Sox fans would find something to mock about it, no matter what it looks like.

THESE ARE THE people, after all, who took to calling their favorite ballclub’s stadium, “The Cell” (as in prison) because they didn’t want to have to continually give reference to the corporate entity that back in 2003 bought the naming rights to the building – which, surprisingly, remains in business, so the structure at 35th Street and Bill Veeck Drive hasn’t gone through multi-corporate names during its two decades of existence.

Which is why I find it hilarious that even the new cup that supposedly will pay tribute to the winner of Sox/Cubs each year has a corporate name.

For the record, it is the one-time British Petroleum Co., whose green-and-yellow BP signs can be seen on non-discount gas stations throughout the Chicago area. So now, we can say that the best of Chicago baseball each year gives us gas.

Somehow, that seems all to appropriate – particularly for the South Side ballclub that some people are still holding out hope can turn things around and not be completely embarrassing (that’s what kind of thoughts a three-game sweep against Seattle will put in one’s head).

EDITOR’S NOTES: June 11-13 at Wrigley Field, and June 25-27 at U.S. Cellular Field. That is when too many baseball fans will be overserved, and when our city’s two century-plus ballclubs will act as though they are in some sort of collegiate rivalry.
Posted by Gregory Tejeda at 12:01 AM