If Gov. Pat Quinn persists with his apparent desire to have a w 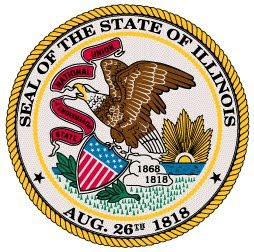 oman as his running mate, he now has 5 names to pick from.

If he were to want someone with experience in the General Assembly, he has 5 more names to choose from. If that’s not the proper political experience, there’s also a former suburban mayor and a former council member who is the daughter of a longtime popular Illinois politico.

WANT TO PUT an ethnic tone on the Democratic ticket for statewide offices? There are potential candidates of Greek, Indian and Puerto Rican backgrounds.

And if you are one of those people who would prefer to have a complete nobody (insofar as past political experience) run for the position of “governor-in-waiting,” there are 8 such people to pick from.

All of this means that the Democrats will have a wide selection of people to choose from when they meet again Saturday in Springfield at the definitely unglamorous The Inn hotel to pick the party’s nominee for lieutenant governor.

For the party held its sessions across the state to weed through the hundreds of applications submitted to the Democratic State Central Committee to be considered for the post as Quinn’s running mate. They weeded those names down to 5 Chicago residents, 8 from the suburbs and 4 from the rest of Illinois.

LOOKING AT THE list, I can’t help but think that the man whose name is at the bottom – state Rep. Art Turner, D-Chicago, the list is alphabetical – is the front-runner. There are those party officials who think the fact that Turner finished second in the Democratic primary for lieutenant governor ought to give him some consideration.

But the list includes enough other names to appease – for the week, at least – those people who want to use this as an opportunity to fill the slot in a way that bolsters the chances of the entire Democratic ticket achieving some success come Nov. 2.

Reading the various reports that came out of the six sites where candidates were interviewed gave me the impression that Democratic Party officials desperately want to create the impression that everybody is being considered – even though the reality is that at least a few party officials already know who they want and are trying to figure out how to rig the process to get what they want.

So I think the interesting part of this list is the 8 people with no prior political experience or ties. Democrats managed to pick some names that they think (or perhaps, desperately hope) will not come back to embarrass them.

IT WOULD BE bad for the party’s process if one of their no-names turned out to have something garish in his/her background.

Two of the lieutenant governor primary candidates – Turner and state Rep. Mike Boland, D-East Moline, are both still in the running, as is Raja Krishnamoorthi, the Peoria native of Indian background who came very close to winning the nomination for Illinois comptroller.

The two women who supposedly are Quinn’s preferences – state Sen. Susan Garrett, D-Lake Forest, and former Carbondale council woman Sheila Simon (will she incorporate the image of her father’s bow tie in any campaign she runs?) – also remain on the list.

COULD THAT BE the concession to Quinn to make it seem like his opinion is being taken into consideration by the party leadership, who in reality will pick the candidate who best suits their interests.

Another potential candidate is state Sen. Iris Martinez, D-Chicago, who made the list to become the only Latino candidate.

Not that I expect such a factor to help her much. Martinez was the first Latina to gain a position within the General Assembly’s leadership under former Illinois Senate President Emil Jones, and she is a member of the State Central Committee that will make the final pick.

But before anyone thinks there’s going to be some sort of uniting of Latinos, one needs to keep in mind the factors that often splinter the Latino vote – which cause some males to think she’s too mouthy and pushy (and causes her to say in response that they’re too easily intimidated).

THAT SPLIT IS probably why we don’t have more Latinos in positions of authority in Illinois.

So what should we think of the list, now that we have a full week to ponder the names included and try to figure out what the thought process of the Democratic Party truly is?

It was nice to see that the person I voted for in the primary (Boland) and the person whom I’m now inclined to think would be the best choice (Krishnamoorthi) both made it – although I’m wondering if that is merely an attempt by the party to make people who think like I do believe that our thoughts are being taken into account.

For as I look at it, I can’t help but think that this whole process was nothing more than a formality before the party leaders give us the ticket of Quinn/Turner. We’ll get to see on Saturday how correct I am.

EDITOR’S NOTES: There might not have been cigar smoke, but Democratic Party officials recreated the spirit (http://www.sj-r.com/carousel/x673429652/Democrats-hold-auditions-for-lieutenant-governor) of the old slating sessions (http://newsblogs.chicagotribune.com/clout_st/2010/03/eclectic-group-auditions-for-democratic-lieutenant-governor-nomination.html) that used to decide who got to run for elective office.