Now that it’s over, political gamesmanship over health care reform can truly begin 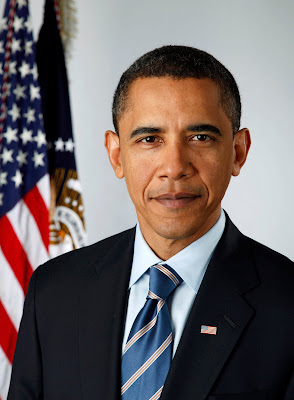 Call it the perfect gift for that conservative “friend” you may have whom you feel like “rubbing in” the agony of their defeat when it comes to health care reform.

President Barack Obama’s campaign structure (now called Organizing for America) is offering people a chance to get a certificate that identifies them as “co-signers” of the health care reform package that he signed into law last week.

I RECEIVED AN e-mail from the Obama types telling me how I can get my name included on a “permanent archive” listing me as a supporter of this monumental legislation, which they humbly refer to merely as a, “great achievement.”

All I have to do is e-mail back their form with my name and zip code, so I can receive my certificate – which strikes me as being less interesting a momento of the Obama Administration than owning an authentic can of Billy Beer would be for the Jimmy Carter years.

Does this become the ultimate prank gift? Arrange for all the Tea Party people you know to get such a certificate, knowing full well that the very sight of their name being connected to this new law will drive them into such a rage?

Then again, the Tea Party types have enough to be angry about without our help. And they’re going to be sure to share their displeasure with the masses, figuring that the rest of us don’t have a right to be happy unless they are first and foremost.

IF IT READS like I believe the Tea Party types are all mouth (and an occasional rock thrown through a window), you’d be correct. Because there are times when I think former Alaska Gov. Sarah Palin hit upon their essential character when she told a recent gathering of such conservatives that they should “not sit down and shut up” with regards to their complaints – which basically amount to their displeasure that health care reform would benefit people in our society whom they would prefer to ignore.

They are a loud mouth – one that will have an influence on those people who are easily impressionable or unknowing about the issue.

The Gallup Organization came out with a new survey Monday showing that 50 percent of the public thinks that the passage of the health care reform measure is a “bad thing,” compared to 47 percent who think it a “good thing.”

Of course, last week the Gallup people gave us a survey showing Obama’s favorable rating shooting up from 46 percent to 51 percent in the couple of days after health care passed the House of Representatives. It’s now down to 48 percent favorable, with 46 percent viewing the president unfavorably.

BASICALLY, THE COUNTRY is split on this issue just like it is on many other issues (although the part of this survey that amazes me is the 3 percent of the public that has “no opinion,” despite all the blowhards from both sides who have tried to infect the American public with their views.

But the Tea Party types want us to think that Everybody Hates Obama (just like that humorous, but now-defunct television program, “Everybody Hates Chris”) and that those of us who are willing to look rationally at the health care issue are isolating ourselves.

Likewise, Obama is trying to make this issue out to be that truly monumental event in U.S. history (although I wonder if the truly signficant health care reform measure is the one that a future president pushes for to advance the direction in which Obama has nudged us slightly).

Our very own authetic certificate to document that “we were there” in support of heatlh care reform when it happened. It makes me laugh almost as much as the overblown rhetoric of the Tea Party types.

THE BOTTOM LINE, as I have always seen it, is that the “47 million” statistic (as in the number of people who do not have access to adequate health care because they have no insurance to cover the medical bills) is one that has become so high that it will be a factor that drags down our society.

It is in our self-interest to reduce the number of uninsured, although I realize there is no way to drop it all the way to zero. There will always be a certain percentage of people who will be uninsured. And immigration reform ties into this because some people are only unable to obtain insurance because of their citizenship status.

Fix that problem, and that could drop the ranks of uninsured by about 15 million people.

It is also because of the national scope of the issue that I think one-time Massachusetts Gov. Mitt Romney is wrong that this is an issue for state governments, and not the federal, to resolve. Do we really want our society to become a patchwork of programs by which some people get dumped on because of where they happen to live?

KEEP IN MIND, however, that there is a reason that people like Romney and Palin are speaking out on this issue – both of them have political aspirations for the 2012 presidential election. They need to keep their personas in the public eye.

So they’re going to engage in trash talk that will get the Tea Party types all worked up at the expense of a civil discourse, in hopes that it translates into votes nearly three full years from now. Perhaps what we need more than a certificate of approval from Obama is a giant bottle of aspirin – to cope with the collective headache that we rational people will suffer from in coming years due to political opportunists like Palin.

EDITOR’S NOTES: Get your very own certificate of approval from Barack Obama for being willing to support (http://my.barackobama.com/page/content/hccosignSU?source=20100329_MS_Kick) the president on health care reform.

Last week, we marginally liked health care reform. This year, we marginally dislike it. Does this mean we’re (http://www.gallup.com/poll/127025/One-Week-Later-Americans-Divided-Healthcare.aspx) closely split on the issue – to the displeasure of the hard-core partisans.

I’m one of those people who usually finds that the great issues of our society are better addressed by Congress (http://www.freedomproject.us/post-exchange/Article-Mitt_Romney_speaks_on_American_exceptionalism.aspx) and the federal government, rather than the 50 state legislatures spread across the United States.
Posted by Gregory Tejeda at 12:01 AM