It seems that Rep. Dan Lipinski, D-Ill., is part of an “exclusive” group – he is one of five members of Congress who last year voted in support of health care reform, 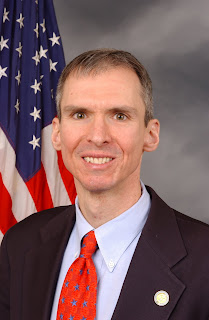 only to turn on it and vote “no” on the measure that came up for a vote on Sunday.

IN THE CASE of Lipinski, he is described as “hailing from (a) Democratic, big-city district,” implying there is no “logic” to his opposition to the president.

But anybody who truly knows anything about Chicago-area political conditions should not be surprised that Lipinski would be the one Chicago-area Democrat who would not go along with the desires of the man from Hyde Park who presides in the White House.

The reality is that Lipinski comes from a congressional district representing the outer part (think the area around Midway Airport) of the city’s Southwest Side, along with its surrounding suburbs.

We’re talking a part of the city populated by people who are there because, in many ways, they want to be isolated from what they perceive as the decay of the bulk of Chicago. It is a part of Chicago with a mindset that is more than willing to be different from the urban mainstream.

IT IS AN area more ideologically conservative on those social issues, and is a place where the locals are Democrats largely because their jobs require them to have membership in labor unions. It is not a place where people who come in talking about gay rights or abortion are going to gain any traction.

So when I heard Lipinski say that his reason for opposing the president on health care reform was that he wanted to make a firm statement in opposition to abortion, and that the fact that Obama signed an Executive Order into force on Wednesday to ensure that federal funds cannot be used for anything that even remotely promotes abortion (not even as part of health care) wasn’t strong enough for him, all I can say is that I believe him.

For Lipinski has always been one of those politicians who cites his Catholicism when it comes to the abortion issue.

That kind of attitude plays well in his congressional district. It is also why I believe Lipinski when he says he doesn’t fear political retribution for opposing health care, or Obama in general.

POLITICO, IN ITS recent story about the five “vote-switchers,” went so far as to say that Dan Lipinski cast his vote the way he did because his father told him to.

His father, of course, is retired Rep. Bill Lipinski, who engineered his retirement a few years ago in such a way that Dan didn’t have to face a serious political fight to succeed him.

The elder Lipinski was known for showing the same opposition to the Democratic Party platform when it came to abortion, and Politico reported that Bill merely thought it would be good politics to vote “no” on health care reform.

In short, Dan Lipinski figures he already gets enough grief from those people who are still bitter over the fact that his father was able to hand over a political post to him. The last thing he wants to deal with are the Tea Party types sending him harassing telephone calls, telling the diabetic member of Congress to “drop dead.”

THINK I’M EXAGGERATING? Some members of Congress who voted “yes” for health care have been receiving threats or acts of vandalism at their home district offices. Some of these incidents have gone so far that the FBI is officially investigating them.

I’m not saying that people of the Southwest Side condone such behavior. But I can see where Dan Lipinski would take father Bill’s advice and decide that a little bit of distance this year between himself and Barack Obama could have a payoff come the elections of Nov. 2.

Which is why I don’t think Lipinski will suffer serious retribution, other than the fact that he likely will never move up into the Democratic Party’s higher ranks of leadership – which isn’t something I believe Lipinski ever aspired to.

For I suspect that for Lipinski to join the ranks of nationally prominent Democrats, he’d have to change so much about himself that he would run the risk of offending enough of his congressional constituents that they’d seriously consider replacing him with someone more like themselves.

EDITOR’S NOTES: This is far from the first time that Dan Lipinski has disagreed with his Democratic Party (http://www.ontheissues.org/il/dan_lipinski.htm) colleagues on an issue. Not that I think Lipinski is living in fear of the threat of a political independent running (http://www.texasinsider.org/?p=24369) against him on an issue.

Tea Party officials aren’t claiming responsibility for some of the vicious actions being directed against (http://seattletimes.nwsource.com/html/nationworld/2011432285_healthreat25.html) members of Congress who supported Barack Obama on health care reform. Those acts have included bricks through office windows and cut gas lines.
Posted by Gregory Tejeda at 12:01 AM

Lipinski could have supported Team Democrat on the health care bill with no reprecusssions. Obama is popular in IL-03. I expect a poll would show Obama to be far more popular than Lipinski in this district.

There are a whole bunch of Democrats who voted to pass the health care bill that took a risk.

It wouldn't have been a risk for Lipinski. He's just not supportive of the Democratic agenda on the big issues.