I have never bought into the notion that the 2nd Amendment to the U.S. Constitution gave the residents of this nation an unlimited righ 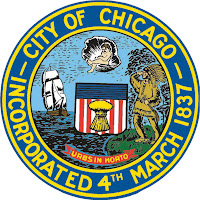 By my comprehension, that means the issue of personal ownership of firearms is something not addressed by the Constitution upon which the principles of our government are based. That ought to mean that it is an issue reserved for the local governments to resolve.

IF COMMON SENSE were to prevail later this year when the Supreme Court of the United States issues its ruling to the oral arguments it will hear Tuesday about the legitimacy of the nearly three-decade-old ban on firearm ownership within Chicago city limits, it would mean that the current conditions would remain in place.

Of course, that would create some confusion with regards to the high court’s previous ruling in 2008 that struck down firearms bans within the District of Columbia. There’s also the chance that this particular Supreme Court isn’t interested in trying to resolve this issue, but is more concerned with tearing apart the status quo – which has created some places that want to eliminate bans, others that sarcastically force people to own firearms and have many municipalities punish people when they misuse their weapons.

So what should we think of Mayor Richard M. Daley’s grandstanding on Monday, where he made boastful proclamations claiming that he expects the city’s legal position to prevail when the Supreme Court ultimately rules?

I’d like to think Hizzoner Jr. is correct, although the political realist who comprehends just how much partisanship has tainted every aspect of our government (including, sadly enough, the judiciary) makes me brace for the worst, a potential 5-4 vote determined to find a way to justify the thought process of the National Rifle Association – with a legal brief ultimately written by Justice Antonin Scalia.

PART OF MY thought process on this issue is based on the fact that the D.C. laws that banned firearms ownership were knocked down. There are some who claim that the court’s ruling in that case merely means that firearm ownership cannot be banned in districts controlled by the federal government.

It is true that Washington, D.C., is a city unlike any other in the country, with the way so much of it falls under federal government control. Yet I don’t think the people who “shot” down that gun ban were so concerned about different types of cities. So I could see how a ruling that locally-run cities being allowed to ban ownership but federal-run cities cannot would be completely illogical.

Daley himself tried to emphasize the difference between Washington and other cities, including Chicago, with the quip, “you go to Washington, it’s like an armed camp.”

The sarcastic part of me wonders if an ultimate Supreme Court ruling against gun ownership bans is one of those court decisions destined to be remembered for the fact that the high court later had to reverse it. “Plessy vs. Ferguson” was, by far, the most prominent of court cases that fall into that category.

I’D HATE TO think “McDonald vs. Chicago” is destined to be the same, mostly because it would stink for the five or so decades it would take for the high court to come up with a membership more rational-thinking than some of the justices we have these days.

As I started this commentary, I don’t have a problem with this particular issue resulting in a patchwork of laws across the country. As much as I am offended by the concept of Kennesaw, Ga., for coming up with a dippy law requiring every household to have a firearm and ammunition (they passed it as a snotty protest to Morton Grove, Ill., enacting its firearms ban in 1981), I accept that the bulk of people who live there likely have no problem with it.

As far as I’m concerned, they can live in the town whose nearby mountain inspired the name of baseball’s first commissioner (who, by the way, chose to live his life in Chicago), while I will live here. And I will probably enjoy life more here than they will there.

My biggest objection is to the idea that somehow allowing people to “pack heat,” so to speak, will make things safer. I can’t help bbut think the only change will be a drastic increase in the number of firearms accidents.

HOW MANY PEOPLE will manage to shoot themselves while stumbling about trying to get their pistol during a panicking moment? More likely, how many people will wind up getting shot with their own weapon when a would-be attacker manages to wrestle it away from them?

Which is why after the Supreme Court spends one hour Tuesday hearing the arguments from attorneys for each side (30 minutes apiece, strictly timed), I would hope that the Supreme Court thinks seriously about the consequences of what they rule in this case.

Because if they think that they’re going to significantly reduce the Chicago crime rate by eliminating the city’s firearms ban, then they’re falling for a myth.

EDITOR’S NOTES: Richard M. Daley almost sounded like a baseball manager spouting platitudes (http://www.suntimes.com/news/cityhall/2077047,daley-supreme-court-handgun-ban-030110.article) before the “big game,” rather than (http://www.wlsam.com/Article.asp?id=1716911&spid=) discussing seriously what the Supreme Court of the United States is likely to do.

Some legal experts wonder if an elimination of local gun bans (http://www.washingtonpost.com/wp-dyn/content/article/2010/02/28/AR2010022803985.html?hpid=topnews) will inadvertently knock down a lot of restrictions on other dangerous items. They also wonder if cities will still be able to impose restrictions (http://www.csmonitor.com/Commentary/the-monitors-view/2010/0301/In-McDonald-v.-Chicago-case-another-Supreme-Court-landmark-ruling-on-guns) on gun ownership similar to how anti-abortion activists push for strict limits on the procedure that make it next to impossible for many women to obtain it.

Why do I suspect more Chicagoans will be interested in seeing how "natural" Roger Ebert's voice sounds (http://blogs.suntimes.com/oprah/2010/02/roger_ebert_to_speak_publicly.html) during his appearance on Oprah than in anything the Supreme Court hears on Tuesday.
Posted by Gregory Tejeda at 12:01 AM