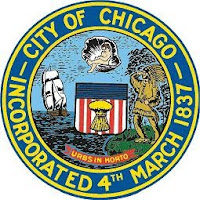 States will hear arguments and ultimately issue a ruling in a lawsuit that challenges Chicago’s ability to ban firearms within the city limits.

An appeals court previously upheld the city’s ban, despite a previous Supreme Court ruling that struck down the gun ban that used to exist in the District of Columbia.

THAT COMBINATION OF rulings tried to make an issue of the fact that Washington is different from other cities because it is a federal district, rather than a local municipality.

But to the people who have fantasies about being able to shoot someone who they perceive as wrongly setting foot on their property, they don’t want a distinction. They want Chicago’s law struck down because they see it as interfering with life in their communities.

This is one area where these social conservatives will claim they are about local officials setting their own policy, so long as the locals’ idea of policy complies with their own ideological thought patterns.

I’m sure they have dreams of the Supreme Court ruling 5-4 about one year from now that Chicago’s gun ban (which is nearly three decades old) is somehow illegal.

IT MAY VERY well happen, as the result of recent partisanship in the federal government is a Supreme Court that leans slightly to the right – with some judges inclined to be supportive of the kinds of people who would want to read the Constitution’s second amendment more broadly than its actual words imply.

But I have always found such “logic” to be simpleminded.

There are always the “quirks” of the law, and the fact that judges are trying to enforce a theoretical concept of the law – and not bend it to fit the circumstances of whatever case they happen to be considering.

Some people may think it naïve to think that the nation’s high court is not about blind allegiance to ideology, but the idea that the court is the entity that is supposed to protect us from politicians who would fall prey to ideologically-inspired laws is part of what makes our form of government unique.

SO I DON’T consider it a foregone conclusion that either side has already “won” this case.

This could be an issue where sense will prevail. Or this could be a case where the high court will someday have to come back and correct itself with a future ruling.

I’d say that anybody who’s already counting this case as a “victory” is reacting too quickly.

What bothers me the most about this case is the way in which the outside interests have piled on to turn our so-called local issue (does Chicago have the right to impose severe restrictions against firearms ownership) into a national crusade.

The lawsuit to be heard by the Supreme Court involves a one-time resident of the Morgan Park neighborhood who said previously that he kept a shotgun in his house to protect himself from the perceived threat created by street gang members who might come near his home – even though city law makes such activity more of a crime than any gang member who might come walking by the house.

Now I’m not trying to understate the problems caused by gang activity, but I’m suspicious of the motivations of anyone who thinks they will get an opportunity to shoot a gang member.

Do we know if this person truly knows who or what constitutes gang activity? Or will this be someone who will shoot anyone or anything that doesn’t “look right” to him?

I’M NOT SAYING there’s anything special about the attitude of the person who filed this particular lawsuit. If anything, he’s probably an average resident of Chicago.

Which is why I can see the need for the firearms restrictions all the more.

Too many people might be inclined to overreact if they sense even the chance of a threat, and the presence of firearms only escalates the potential for violence.

Besides, how do we know that it won’t be these same weapons supposedly being purchased for self-defense that don’t wind up getting used in criminal activity? It may well be the case that the only places where such restrictions aren’t needed are those isolated communities that are hidden away from the places where the bulk of U.S. society lives.

EDITOR’S NOTE: The ways of life in Chicago for the past 27 years will come under the Supreme Court’s scrutiny (http://www.chicagobreakingnews.com/2009/09/supreme-court-may-decide-on-hearing-chicago-gun-cases.html) when they hear arguments about the city’s firearms ban sometime in 2010.
Posted by Gregory Tejeda at 12:01 AM