It may not be a true “World Series,” but it’s still the greatest game around

The World Series begins Wednesday, and some of us will take some 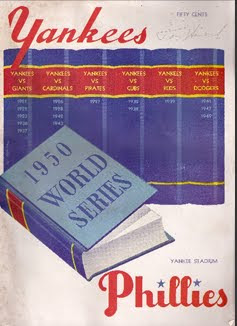 amusement at the sight and sound of Ozzie Guillen offering “astute” commentary about the level of play.

Some of us may even get a kick out of watching Damaso Marte pitch in relief for the New York Yankees – although those of us who remember his nerve-wracking stints pitching for the White Sox will merely be grateful that he is no longer on the South Side.

I’LL EVEN CONCEDE there are some people who are small-minded enough that they can’t watch a ballgame if it isn’t a Chicago team on the field. I’m not going to be one of them, and not just because I find the Chicago Bears to be unwatchable these days.

For the fact is that I will find it intriguing to watch an “old-school” sounding World Series. New York versus Philadelphia – the kind of matchup that Babe Ruth or Joe Jackson could have comprehended.

True, a Los Angeles “Freeway Series” (Angels versus Dodgers) could have been interesting. Although I doubt the locals would have gotten into it as intensely as the New Yorkers did back in 2000, or the way Chicagoans would if it were ever White Sox versus Cubs.

In fact, I’m inclined to think that the best chance for such a series would be in October 2012 – but only if one accepts those naysayers who believe the ancient Mayans predicted that Planet Earth as we know it will end in December 2012.

BECAUSE THEN A White Sox-Cubs series would be evidence of the end of existence as we know it.

For those people who need to have a Chicago connection to a World Series in order to take interest, here are a few.

For the record, neither the Yankees nor the Phillies qualifies for the Ex-Cub Factor (which says that any league champion with three or more former Cubs ballplayers is destined to lose).

The Philadelphia Phillies have two ex-Cubs – pitcher Scott Eyre and infielder Miguel Cairo (remember back to 1997?)

AS FOR THE Yankees, they only have infielder Jerry Hairston Jr. (although one could argue that Yankees manager Joe Girardi also is infected with Cub-ness and Northwestern Wildcat-ness as well, which when it comes to baseball can be more fatal than H1N1).

So we won’t have to endure tales of the Cubs, even though the factor didn’t stop the Arizona Diamondbacks in 2001 or the Pittsburgh Pirates in 1960. So perhaps the Ex-Cub Factor should be amended to say, any league champion with three or more former Cubs ballplayers is destined to lose, unless the team is playing the Yankees and can drag the series out to a seventh game.

In which case, they will win in the bottom of the ninth inning of game seven.

Nah, too wordy. It’s easier (and more accurate) to think of the Cubs as losers.

SO WHAT ELSE can we look forward to in coming days?

Scott Eyre may be the most unique former Chicago ballplayer; he pitched for the White Sox division title winners of 2000 and with the Cubs’ division winner of 2007. Now, he’s with the Phillies.

Then, there is Yankees outfielder Nick Swisher, whom White Sox fans remember as a disappointment from the division winners of ’08.

So what should we think about while watching the champions of the American and National leagues take each other on for bragging rights for the year 2009?

I’M AWARE THAT Phillies ballplayers who were part of last year’s World Series-winning team were pleased to get the Yankees instead of the Los Angeles Angels as their competition this year.

Nothing against the Angels, but they want a chance to beat up on a prominent team (somehow, when your last World Series win comes against the Tampa Bay (Devil) Rays, it just doesn’t sound as legit).

Yet somehow, I see a Yankees victory coming, and not just because there are some ballplayers on that team who think that the world has been out of whack ever since 2000 (the last time a Yankees team won the World Series).

The question I have is whether Phillies pitchers will attempt to pitch to infielder Alex Rodriguez – who during the two rounds of playoffs this year has been on a hot hitting streak so intense that he has carried the ball club.

CONSIDERING HE’S THE $25 Million-a-year Man, it’s the least he can do. 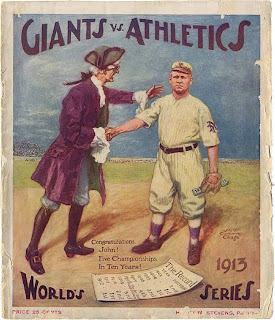 So will this be the year that Rodriguez erases the image that has cropped up during his athletic career of a ballplayer who folds under pressure?

Or will the Phillies figure him out, and get him out? If that happens, you can be assured Ozzie will use his post-game analysis to tell us all about it.