In my mind, the World Series this year just got interesting. 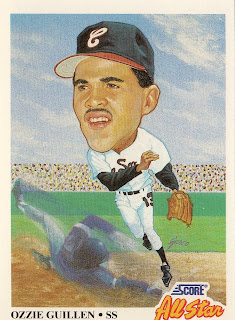 commentary. Chicago White Sox manager Ozzie Guillen got hired to work for Fox Sports, where he will provide pre-game and post-game analysis of the on-field activity.

OZZIE, THE MAN whom some White Sox fans claim is too quick to throw his own ballplayers “under the bus” (but whom I often think is the only one willing to just tell the blunt truth), will get to give us his thoughts about the 2009 season’s ending.

We already know how disgusted he is about the fact that the White Sox were unable to even remain in the running ‘til the very end of the regular season in the fight against the Detroit Tigers – who for the second time in four seasons managed to let the Minnesota Twins overcome them on the final day of the season.

While I don’t expect to hear Guillen’s potty-mouth run amok on national television (although I can’t help but wonder if somebody is going to be on-call with their finger over a button to try to blip out any off-color remark that might slip from Ozzie’s lips), there’s always the chance that we could get some South Side insight into the World Series participants.

By South Side, I mean blunt, as in not concerned if somebody’s feelings get hurt by their physical and mental errors being pointed out to the world.

THIS IS THE man who back in the 2005 World Series signaled for his top relief pitcher to come into the game by using his hands to parody Bobby Jenks’ big gut. Ozzie isn’t someone who’s going to be bashful about expressing his opinion if he sees something stupid happen on the playing field.

He sure wasn’t bashful about letting White Sox fans know that the club they rooted for this year blew it, in a year when their American League division was weak enough that they could have won it despite the team’s flaws.

It is that same bluntness that always made Venezuelan Guillen appealing to that South Side sports fan who has no hesitation about calling out their favorite ball clubs if they sense someone isn’t trying their best to win.

At the very least, it gives people outside of the middle portion of the Washington/Boston corridor a reason to pay attention to the World Series broadcasts that have the potential to stretch this year well into November.

OZZIE WILL BE entertaining.

And we will get those many people scratching their heads in confusion trying to comprehend Guillen’s command of the English language, which grammatically isn’t bad. The only real trick is that one has to listen closely when Ozzie speaks, particularly if they’re too used to hearing people speak in drawls in their daily lives.

Of course, the idea of telling people they ought to shut up and pay attention during a ballgame is just a good concept regardless of who’s doing the broadcasting. Too much of what is wrong with sports these days relates to the idea of trying too hard to appeal to people who aren’t truly interested enough in the event to just watch the game.

If Ozzie is let loose, then people will at least watch his portions of the World Series broadcasts. Because the potential matchup of American League versus National League champions this year is going to cause grumbles from provincial types who don’t live on the East Coast.

SOME ARE GOING to complain about the idea of the Philadelphia Phillies defending their championship status by taking on whichever team winds up winning the American League championship – most likely the New York Yankees, but I suppose there could always be a historic comeback by the Los Angeles Angels.

New York versus Philadelphia for the championship of the “mundo del beisbol.” I can already hear the sports pundits whining that nobody outside of those two cities will care about this series.

It sounds like the same rhetoric that came up in 2005 when the World Series gave us the White Sox and Houston, even though that series gave us a nerve-wracking Game 4 (the only run scored near game’s end), an endless Game 3 (all 14 innings, the longest game on the clock ever) and a few other moments of athletic glory worth remembering (even though I personally thought the highlight of that whole “postseason” was the way in which the White Sox beat the Angels for the American League championship with all four of their starting pitchers managing to pitch complete games).

Personally, I would have paid attention to a New York/Philadelphia (or maybe it really will be a Los Angeles/Philadelphia) World Series, even though the only people who are going to get overly emotional about it are those aging Philly fans who still haven’t gotten over the fact that the Yankees swept Philadelphia four straight games back in the 1950 World Series – the only other time the two teams have met in October.

THERE’S ALWAYS THE chance of some unsung athlete making his name by coming through at the most inopportune moment.

EDITOR’S NOTES: For those (http://www.thebaseballcube.com/managers/444.shtml) of you who feel compelled to look at some numbers.

For those of you (http://www.baseball-fever.com/showthread.php?t=93461) who feel compelled to read an Ozzie rant.
Posted by Gregory Tejeda at 12:01 AM