When it comes to literary standards, will Milorod be a Walker or a Lewinsky?

Will Rod Blagojevich be the second coming of Dan Walker, or Ja 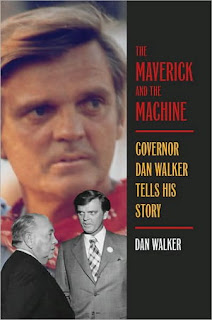 ne Byrne? Or does he have it in him to become the future literary equivalent of Monica Lewinsky?

All three of those people took a crack at writing a book about their political experiences (just like Blagojevich will do later this year) once their days on the government payroll were over, to varying degrees of success.

WHILE HIS PROSE isn’t the cleanest of copy one will ever read, one-time Illinois governor Walker may have come up with one of the best political memoirs when it comes to one of our local government geeks – just because he was relatively straightforward and didn’t seem concerned with burnishing his image.

In the process, he may have done just that with his autobiography, “The Maverick and the Machine.”

When that book came out a few years ago, much of the public attention went to the passages where Walker detailed his life in a federal prison (having to listen and do nothing while another inmate was raped, being singled out for harassment by a warden determined to punish a “corrupt politician”).

But I found the portions of Walker recounting his days in and around Chicago government (“the machine,” a.k.a., the Chicago Democratic organization) and the amount of hostility he encountered as he tried to push for ideals that went against the business interest of establishment political people to be just as intriguing as any story about Walker and his special “governor’s stick” used to pick up trash around the prison grounds.

WALKER WAS EVEN willing to detail instances where he screwed things up. Self-serving pap, this book is not.

In a sense, former Alderman James Laski wrote a similar book. “My fall from grace, 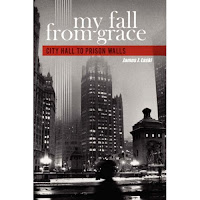 ” was written by him during his time in prison, and it almost reads as a textbook into the ways that the City Council operates, putting personal interests ahead of public policy whenever the two conflict.

How little some things change from those days of the late 1960s to the mid-1970s (when Walker reigned) to the 1990s (when Laski was relevant).

It’s just a shame that Laski could never find a real publisher for his book, and had to go with one of those companies that enables people to self-publish books they have written.

THAT HURTS THE ability to distribute copies (although it really doesn’t take many copies sold these days to have a national best seller – 50,000 or so will do) and draw attention to the book.

He may well have produced a book that no one outside of Chicago will have ever heard of, and copies of it now sell in remainder bins for about $5 each (seriously, I saw one on Sunday for that price).

Can Blagojevich reach this level of literacy – writing a book that people with an interest in government will turn to for examples of the way things truly operate?

After listening to Blagojevich tell us about how he was impeached and removed from office by an Illinois General Assembly filled with drunks and adulterers (sadly enough, there are a few members who fit those categories), we might have hope that a book by the former governor would be willing to give up some good details.

IT’S NOT LIKE Blagojevich is bashful (he’s shown us during his national television appearances that he has no shame). If he were willing to sit down and seriously speculate about government operations and the reason they don’t work properly, it could be interesting reading.

In fact, it could turn out to be one of those seminal works that political scientists turn to for years to come. There is the potential for such a book about our local political scenes at City Hall and the Statehouse in Springpatch.

But I don’t know if the guy who used to go around boasting of his love for Elvis and the Chicago Cubs (there’s no accounting for taste) is capable of thinking in such a way. His book could turn out to be more like the tome fronted by former Major League Baseball player Jose Canseco – which told a sordid tale in such a tacky way that Canseco’s image is permanently tainted by the book, even though it appears to be truthful.

But when it comes to political people, I can’t help but wonder if comparison to Jane Byrne is more appr 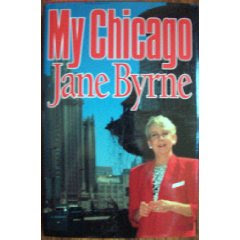 THE FIRST WOMAN to ever get herself elected as mayor of Chicago wrote “My Chicago,” which attempts to tell the story of the history of our home city and the role in which Byrne plays in that greater story.

That book seemed more about trying to turn Byrne into a historic figure to be remembered for the ages, and wound up being filled with a lot of generic passages of Chicago history that I could have found in many other places.

And the nearly 400-page book devoted only about 75 pages to the four years during which Byrne oversaw city government.

Will Milorod be capable of putting his own story into context? Or is he going to bloat the significance of himself way out of proportion? You take a guess.

Then, there’s always, “Monica’s Story,” which the one-time intern of the Clinton Administration cooperated with, so as to tell the tale of how a young girl was seduced by the power and influence of a president. 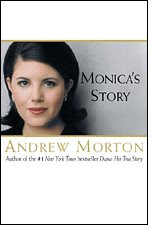 She was fairly graphic in the salacious details that many tacky people wanted to know. And that book did hit the Best-Seller charts – going straight to Number One in its first week.

BUT I REMEMBER that book almost immediately dropping off the charts (everybody who wanted a copy bought it immediately, and interest just declined). The story, on a certain level, was just too stupid to waste much time on. I remember buying my copy of that book about one month after it came out, and I got it in a remaindered book bin ($5.99, if I remember correctly). I can’t think of many other books that dropped to discount so quickly.

Could it be that when Blagojevich publishes his book (which may be released sometime later this year), we’re going to find out that Milorod has a bit of Monica in him – their books will share the same fate?

EDITOR’S NOTE: Could October of this year be notable in Chicago for both the release of a book by Rod Blagojevich (http://www.chicagotribune.com/news/local/chi-blagojevich_book_deal03mar03,0,375224.story) AND the failure of the Chicago Cubs for the 64th straight season to make it to a World Series?
Posted by Gregory Tejeda at 12:01 AM