Is Hairston an honorary Mexican?

For those of us Chicago baseball fans who can remember back more than a decade, Jerry Hairston comes to mind whe 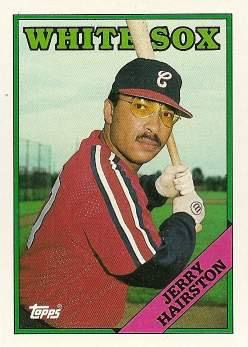 n we think about the guy who got to play whenever Harold Baines needed a rest, or when the White Sox were in dire need of a pinch hitter.

For those people who pay any attention to professional baseball in Latin America, Hairston was also memorable because of the way he included the Mexican League in his professional career – a four-year stint with the Mexico City Red Devils, in between time with the Pittsburgh Pirates and the White Sox.

BUT NOW, HAIRSTON is reinforcing his Mexican baseball credentials. He’s the father of two members of the Mexican national team that will take the field for the glory of “los Tri-colores” during the World Baseball Classic.

Jerry Jr. (who spent one year with the Cubs) and Scott both get to play for Equipo Mexico because their mother was a Mexican citizen.

So the fact that White Sox pitcher Matt Thornton is a part of Team U.S.A., as is Cubs pitcher Ted Lilly, isn’t the only Chicago angle to the baseball tournament taking place during the next couple of weeks.

And for those who want to know more about Los Hermanos Hairston, check out the Chicago Argus’ sister weblog, The South Chicagoan (http://southchicagoan.blogspot.com/).

EDITOR’S NOTES: What exactly constitutes a Mexican (http://web.worldbaseballclassic.com/news/article.jsp?ymd=20090125&content_id=3770858&vkey=wbc&team=) these days?

Mexico’s professional baseball league fills the gap (http://www.baseball-reference.com/h/hairsje01.shtml) in the senior Hairston’s career.
Posted by Gregory Tejeda at 12:00 AM