FROM A CAR RADIO IN SOUTHERN CHICAGOLAND – I heard the budget address of Gov. Pat Quinn on the radio, listening W 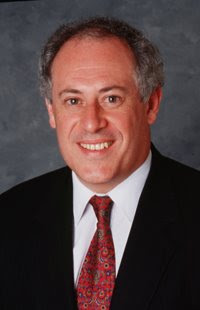 ednesday to the one-time political gadfly’s words of wisdom about government finance. All I could think of, however, was 2010.

As in the statewide elections scheduled for next year.

IT WAS IN between some quick shopping and other tasks that I heard Quinn use his budget address and his proposal to boost the state’s income tax by 50 percent (it’s really 3 percent to 4.5 percent, but all too many people hear 50 percent and think it’s going from 3 percent to 53 percent, which probably says something about the quality of education in the Land of Lincoln these days).

While many people will be enamored with the rhetoric about people with incomes of less than $50,000 ( 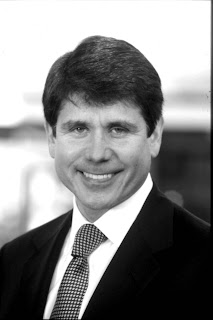 and I definitely fall into that category) having a chance at paying less in taxes (and his quip about people who raise thoroughbred horses getting better tax breaks than people who raise children is a memorable one), the part that most caught my attention was his introductory comments.

You know, the ones where he referred to the political corruption tag that Illinois has been hit with in recent years, calling it the worst crisis Illinois has faced in modern times. 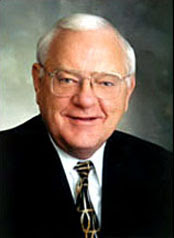 perior, Rod Blagojevich, in referring to the political activity that has resulted in criminal charges, some convictions, and even a bit of jail time for some people.

WE GOT TO hear about George Ryan

Quinn couldn’t help but remind us that Ryan the Republican is the one currently doing time in a federal correctional center, even though he followed up by reminding us that Blagojevich the Democrat was impeached and now faces his own criminal charges that could someday have him do a stint at the minimum-security federal prison in Oxford, Wis.

Our governor of seven weeks literally went so far as to label political corruption “a bipartisan issue” in Illinois.

He then went into a lengthy account of some of the things he has tried to do during his brief time living in the Executive Mansion in Springfield, all of which remind those of us who pay much attention to state government and partisan politics that Quinn is the ultimate “goo-goo,” working for many years with all those good government-type groups that put up an elite view of what our governments should stand for – and which the political establishment often has ridiculed as impractical.

SO WAS ONE point of significance of Quinn’s first budget address that it gives us clues as to the kind of campaign rhetoric we’re going to be inundated with during the next year and a half.

The Illinois Republican Party would like to have some of its members hold elective office within state government, while Democrats are desperate to prevent the clownish political behavior of Blagojevich from tainting their candidates in the 2010 elections.

Republican officials have made it clear they view 2010 as a chance for political payback for the hostile rhetoric they endured from Democrats in 2002 and 2006. GOP gubernatorial hopeful Jim Ryan had to put up with claims he was just another George Ryan, because they shared the same last name (although not any actual family tree).

Four years later, Judy Baar Topinka had to endure that grainy video used in Blagojevich campaign ads that showed her dancing with George Ryan at an Illinois State Fair of the past.

THERE ARE MANY Republicans who are just itching for a fight to claim that every single Democrat on the ballot has the middle initial “B.” As in, Pat Blagojevich Quinn. Lisa Blagojevich Madigan, Richard Blagojevich Daley. And so on.

So is the Democratic strategy going to be to toss out the name “George Ryan!!!” every time a Republican brings up the name “Rod Blagojevich!!!?” Commercials depicting Ryan video going up against footage of Blagojevich and all those poems meant to make him sound well-read – I can sense the headache coming on already.

Is it going to be to claim that no political party has a monopoly on government officials whose behavior might have been inspired by some desire for the public good (I believe Blagojevich when he says there’s no way he’d have ever proposed an income tax hike in today’s enonomically-troubled times), but crossed over the line into illegality?

Are they hoping that people figure one balances out the other, and that they just go ahead and vote for the political party that has the status quo in their region of the state? If that happens, then Democrats can prevail because of the growing dominance of the Chicago metro area over the rest of Illinois.

OR IS THIS more a sign of Quinn’s strategy, since there is significant evidence to indicate that the current Illinois attorney general who has desires to be governor some day could beat Quinn in a Democratic primary next year. Let’s not forget Lisa Madigan has her share of supporters, and the campaign money on hand to bolster her political reputation in positive ways.

The Quinn strategy could literally turn into “Give a goo-goo a chance,” as opposed to the daughter of the long-time Illinois House speaker, or anyone else who has ties to the political establishment of Illinois.

Some might think I’m crass for thinking of partisan politics at a time when the state confronts a potential $9 billion hole in its budget for the fiscal year that begins July 1. Perhaps we should ponder whether an income tax hike is appropriate at this time.

But the activity of the next few months will provide significant evidence as to whether we will still be dealing with “Governor Quinn” in 2014, or whether political observers by then will be struggling to remember who it was that got to finish off the Blagojevich term – making Quinn as obscure to some political people as the name Samuel Shapiro is today.

EDITOR’S NOTE: Twenty-five rounds of applause from legislators whenever Pat Quinn suggested maintaining funding (http://www.chicagobusiness.com/cgi-bin/news.pl?id=33364) for projects or job creation, versus no applause for talk of tax increases. I suspect this plan will look nothing like its current form when the General Assembly finally approves a budget for the 2010 fiscal year.
Posted by Gregory Tejeda at 12:01 AM