On the surface, President Barack Obama will use modern-day technology offered via the Internet to give the American people a ch 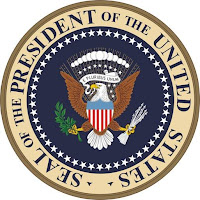 ance to speak directly to him – and answer their questions about the economy.
But in reality, I can’t help but think the only people who will get anything of substance out of this session will be the writing staff for Saturday Night Live. I see little more than a comedy sketch for Saturday night coming out of the “Open for Questions” sessions.

THAT IS WHAT the Obama people are calling their new stunt, by which people can make a brief video (30 seconds or less, please) of themselves asking a question about the nation’s economy.

Other people can vote on what they think of the question. Come Thursday, people who go to the White House web site will be able to see video snippets of Obama providing answers to some of the questions.

Now the reason I think Obama is setting himself up for parody is because I can picture the sketch of questions by incredibly uninformed people being answered in pompous fashion by our president.

This whole stunt (http://www.whitehouse.gov/OpenForQuestions/) reeks of an attempt to ignore the questions of people with some background who might have enough knowledge to ask something intelligible and go for the babble of someone who is clueless.

IT ALSO WILL allow the president’s handlers too much control over deciding which “questions” represent the concerns of the people, thereby making them worthy of the president’s response.

Admit it. The stunt is little more than an appeal to people who spend far too much time on their computers, rather than trying to understand the real world around them. I can’t help but wonder if Obama learned of Mayor Richard M. Daley’s use of YouTube videos to spread the city’s “message,” and decided he wanted to try to one-up Hizzoner?

And this sketch literally would not be original.

I remember a sketch that first aired more than three decades ago, back when the program was still known as “NBC’s Saturday Night.” It was an attempt to portray then-President Jimmy Carter as a somewhat pompous know-it-all.

IN THAT SKETCH, Bill Murray portrayed legendary news anchor Walter Cronkite as the host of a radio call-in show, who interviewed Dan Ackroyd’s Jimmy Carter impersonation and took calls from (as I recall) a postal worker who couldn’t understand how to properly work mail-sorting equipment, an obnoxious person (voiced by Garrett Morris) who made crude comments about first lady Rosalyn, and a stoned person who needed to be talked down from his drug-induced “trip.”

This would be a case where I doubt the current crew of writers could top the spirit and humor expressed in that original sketch.

And that one was humorous because it was such a parody of Carter’s desire to be intimately involved in the most minute details of the federal government operation.

An Obama sketch based on the “Open for Questions” session would be too literal to be funny.

Well, I agree with you. It does seem a little funny how Mr. Obama is trying all these new ways how to get the word out that he's the best and trying the hardest. I wonder though how many of those questions are really real and not just filmed in some studio by white house employees. It sure would be really easy to answer the questions you ask, so why not? Nevertheless, cool idea, at least he goes with new technologies.