Does Chicago soccer have the power to give new life to athletic squads?

I stumbled across a happening (trivial, to be sure) in the Chicago Sun-Times that makes me wo 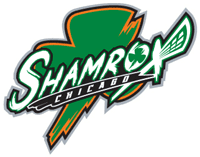 nder if professional soccer in Chicago carries some sort of resuscitation power.

Can being connected to a Chicago soccer team enable one to have a life – even after one ought to be deceased in the athletic sense?

WHAT AM I babbling about, you may ask?

It was an item in the sports section that said the cheerleading squad of the Chicago Shamrox (a professional lacrosse team) would continue to exist, even though the Shamrox went out of business in December, and the National Lacrosse League is on the decline.

Now insofar as the Chicago sporting scene goes, the Shamrox weren’t exactly big players. They existed for two seasons, and many people who consider themselves sports fans may not have even known they existed (they played their matches at the Sears Centre arena in Hoffman Estates).

Most of the attention they received was because of their cheerleading squad (the Hot Rox Dancers). Many sports sections got their kicks from publishing photo

graphs of women in fringes that pass as short skirts and low-cut halter tops who were willing to jiggle their hips a bit.

IN FACT, THAT was probably the biggest motivating factor in the Sun-Times publishing an item saying that another sports team has adopted the Hot Rox Dancers as their own cheerleaders.

That team? The Chicago Fire, our city’s entry in Major League Soccer.

The Hot Rox Dancers will now perform their routines at Fire soccer matches in their nice new stadium on the edge of Chicago (it’s located in the southwest suburb of Bridgeview) not far from Midway Airport. That’s in addition to the non-sports event performances they give in their own right as they travel around the world.

For the record, Cardinal Fitness (the chain of health clubs that is spreading throughout the Chicago area) will sponsor them at Fire soccer matches.

I would be referring to the Chicago Sting, which in their 14 years of existence won two championships in the now-defunct North American Soccer League. Their title in 1981 was the first championship for a Chicago-based team since the Bears won an NFL title in 1963, and their title of 1984 (won on the same day that Leon Durham let a ground ball go through his legs and the Cubs blew a shot at a National League pennant) was the final one ever awarded by the NASL.

But while the North American Soccer League (including the high and mighty New York Cosmos – the team of international stars such as Pele, Beckenbauer and Chinaglia) disappeared after that year, the Sting actually continued to have a life.

They had previously shifted into a dual existence, playing summers in the NASL and winters in the Major Indoor Soccer League (playing a goofy version of soccer that more closely resembled a life-sized pinball match).

Now I realize there is a difference between an actual team continuing to exist by playing a variant of their sport, and a team’s cheerleaders continuing to perform.

Some people who just can’t handle any sense of irony will probably wish they were reading this commentary in a newspaper so they could wad up the page into a ball and fling it into a trash can, while shouting a choice obscenity or two.

But hearing that the Hot Rox Dancers will live on at soccer matches gave me a chuckle, while also making me remember the old days of the Sting (I still remember watching them roam the playing field of Comiskey Park in the early 1980s, when they were on top of the U.S. soccer world).

SO IF YOU happen to find a reason to show up at Toyota Park this summer to see the Fire, give a thought to the Shamrox when you see their dance squad shimmy and shake themselves in an attempt to get the crowd worked up into a frenzy.

After all, it likely will be the only attention most of you paid to the Shamrox themselves. I will be just as guilty of that sin of omission of thought as any of you. If one thinks the Hot Rox Dancers are too obscure a squad to have a continued life, I think it puts them on a certain unique platform in the history of Chicago sports.

I must admit that the factor of the first Chicago Bears game I ever went to (a pre-season game in 1979 at Soldier Field against the New York Jets) that I most remember was watching the Honey Bears parade around the sidelines.

Would anyone have thought less of the Honey Bears squad had another team adopted them after the Bears prudishly dropped them following the 1985 Super Bowl-bound season?