Daley wins, but Blagojevich bungles in Wednesday “Battle of the Chicago pols”

Political observers who realize the world of Chicago politic

s to be far more interesting than anything happening in Washington had a serious decision to make Wednesday – south, or north.

Of Randolph Street, that is.

PEOPLE WHO WANTED to see the reality of power politics in Chicago had to decide whether to focus their attention on the south side of Randolph Street between Clark and LaSalle streets (City Hall), or the north side (Thompson Center state government building) of that block.

Either way, the realities of Chicago politics were at work.

At “da Hall,” the City Council became a rubber stamp for Mayor Richard M. Daley’s desire to have the Children’s Museum “forever defile” (in the minds of environmental critics) Grant Park.

At “the Thompson,” a negotiating session between Gov. Rod Blagojevich that was supposed to be about reaching a compromise on a budget for state government turned into a gubernatorial diatribe about a state capital projects plan and a legislative response to impeach the governor. 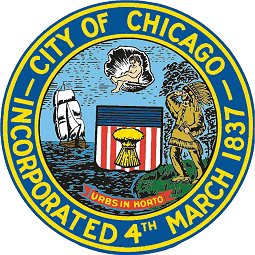 that the activity at City Hall was “the Machine” of old, rubber-stamping the desires of a mayor named Daley, regardless of what any of those egg-headed activists might think or say about the public good.

But the activity involving state government (which usually takes a back seat to city government in the interests of Chicago resident) is more intriguing, because it is the ultimate power struggle.

Blagojevich usually tries to show that he is just as significant a political person in Illinois as Mayor Daley. But now, he’s trying to show that he’s not less important to the operations of state government than Illinois House Speaker Michael Madigan, D-Chicago.

How else to view the meeting between Blagojevich and the General Assembly’s four leaders that was supposed to be about plugging $2 billion holes in a nearly $60 billion budget for the upcoming state fiscal year.

BUT BLAGOJEVICH DIDN’T want to discuss the budget. He merely wanted to harangue the Legislature’s leadership about their failure to pass the $31 billion capital projects plan that he had retired Reps. Glenn Poshard and J. Dennis Hastert craft for him.

Some reports indicate Blagojevich told lawmakers that a budget would craft itself if only the Legislature would pass a capital projects plan – a goal that many legislators think is less important than a budget and can wait for a future year.

Days like Wednesday might be the way in which Blagojevich tries to convince himself that he has significant influence – if only those pesky legislators were to just please, do what he told them to do.

It is in dealing with such a mentality that Madigan’s political counter-punch makes sense. He didn’t bother to show up for Wednesday’s meeting, sending House Majority Leader Barbara Flynn Currie, D-Chicago, in his place. (He previously has said meetings with Blagojevich are a “waste of time”).

INSTEAD, A MEMO wound up getting circulated that (in theory) informs members of the Illinois House of Representatives that they ought to start seriously thinking about impeachment of Blagojevich.

It also goes so far as to tell legislators that they ought to deny that they were influenced by leadership, and should insist that they are “research(ing) this issue on my own.”

Since June 1, Republicans have become significant in the budgetary process since the failure to meet a May 31 deadline means any revised budget will have to have more votes of approval than Democrats can provide on their own.

So naturally, House Minority Leader Tom Cross, R-Oswego, felt the need to get in the middle of the impeachment memo scandal – he said Madigan is more concerned with “creating a political document to play games” with the budgetary process.

YET IT IS sort of hypocritical for Cross to act so “shocked, shocked I say” to find politics being played with the budget. By taking his shot at Madigan, he’s engaging in his own political gamesmanship.

For what it’s worth, the memo about impeachment really isn’t about impeaching Blagojevich (even Madigan realizes the Democratic Party would come off looking so stupid if they tried to remove a sitting governor just because he’s arrogant).

They just want to hold it over his head while the budget talks take place, in part because of a belief that Blagojevich could resolve the whole budget situation on his own. He could use amendatory veto powers to make changes to the budget plan the Legislature approved almost two weeks ago.

Instead, he’s dragging the Legislature into the mess, trying to make it appear as though the whole matter is their fault – and that he’s Saint Rod, the Innocent, who doesn’t deserve blame for anything that goes wrong in Illinois government operations.

BASICALLY, THE NORTH side of Randolph Street is a political power play, with the governor trying to show who’s the boss, and Madigan reminding Rod that the Speaker was “The Speaker” back in the days when Blagojevich was just a college kid goofing off his way to a “C” average.

By comparison, the south side of Randolph was city government showing off its arrogant side – letting people know that it is not overly concerned about any reasons that might be given by environmentalists and residents of the high-rise luxury buildings that surround Grant Park.

THEY will decide where the Children’s Museum will be placed, and if they want it in Grant Park, then so be it.

Sixteen members of the City Council led an effort that lasted for nearly four hours to drag out the debate, while activists gathered outside the council chambers with their picket signs and cute chants to let them know that any construction in Grant Park amounts to “defiling” a civic treasure – the Chicago lakeshore of Lake Michigan.

BUT WHILE THERE are some legitimate reasons for putting a museum as potentially significant as the Children’s Museum at Grant Park (which is far more accessible than the current location at Navy Pier), none of the political geeks who comprise the Chicago City Council were concerned with those.

They did it because they did, even if they had to endure four hours of loudmouths (who they probably thought one-time Chicago Cubs manager Lee Elia’s description of Cubs fans also applied today when he said, “85 percent of the world works for a living, the rest of them come out here.”)

In the end, Alderman Bernard Stone, who represents the Rogers Park neighborhood on the far north lakefront, spoke their mindset when he said of the opposition, “I heard their chants. I read their t-shirts. ‘Save Grant Park,’ Save it from what?”

What we all need saving from are the political mindsets that prevailed on both sides of Randolph Street. When people place politics ahead of issues, the only people who benefit are political scientists, and even then, only because they get fresh anecdotal material for their studies.

EDITOR’S NOTES: Was House Minority Leader Tom Cross, R-Oswego, really upset with House Speaker Michael Madigan, D-Chicago, about a memo his staff secretly circulated (http://www.suntimes.com/news/politics/999913,blago061108.article) about possible impeachment of the governor? Or was he just sticking up for his old friend, who was one of his colleagues in the Illinois House in the mid-1990s?

What would happen (http://abclocal.go.com/wls/story?section=news/local&id=6199880) if you had budget negotiation talks, and nobody talked about the budget?

Ultimately, an appeals court panel somewhere will decide whether or not the Children’s (http://www.chicagojournal.com/main.asp?SectionID=1&SubSectionID=60&ArticleID=5104&TM=64361.57) Museum is permitted to relocate to Grant Park.

With all this activity in and near “da Hall,” nobody in Chicago cared much about the other political scandal story of the day, where Democratic presidential hopeful Barack Obama (http://afp.google.com/article/ALeqM5iHFZaew6MajX6n5OFf5oEz4K2K2w) had to accept the resignation of one of the people who was going to help him pick a vice presidential running mate due to allegations that the aide, former Fannie Mae executive Jim Johnson, accepted preferential home loans.
Posted by Gregory Tejeda at 12:01 AM

Bernie Stone represents the 50th Ward, which is landlocked. Among the City's 77 official community areas, it is known as West Rogers Park. The lakefront in that area is a mile east, the 49th Ward, home of Ald Joe Moore, known as Rogers Park. The politics, like the aldermen, could not be more different.