EXTRA: Everybody’s spewing a load of bull in the land of Springpatch

Springpatch; it's that mythical place where Illinois political people live in their own little world and the concerns of the real people whom they’re supposed to be representing don’t seem to amount to much.

Springpatch. That’s the place where we wish we could avoid, yet it now is taking over the focal point of our state government operations all because of the nothingness that is occurring there.


THE GENERAL ASSEMBLY convened again in their “special session” – which former legislator-turned-Cook County Commissioner John Fritchey says  on his Facebook account "aren't very special at all" – for a whole lot of nothing toward trying to craft the operating budget that would allow state government to function properly.


We haven’t had one of those for nearly two full years – and based on what we’ve seen so far this week, there’s no reason to think we’re going to have one by next Friday (which is the final day of state fiscal 2017).


About the only thing that did get done Friday was the obligatory round of statements issued by the political partisan hacks who want us to blame “the other guy” for the whole lot of nothingness that is occurring.


Madigan, Cullerton continue to stall was the headline atop the Illinois Republican-issued statement, while da Dems claimed to be “deeply disappointed” that Republican leaders wouldn’t meet with them Friday “and work (with us) to advance a balanced budget.”


THE BULL EMANATING from the Statehouse Scene made me think for a second that we were in mid-August – the time of year when state officials focus attention on the Illinois State Fair and we get to smell the fragrant aroma of the assorted farm animals on the state fairgrounds.


So do I think that Senate Minority Leader Christine Ragodno and James Durkin of the Illinois House really created a sense of disappointment by not showing up to meet with Illinois House Speaker Michael Madigan or state Senate President John Cullerton?


No more than I believe the Republican rhetoric that Democrats are engaging in “sham hearings” by refusing to blindly vote for whatever the GOP tells them to do.


This is a problem that will require a true sense of political bipartisanship to resolve. Unfortunately, all we’re getting is some of the most intense partisan trash talk that has ever come from Springpatch. 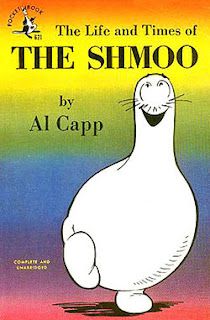 IT’S NO WONDER that we’re getting such garbage from a place that brings to mind the lame old gag of naming the Illinois capital city in memory of the fictitious hometown from the old Lil’ Abner cartoons.


Because there are times I think our government officials have all the sense of a Shmoo.