Did Belushi/Ackroyd give Chicago history lesson w/ The Blues Brothers? 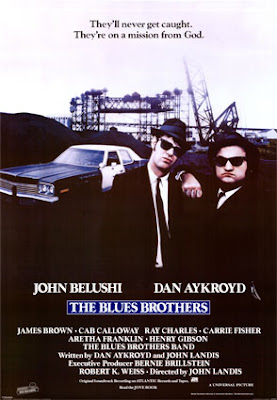 It came out the summer following by first year of high school – a time in life when I had the time to watch the many movies that were made. The film based off the Belushi/Ackroyd “Saturday Night Live” characters was long (and would have been longer if director John Landis had had his original vision approved), over-convoluted and in some points nonsensical.


BUT THERE IS one reason why I will never tune away from a showing of the film if I happen to stumble across it – the film depicts a segment of Chicago that just doesn’t exist any longer and never got much attention paid to it when it was around (unlike “Ferris Bueller’s Day Off” which shows us the official take on touristy Chicago).


As someone who was born in the South Chicago neighborhood and who was raised in suburban Calumet City, The Blues Brothers was the film that was made in my home neighborhoods (although to be honest, there never was a Our Lady of the Blessed Shroud orphanage in Cal City that needed saving).


In fact, the closest to Calumet City that the film came was when they used the remains of the old Dixie Square shopping mall in Harvey (two towns to the west) for the chase scenes involving the Illinois State Police.


But the 95th Street bridge, the Baptist church that served as the “Triple Rock Church” and home of the Rev. Cleophus James (a.k.a., singer James Brown) and the “Curl Up and Dye” hair salon where the late Carrie Fisher’s vengeful hair stylist plotted the Belushi character’s death.


ALL ARE PLACES I could take you to in the old neighborhood and show you where movies were made nearly four decades ago.
Even outside of the city’s 10th Ward, the film gives us the sight of what was once the old Maxwell Street market where one could easily repurchase any item that might have been ripped off from you.


Or that flophouse of a residency where Ackroyd’s character lived (and which Fisher’s character took a bazooka to)? It was under the “el” tracks down on Van Buren Street in the South Loop (back when the area was decrepit), and I still remember one of my first assignments for the now-defunct City News Bureau of Chicago was to report on the fire that destroyed the building for real.


So what brings all of this to mind? The city’s Department of Cultural Affairs and Special Events likes to show movies on a giant screen in Millennium Park. Tuesday night will be a showing of The Blues Brothers. Admission is free and you can sit outside and get a laugh (unless you’re so politically uptight that you can’t bear the thought of watching a film in the Jay Pritzker Pavilion and Great Lawn).


MEANING BELUSHI (the native of suburban Wheaton) AND Ackroyd will live on, as will the music of the late Brown and Cab Calloway (“Minnie the Moocher” will never die because of this film). 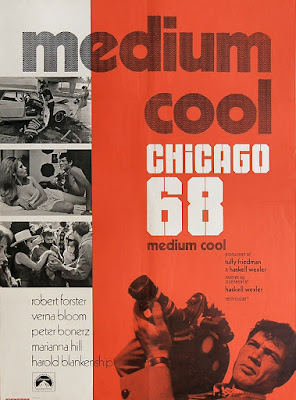 And even that moment when we learn that Bob’s Country Bunker features both kinds of music – country AND western. Where we’re also subjected to a ludicrous Belushi/Ackroyd take on the Tammy Wynette classic “Stand By Your Man.”


The combination of elements of current Chicago and bits that are long past are something that always amuse me and make the film (along with “Medium Cool” from 1969).

The latter film showed us the Grant Park of the past that became the site of anti-war protests back in the Vietnam era, the Uptown neighborhood of old, and the lengthy shot early in the film of a man on motorcycle rushing videotape from an auto accident scene back to the TV studios downtown (riding along the length of Lake Shore Drive into the Loop) is one that captivates me because of the number of times I’ve made a similar drive during my life. 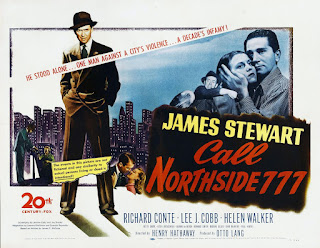 THERE'S ALSO THE Chicago of "Call Northside 777," but much of it is before my time, and was long ago subjected to the bulldozer. What a shame.


Yet those don't compare to the compare to the bit in The Blues Brothers when Illinois Nazis (yes, we all “hate” Illinois Nazis) wishing to kill the musical duo drive off the end of an incomplete bridge, and wind up soaring thousands of feet into the air before crashing down into a car-sized Chicago street pothole.


But didn’t I warn you the film was nonsensical!?!