The New York Yankees are making their annual trip to Chicago to play baseball, but it’s not the usual one. 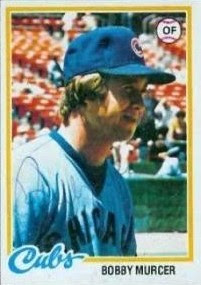 For due to the quirks of interleague play, the Yankees will be headed to the North Side this weekend – taking on the Chicago Cubs in a three-game series beginning Friday.


GOING INTO FRIDAY’S game, both ballclubs are in first place in their respective divisions, which I’m sure will have some people getting all worked up into thinking this weekend is a potential preview of the World Series – Yankees vs. Cubs!!! – and a rematch of 1932 and 1938.

Not that any serious baseball fan of the Cubs wants to relive either of those seasons – the Yankees won both years in four-game sweeps. ’32 will forevermore be famed for that home run Babe Ruth hit that he may-or-may-not have called in advance, while the ’38 Yanks of Joe DiMaggio swatted aside the baby blue bears as though they were insignificant.


In short, there’s not a whole lot of history between the two ballclubs – the Chicago/New York baseball battles throughout the years have involved the White Sox; and as it turns out will occur June 26-29 at Guaranteed Rate Field on the South Side. 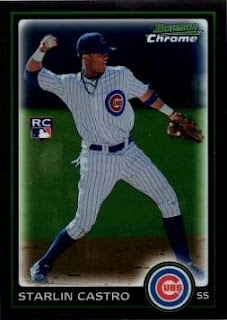 Historically, the White Sox were the ones that had something of a rivalry with New York and the Yankees (although the coming of modern-era divisions and an emphasis on local rivalries has diminished that), while the Cubs were the ones who engaged in their rivalry with the St. Louis Cardinals for Midwestern supremacy.


A RIVALRY THAT fits in perfectly with the modern-day divisional structure.


Not that any such rivalry would have been possible for the White Sox, since back in the days when St. Louis was a two-team baseball town, even at their low points the Sox could count on being better than the St. Louis Browns of old.


But this week will give us the one-time City Number One versus City Number Two, although there are enough players who’ve done double duty for both ball clubs.


Take the Yankees squad that will take the field at Wrigley. Starting shortstop Starlin Castro was once supposed to be a Cubs star of the future, while Cubs fans still remember the glories of relief pitcher Aroldis Chapman who was acquired in a mid-season 2016 trade from the Yankees, then skedaddled back to New York as a free agent once the season ended.


THEN, THERE’S ALSO Yankees manager Joe Girardi, the pride of Northwestern University who also was once a Cubs catcher and whom some Cubs fans are delusional enough to think fantasizes about the day when he’ll be able to leave New York to once again don a Cubs uniform.


Actually, it makes me wonder if the Yankees are now subject to the Ex-Cub Factor – three or more former Chicago Cubs on the roster is the Kiss of Death to any World Series-bound ballclub. 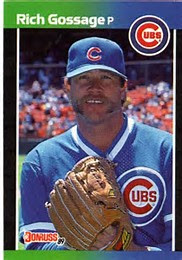 It even took down the Yankees in 1981 – which had pitcher Rick Reuschel, catcher Barry Foote and outfielders Oscar Gamble and Bobby Murcer. Even though Murcer played the bulk of his ballplaying career as a Yankee, it seems his Cubby stint tainted him in the eyes of the baseball “gods” and that wound up being the year a Dodgers team was finally able to defeat New York.


Of course, there also have been other Yankees who did stints in Cubby blue, including Hall of Fame-quality relief pitcher Rich Gossage, toupee-clad infielder Joe Pepitone (who looked stylish while he played) and even a guy who was a personal favorite ballplayer when I was a kid.


THE LOU PINIELLA who smashed water coolers to ease his temper (and making a game-saving defensive play in that 1978 tie-breaker with the Boston Red Sox) just always seemed out-of-place during that stint he was the Cubs manager. 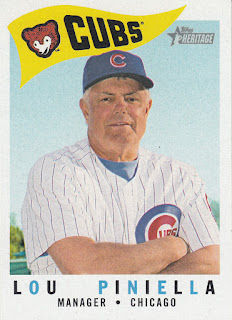 I’m sure the hard-core fan of Cubdom can rattle off endless lists of people who did double duty for both ballclubs.


All I know is I have my ticket for Friday’s game; the first time since 2004 that I’ve set foot in THAT ballpark. I’ll be watching to see how Cubdom reacts when it is in the presence of a team that has enough on-field achievements to justify a haughty attitude, while wondering myself what the chances are this could be a World Series preview.


And I most likely will be giving the outside world – the part that actually thinks Donald J. Trump makes a credible government official – little thought.