Would Trump approve health insurance reform if it could be named after him?

I have always suspected that the real objection most Republican political officials have to the Affordable Care Act is that it is something that soon-to-be former President Barack Obama will get credit for. 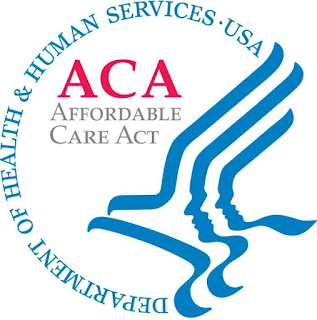 After all, many of these people want to believe that Obama is evil incarnate and that everything he may have brought about during his presidency needs to be abolished. History needs to be rewritten so that we can deny there ever was such a presidency.


THE IDEA THAT Obama came up with a proposal that provided for health insurance benefits for people who – for whatever reason – didn’t have any is something that just cannot be allowed to remain in place.


Yet the reality of the situation is that having those millions of people who used to be uninsured going around without any way of paying for medical care they may need IS a serious problem for our society.


Those people were a drag on us all – particularly if they were having to show up at hospital emergency rooms for medical care and sticking the hospitals with the bill. Which they, in turn, found a way to pass along to the rest of us.


Republicans have made it clear there are measures they will desperately do away with the instant they take control at 12:01 p.m. on Jan. 20, 2017 – Obama’s immigration reform measures that were implemented by executive order are likely gone until the day a future Democratic-leaning president reinstates them.


AS FOR THE Affordable Care Act, that was approved by Congress, and even approved in basic concept by the Supreme Court of the United States. So Congress will have to take on an act to repeal it – which they have tried repeatedly to do only to be vetoed by Obama.


It is presumed that a “President Trump” will be more willing to sign such a repeal into law.

Yet Trump is going to learn that there were some serious benefits to having such a plan in place – largely that a straight-out repeal would wind up restoring many of the problems that used to exist from having so many millions of people uninsured.


He’ll also find out that once one gets beyond the partisan politics, the public largely supported the basic idea – with the exception of the ideological crackpots who wanted to believe it wasn’t their concern whatsoever to help provide anyone else insurance.


UNLESS TRUMP WANTS this to be the issue for which the public eventually turns on him and begins kicking themselves in the rear for casting ballots for him in the first place, he’s going to have to come up with an alternative program.


He may even wind up realizing that it won’t be radically different from what the Obama administration provided us – a measure that provided some financial assistance for those who otherwise would have trouble covering the cost of an insurance plan for themselves.


Because the reality is that many companies view the expense of providing insurance for their employees to be something they wish they could cut. It would help enhance their financial bottom line!


A simple abolishment would be about as reckless an act as Trump could commit against our society.


My own insurance these days is from a plan for which the Affordable Care Act provides me a tax subsidy that covers just over half the cost – with the other half of the bill coming out of my own pocket every month.


It also was during the past year of having such a plan that I have discovered my own condition (high blood pressure) for which I am on a daily regimen of three different pills whose cost would be prohibitive if I had to pay the full bill out of my own pocket.


Yet I doubt I’m the extreme – there likely are people who will be in worse shape if Trump winds up making a moot point of all the paperwork I’m going to be filling out later this week to ensure my own insurance policy is renewed for another year.


WILL THE KEY to the public good be to letting the political partisans craft a plan that can be given a new brand – perhaps following the lead of how Trump the real estate developer named so many of his buildings after himself.


As in “Trump, the healthcare!” We may have to get used to it.