EXTRA: It’s beginning to look a lot like a strike will take place this autumn

We’ll know more come Wednesday, but it’s becoming more apparent that the Chicago Teachers Union is not likely to reach any contract agreement any time soon in their ongoing dispute with the public schools system. 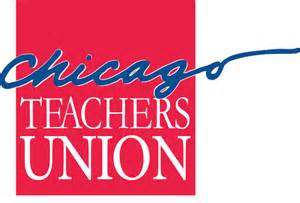 Union officials on Monday let it be known the results of its recent vote over whether to issue a strike authorization. That’s the step by which the actual teachers give the teachers’ union leadership the authority to decide whether to call for a strike.


AS IN PICKET lines, protests and teachers chanting slogans that take the name of Mayor Rahm Emanuel in vain, all while parents get all peeved that they now have to find alternate daycare for their children – whom they had counted on being able to shuttle off to school.


For the record, 90.6 percent of union members took part in the vote, and 95.6 percent of those people voted “yes” to the idea of going out on strike.


In short, teachers are upset with the idea that school management has tried to make it seem as though it’s their greed that is causing the financial problems that confront the Chicago Public Schools system.


So after going through decades of leadership during the years of Mayor Richard M. Daley without labor disputes, it appears that Emanuel could face the prospect of his third strike to occur during his five years, thus far, as mayor.


THE NEXT STEP is for the teachers’ union’s governing body to meet, and that is scheduled for Wednesday. At that time, the union could proceed to approve the 10-day notice required by law of the teachers’ intent to take to the picket lines. 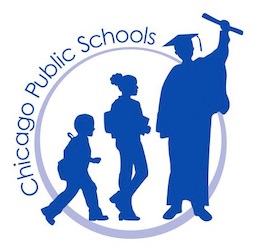 It also means the first day we could actually see picketing school teachers is Oct. 11 – one day after the official day for celebrating Columbus Day. Which means we could literally get the sight of picketing American Indian activists calling Christopher Columbus a slave trader and a tyrant, followed up a day later by the sight of school teachers coming up with nastier things to say about Emanuel.


There really is no love lost between the two sides, as most people perceive the Chicago Public Schools management as nothing more than a batch of lackeys doing the mayor’s bidding.


One other potential issue, for those who are religious-minded.


TECHNICALLY, THE JEWISH holiday of Yom Kippur is Oct. 12, with certain aspects of its celebration beginning the night before.


Could someone who is Jewish and who teaches in the Chicago schools claim they’re not working because they’re honoring their religious beliefs? Or would they have to make their religious statement by not participating in the picketing that could place that day?


On a serious note, I realize there are real issues at stake in this labor dispute, and this one religious issue is likely to be a minor point, if significant at all.


But with the proposed cuts that union officials say will hurt special education classes, librarians, counselors, social workers and teachers’ aides – along with leaving many needed teachers out-of-work – we have to find some way of alleviating the hurt that likely is going to spill out publicly in coming weeks.

Posted by Gregory Tejeda at 2:32 PM