EXTRA: Baseball truly a global game, even though some wish it weren’t

So just what should we make of the fact that Ichiro Suzuki, the aging outfielder for the Miami Marlins who was the first big star ballplayer to come to this country out of Japan, has theoretically topped Pete Rose for the number of base hits in his career? 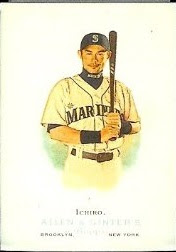 I say theoretically because Suzuki hasn't officially reached the 3,000-hit milestone yet (he needs 21 more base hits to achieve that goal), while Rose over the course of his career playing for the Cincinnati Reds and other National League teams got more than 4,200 hits.

BUT WHEN ONE contemplates the fact that Suzuki got some 1,278 base hits while playing for nine seasons for the Orix Blue Wave in Japan’s professional leagues.

Making him some sort of international hit king at the professional level. While some others are all too eager to denigrate the achievement in various ways. They’re determined to claim it is an irrelevant goal that we shouldn’t pay any attention to. Then again, there also were those who couldn’t stand it when famed Japanese ballplayer Sadaharu Oh hit more home runs in Japan than either Babe Ruth or Hank Aaron managed in the United States.

While I personally admit that I think adding up Suzuki’s 1,278 Japan base hits and his 2,979 (as of Wednesday) hits in this country is an oversimplified stat that means about as much as getting the most pinch hits during the third week of August, I don’t like the hostile tone of those overeager to diminish Ichiro.

Who has a significance both athletic and cultural in the way he became the first non-pitcher of any significance from Japan to achieve success in U.S. baseball. 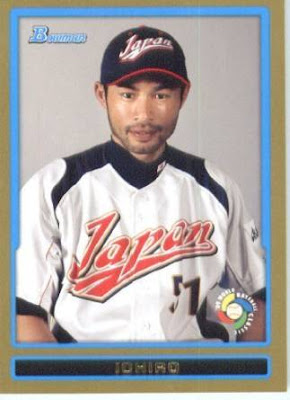 I'LL BE THE  first to admit the professional leagues in this country do play ball at a higher level than any other place o Planet Earth, but not because of any supposed superiority by naturally-born U.S. citizens when it comes to the game.

If anything, it is because our professional leagues literally attract the best the world has to offer. And that is because of money. All of those Latin American stars on major league teams across the country probably would have stayed back home if they could have made as much money doing so as they get here. 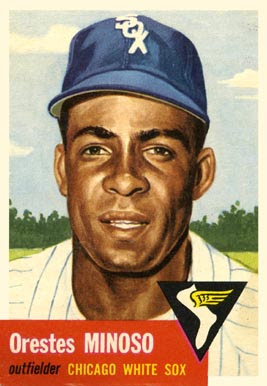 I’ll go so far as to say that the only reason the Central and Pacific leagues in Japan are not considered superior to the U.S. American and National leagues is because of all those “foreigners” whom some baseball fans seem to wish they could do away with.

Heck, just think of how much better the Dominican or Venezuelan leagues would be if they could keep all their home-grown talent in their native countries?

I WONDER IF the people most anxious to denigrate the Suzuki achievement are the ones who wish he’d have somehow stayed home, thereby depriving fans here of the chance to enjoy the skill with which he has played baseball since coming to this country back in 2001.

Or many of the other great stars of recent decades who have made our ball clubs in this country capable of playing at a higher skill level than ever before?

Such as Minnie Miñoso, who played many years in the outfield for the Chicago White Sox of the 1950s, but also has stats from playing professionally in Cuba and Mexico that give him a cumulative total of 4,073 base hits.

It’s a shame that it’s only now after his death that we’re fully appreciating what a talent we had playing in our fair city.

EVEN THOUGH HE has yet to make the Baseball Hall of Fame in this country Miñoso is in the Halls of Fame in both Mexico and Cuba. Which may be the ultimate achievement that Suzuki achieves if he becomes the first inductee of the Halls of Fame both in Japan and Cooperstown, N.Y. 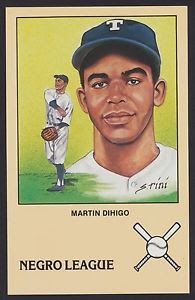 Although that would pale in comparison to the record of Martin Dihigo, a black Cuban native who actually is in the Halls of Fame in Cuba, Mexico, Venezuela and Cooperstown, albeit for his performance in this country back in the Negro leagues of old -- which is why most fans of this country are totally clueless of this international sensation known as El Maestro or El Immortal.

It’s a good thing we can claim to have seen someone such as Ichiro actually having played ball – and only a shame that we never got to see him don a Chicago uniform.

Although knowing the White Sox’ history of acquiring aging stars after they’re washed up (anyone remember Steve Carlton, Jose Canseco or Ken Griffey, Jr., in a Sox uniform?), we may get him on the Sout’ Side come 2018 or so.