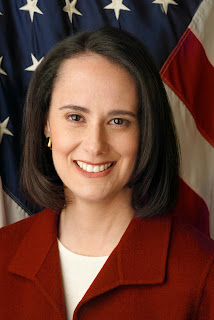 mber three as governor or for a seat in the U.S. Senate.

But there were people so convinced that now was the time for Lisa Madigan to try to move up the political ladder that her decision to seek a third term as Illinois attorney general will seem like a bit of a letdown.

FOR THAT IS what Madigan decided to do with her political future, and now the path is clear for a whole lot of people to run for governor (the job it is believed Madigan would like to have) and U.S. Senate (the job many Democratic operatives wanted Madigan to seek). Rep. Mark Kirk, R-Ill., of the North Shore couldn't wait for Madigan to make her decision official before he announced he would now seek the Senate seat now that she was out of the running.

Of course, there were those lower-ranking officials who had hoped to move up on the Illinois political pecking order by becoming the state attorney general. They will have to find some other way of advancing themselves professionally.

This could literally be a situation where Madigan listened to her father – Illinois House Speaker Michael Madigan, D-Chicago, who has long said that the lesson he learned in 1976 was to always try to avoid having a contested primary whenever possible.

That was the year that Dan Walker ran for re-election as governor, despite the fact that the De 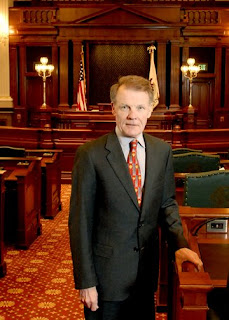 THEY USED THEIR strength to back Michael J. Howlett as the Democratic nominee for governor, and they succeeded in that Walker lost the primary. But Howlett was so weakened by the primary fight that he lost to Republican James R. Thompson in the general election – and it took another 26 years before a Democrat was elected governor of Illinois.

I’m sure the last thing that the Madigans wanted to have was a situation where Lisa had to go to war with Gov. Pat Quinn, and where she would lose even if she won in the primary.

So I can’t help but see this as a situation where Lisa Madigan decided to avoid the job she wants to hold. After all, she’s still young enough (only 44) that she could easily run for that office in 2014 or 2018.

Heck, even 2022 is feasible (she’d be in her late 50s, which is an age when many of these top executives decide they have enough experience to run for the highest-ranking post).

SHE COULD BE the person who succeeds Quinn when he decides he has had enough of trying to cope with the Legislature and get them to bend to his political will.

So in that sense, running for attorney general of Illinois is playing it safe, holding out for the day when she can seek the job she truly wants.

What she apparently doesn’t want is to be a part of the Capitol Hill scene.

Madigan has young children and has cited them in the past as a factor against wanting to have a political post that would require her to maintain residences both in Illinois and in the District of Columbia.

AND IT ALSO didn’t help that most of the people who dreamed of Madigan as a United States senator seemed to want that goal because of their concerns about the political party’s viability – rather than her interests, skills or ability to do the job.

So Lisa Madigan did not succumb to the charm of President Barack Obama, who recently had her at the White House for a conversation about how she would benefit Illinois by running for the federal post.

Nor is she giving in to the party hacks. She’s making a decision based upon what she thinks will benefit what she wants to do.

And the end result is that we, the electorate of Illinois, will have the potential to endure a sequel in 2010 of the 2002 general election.

FOR JOE BIRKETT, the state’s attorney of DuPage County, made it known recently that he wants the Republican nomination for attorney general.

Madigan beat Birkett back then, despite his attempts to portray her as some sort of political “ 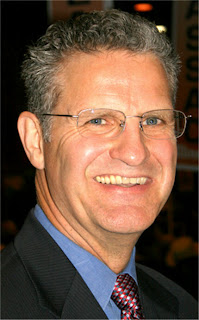 daddy’s girl” who would do whatever her House speaker father commanded of her.

The people of Illinois didn’t quite buy the logic back then, nor did they accept his rhetoric that she wasn’t an experienced enough attorney to be worthy of the state attorney general’s position.

But thus far, Birkett is giving signs that he will try to resurrect as much of the old rhetoric as possible. For he has said he thinks his criminal prosecution experience will make him a qualified attorney general – even though the bulk of the state position consists of addressing issues related to civil law.

PERHAPS BIRKETT IS hopeful that he can scream out the name “Blagojevich” and have Madigan shrivel up. But Lisa Madigan with her financial advantages and experience was always the one Democrat who seemed immune to being tagged with the “Blagojevich” label.

It’s not like she’s Roland Burris, who owes his current political life to Blagojevich’s desire to tell the General Assembly that impeached and removed him from office where they could shove it.

So if it really does become Madigan vs. Birkett in 2010, it will be interesting to see what new tactics the Gentleman from DuPage comes up with.

Because a literal repeat of ’02 will result in the same end result.

thanks for this information
thanks

This is really a big surprise for all the attorneys and people too!! Good information!! By the way, have you heard of MiNeeds.com? It really simplifies finding affordable attorneys. I used it to find them for my business. Essentially, after I described what I needed on this site, I received several competitive bids from local attorneys. I liked the fact that I didn’t have to call around and negotiate with each, and that they actually came to me.