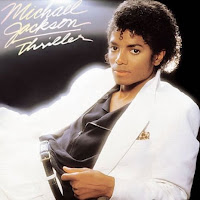 That’s what I want to say to just about every political geek who wants to use the death of Michael Jackson to pontificate on the evils of perversion, or any other ridiculous rant that happens to pop into their heads.

THE MOST RECENT outburst came about because, during a lull last week in activity right before passing a budget for the state, the Illinois House of Representatives approved a resolution praising the “King of Pop.”

The resolution was one of nine that were passed with one vote, and they were all pretty typical of the type of resolutions that commonly get approved by government bodies – symbolic statements of support on some general topic that are meant to create the illusion that the Legislature has a clue about the goings on of the outside world.

Among the other “issues” approved with that same vote was a measure praising the track team at Hillcrest High School in south suburban Country Club Hills. Pure fluff.

Even the Jackson resolution, sponsored by state Rep. Monique Davis, D-Chicago, was like that. It praises his musical achievements, and m 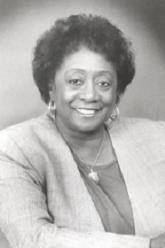 akes no mention of the rest of his life. Considering that his only real significance is because of his music, it makes sense to limit one’s thinking about him to that one segment of his life.

BUT THIS RESOLUTION, which passed without opposition last week, is now stirring up resentment this week.

For it turns out that our legislators mostly had no clue what they were voting for. They now say that had they been aware there was something mentioning Michael Jackson and his legacy, they would have opposed it.

Some say they would have gone so far as to bring up his later life eccentricities, and the two occasions in his life when he was put on trial in criminal court on allegations that he committed sexual acts with young boys.

Apparently, it means nothing to these political people who claim they’re standing up for the Democratic ideals upon which our country is based that Jackson was acquitted both times.

AS IN “NOT guilty.” As in a prosecutor was unable to ever prove that he did anything that warranted a criminal conviction.

They still want to think of Jackson as nothing more than a criminal prevert, so to speak. Perhaps they realize that publicly bashing Michael Jackson would have warranted themselves national news attention, and favorable support from a segment of our society.

But because they were so careless as to not be aware of what they were voting on, they lost that chance for attention. Plus, there is now a record indicating they voted in support of something that was positive toward Michael Jackson.

Heaven forbid, they voted for the prevert. Maybe that means they’re preverts themselves. Or maybe they fear that is how their political opposition in the 2010 elections will try to distort the record into saying.

ACTUALLY, I’M GLAD that this resolution did not devolve into a debate on the significance of Michael Jackson, which is what happened when a representative from Texas tried to get Congress to consider a similar resolution. House Speaker Nancy Pelosi, D-Calif., refused to let the measure come up for a vote, and many political people insisted on stating their opposition.

It seems that many black people in this country are going to focus attention on the Michael Jackson who started making music at such an early age that he had a decades-long career as a musician – even though for all practical purposes, he was “washed up” after age 31.

To much of the white population, they want to think of those years afterward when he wore the goofy costumes, faced criminal charges and tried to create a “Neverland” (as in Peter Pan) atmosphere at his gaudy luxury mansion.

It is an issue that we, the people of this nation, appear to be split upon. What would have been accomplished if we had yet another “debate” on this affair?

NOT A THING, except that perhaps a politico or two would have strained his throat from spewing nonsense rhetoric.

Think I’m exaggerating? Take the debate among members of Congress, where Rep. Peter King, R-N.Y., is on record as having called Jackson a “child molester.”

His comments came during the same Independence Day holiday weekend that Rep. Jesse Jackson Jr., D-Ill., talked about how 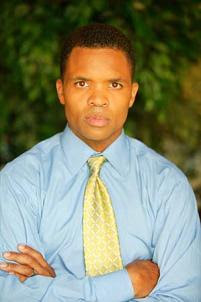 Jackson was a positive influence on both black and white America.

I’m not sure I agree in full with his observation that the white kids who grew up idolizing Jackson and “Thriller” grew up into the adults who, “followed Barack Obama into the voting booth.”

BUT IT’S NOT the most ridiculous thought I have ever heard come from the mouth of a political person.

And it certainly makes more sense that much of the “trash talk” that we were denied from the “Statehouse in Springpatch” had our state Legislature engaged in a serious and heated debate over Davis’ resolution.

EDITOR’S NOTES: We didn’t get an embarrassing debate from the Statehouse on the merits (http://www.suntimes.com/news/metro/1672383,CST-NWS-jacko18.article) of Michael Jackson.

This is the “controversial” resolution that dares to offer praise to the memory (http://www.ilga.gov/legislation/fulltext.asp?DocName=&SessionId=76&GA=96&DocTypeId=HR&DocNum=544&GAID=10&LegID=48336&SpecSess=&Session=) of Michael Jackson.

Despite the appearance that the Jackson debate has become enmeshed in race, I couldn’t help but notice (http://nwitimes.com/news/local/article_bf2b823c-15cb-51ca-aa5b-19a89b0fd046.html) that the Congressman made his comments before a mixed-race crowd in the Chicago suburbs without stirring up a riot.
Posted by Gregory Tejeda at 12:01 AM

wow what great information thanks for sharing
thanks ,,