EXTRA: Did anybody have Mark Buehrle on Thursday as their ‘pick to click?’

Frank Smith is no longer unique. The man with the anonymous name now has to share his athletic designation with Mark Buehrle. 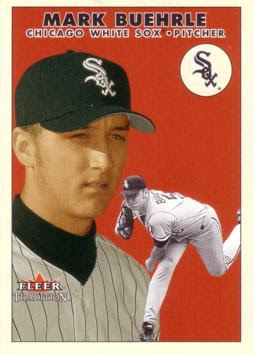 Both Buehrle and Smith were pitchers for the Chicago White Sox, and until Thursday, Smith was the only Sox pitcher who had ever thrown more than one no-hit ballgame.

SMITH WAS A major leaguer with the White Sox, the Boston Red Sox, the Cincinnati Reds, the Baltimore Terrapins and the Brooklyn Tip-Tops. The latter two teams were in the long-defunct Federal League, which shows you how long ago Smith played ball.

For the record, his White Sox no-hitters came on Sept. 6, 1905 against the Detroit Tigers, and Sept. 20, 1908 against the Philadelphia Athletics.

Now, Buehrle has matched him, with his April 18, 2007 no-hit game against the Texas Rangers, combined with his perfect game (got everybody out) on Thursday against the Tampa Bay Rays.

None of the 14 other White Sox pitchers who threw no-hit games managed to do more than one for the ball club. Their ranks include such stars as Ed Walsh and Ted Lyons, 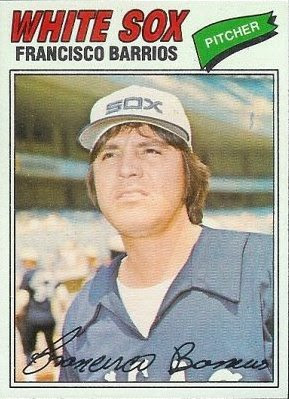 notorious names such as Eddie Cicotte, and such un-immortal talents as Francisco Barrios (who on July 28, 1976 combined with John “Blue Moon” Odom to throw a no-hit game against Odom’s old ball club, the Oakland A’s).

OF COURSE, BUEHRLE also becomes the second White Sox perfect game pitcher ever – not since Charlie Robertson tossed one on April 30, 1922 against the Detroit Tigers.

I’m kind of jealous, since I have never seen a no-hit game being pitched. I have seen some come close, but fail. So naturally, Buehrle pitches his game on a day when I had no time to spare to watch television (let alone go out to the ballpark for a day game).

For the record, I can’t help but think many White Sox fans will enjoy the thought of Buehrle’s first no-hit game more. After all, that was the game in which only one Rangers player got on base – Buehrle walked Sammy Sosa.

And we all got our kicks watching Sammy look like a chump when Buehrle promptly picked him off first base. Although watching DeWayne Wise’s stumbling catch that preserved Buehrle’s achievement comes close to matching that moment.

Its really nice information
thanks