Palin, who has peaked, tries to leave on top by quitting gubernatorial post 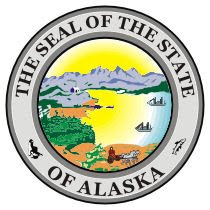 month are figuring she wants to focus her attention on running for president in 2012.

I can kind of see the logic.

IF SHE IS going to be a credible candidate for the Republican nomination to challenge President Barack Obama, she needs to start working now. And if she is to become a national political figure, continued involvement on the Statehouse Scene in Juneau can do little more than drag her down.

But I can’t help but wonder if a part of her decision is based on the sentiment that there’s little more she can do to change her reputation in her home state. Could it be that the statewide elections to be held in the 49th State in 2010 would have created a perfect opportunity for someone to knock her down for the count?

Literally, is she quitting now so she can claim she left office on her terms, rather than as the losing candidate for re-election in the 2010 elections?

Some people might claim she’s doing an honorable thing by not running for re-election as Alaska governor in 2010, then immediately turning around and running for president while keeping the paycheck and benefits that are part of the compensation of being governor of Alaska.

BUT THE “HONORABLE” thing is something that political people rarely do. Even the most exceptional of public servants have a pragmatic streak when it comes to running for elective office.

And Palin, as we saw last year during the campaign season, is hardly exceptional (although I realize that some people consider her ordinary-ness to be her political strength).

Her decision to resign as governor effective July 26 (how nice, she’s giving the people of Alaska roughly three weeks’ notice of her intent to quit) is risky.

Because a public official without an elective office is nothing. That is why even the most exceptional public servants develop the pragmatic streak. It is next to impossible for them to do anything for the public good if they lose on Election Day and are sitting on the sidelines.

BUT I GUESS she figures that she developed such good name recognition in the 2008 election cycle that she can go for the next year-and-a-half without a political post.

Because the chances are that all Alaska would have done for her now is dragged down her chances of success. All it would have taken was one budget crisis to confront Alaska state government or one stupid act of political corruption by a state official.

Watching Palin show us her gubernatorial skills would have created the potential for her to screw something up, which would take her down for good. How can we take seriously the thought of Palin as president when she can’t even govern Alaska?

There’s also the fact that she was only a first-term Alaska governor. Like any other political official, the first re-election bid is the toughest because the benefits of incumbency haven’t yet kicked in.

THE PEOPLE WHO are upset their preferred candidate lost to her in 2006 would have been geared up for a challenge in ’10. Others who were embarrassed by her ’08 vice-presidential candidacy would have been inclined to work against her.

But by quitting now, none of that will ever happen. In her mind, she will be the golden girl who put Alaska politics on the national map (even though I’d argue Ted Stevens is more of a national political figure than Palin could ever dream of being).

I’m curious to see what she does to create a presidential image for herself during the next year. Will she wind up drawing a salary from some conservative think tank while she tries to put together the infrastructure of a presidential campaign?

Some of the political pundits already are suggesting she’s going to have to spend more time in the District of Columbia and on the mainland United States to bolster her professional image. She has to show there is something going on “upstairs” and that she’s not just some dim bulb who inspires stupid jokes about “lipstick.”

COULD SHE WIND up moving outright? Or are we going to get the political illusion of someone who maintains the Alaska home address while really living in D.C.? Or, since she’s a Republican, the D.C. suburbs in northern Virginia.

It’s kind of a shame she couldn’t move to Illinois. A part of me thinks she’d fit in well in those outermost suburbs of Chicago.

You know where I’m referring to – places like the towns of Kendall County where the locals are split on whether they’re really becoming suburban or should remain rural.

At the very least, it would let Illinois have possession of the craziest governor again.

ON THE SAME day that Palin let it be known she’s quitting, it was announced that she won the National Society of Newspaper Columnists’ “Sitting Duck Award,” which is given to the most ridiculed newsmaker of the past year.

It turns out that Palin beat Rod Blagojevich for the title (he finished second).

So that could be a fact we Illinoisans ought to take into account when we ponder Blagojevich and his erratic behavior and the conduct of his wife, Patti.

Being mocked by a nationally known comedian for being able to “see Russia from my house” tops having a funky pompadour hairdo and a foul-mouthed wife who eats tarantulas on television.

thank for this information ,, thanks