A part of me wonders if Mike Royko, the late columnist for just about every newspaper that existed in Chicago, has the ultimate fantasy assignment. 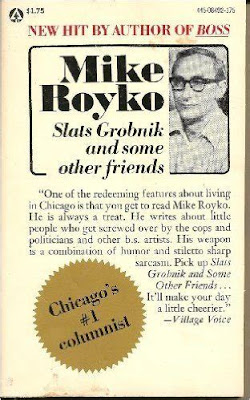 He hasn’t had the pressure of meeting a deadline in just over two decades – yet the two remaining metro papers in this city seem eager to dredge up his old columns (some 30-plus years worth of copy) and use them to fill the space they’re so desperately eager to create around the declining number of advertisements.


IT KIND OF threw me off for a second when I saw the editorial pages of the Chicago Tribune on Sunday included a Royko column amongst their choice commentary.


They dredged up a column from the 1980s (back in the days when George Bush, the elder was president) where Royko used his aging Slats Grobnik persona to mock Republicans for trying to be holier than thou and make it appear as though God himself is the ultimate member of the Grand Old Party.


I’d say they were trying to make Jesus out to be the ultimate Republican. But in today’s day, there are many Jesuses of a Latino ethnic persuasion whom the hard core of the Republican Party are looking for excuses to deport.


Meanwhile, the Chicago Sun-Times continued its trend of the past couple of months and published an old Royko column on Monday – but only online.


PEOPLE READING SUNTIMES.com could see an even older column from the 1960s where Royko told the tale of how big, corporate-minded businesses were squeezing the little guy out of work.


Specifically, he told of a one-time neighborhood cleaners where the woman who owned and operated it all by herself had to work extra-long hours, but eagerly did so to meet the desires of her customers.


Which, Royko claimed, was something that the new, modern cleaners in the neighborhood would never bother to do. 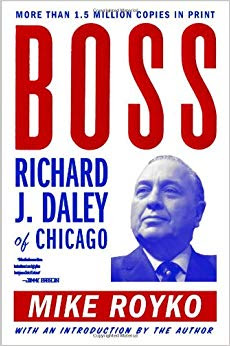 But they were able to justify charging a slightly cheaper price (you save perhaps a nickel) for their services, gambling that people would be so eager to save any money that they’d accept the lesser personal service and lack of a personal touch.


MUCH HAS BEEN made by the Sun-Times of how they’re dredging through their archives for Royko copy (both from when he wrote for the Sun-Times proper and also when he was a focal point of the old Chicago Daily News) out of the concept that what he said about issues way back when has an eerie relevance to modern times.


I’m sure the Tribune thinks the same thing. Although I also noticed that the Royko column published in the Sunday paper included a tag at the end informing the reader how the Tribune’s book publishing wing is coming out with a new book soon – one that compiles several of the Royko columns he wrote during the 17 years he was with the Chicago Tribune.


That book will be available for purchase come mid-August, and I’m sure somebody thinks (or at least desperately hopes) that somebody reading the column in the paper will choose to buy the book.


Personally, I don’t know that I feel the need to rush right out and buy a copy – largely because I actually own all six of the compilations of newspaper columns that Royko had published when he was actually alive.


I ALSO HAVE a hard-cover first edition of “Boss,” the biography he wrote of Richard J. Daley back when “Hizzoner” himself was still alive. 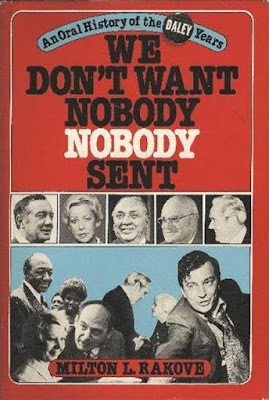 That book is one I have quoted from on occasion in this very weblog when trying to tell the history of Chicago politics. It may be the best piece of writing ever about our city’s political scene (although Milton J. Rakove’s “We Don’t Want Nobody Nobody Sent” has the best title ever).


You’ve got to admit, for a guy who hasn’t written a word since 1997 (he died a month after writing his final column for the Tribune), it’s impressive the staying power that the man’s copy has. Although I’m sure there are some snot-nosed brats out there reading this who are going to be taking a sense of pride in saying, “Royko? Never heard of him!”


All I know is that I seriously doubt anybody will be dredging up anything I (or 99 percent of the rest of the populace that tries to claim themselves to be writers for a living) ever wrote some two decades after my own eventual demise.