Is Illiana going to be nothing more than a partisan tradeoff for Dems, GOP?

Both major political parties have their battle plans for the upcoming election cycle in place; mostly based of trying to connive just how many political posts they can manage to swipe away from each other. 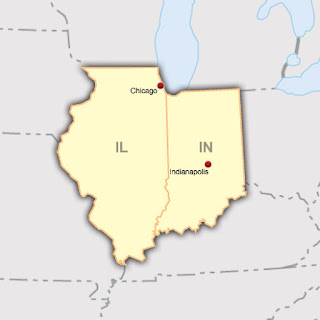 Yet the reality is that there will be a certain amount of tradeoffs that will occur.


FOR EVERY SINGLE post that Democrats manage to swing away from the Republican column, there will be a few that manage to flip the other way.


And among the most likely flips that could take place as a result of Nov. 6 involves our very own top-ranking officials in Illinois and Indiana.


There are many political observers convinced that Bruce Rauner is likely to go following Election Day. We in Illinois will have a governor in the “Democrat” column largely by default – a majority of us feel that much contempt for the guy we’ve got now and aren’t willing to give him “four more years.”


While in Indiana, there’s the fight for a U.S. Senate seat currently held by Joe Donnelly, a Democrat from South Bend. A fact that bothers the Republican Party establishment that runs government throughout the Hoosier State.


IS THE MIDWESTERN political scene one in which the Democrats will take a governor’s seat in Illinois, while the Republicans gain a Senate seat in Indiana?


Morning Consult has come out with various polls showing Rauner is the most unpopular governor seeking re-election this year, while Donnelly’s chances of getting re-elected are not overwhelming at this point in time.


The political party establishments in both states are inclined to think that such an outcome is appropriate, because they want to believe the fact that Rauner and Donnelly got elected in the first place is a total fluke.

They would think that picking J.B. Pritzker as Illinois governor and Mike Braun as U.S. Senator from Indiana would be a restoration of the natural order – as in the way things should be – in the two states.


LET’S NOT FORGET that Illinois has been a Democrat-controlled state for nearly the past two full decades, and that Rauner’s victory in the 2014 election cycle was more about apathy by the Dem establishment toward then-Gov. Pat Quinn. Rauner is the only guy who thinks he WON that election, rather than political apathy costing their candidate.


There’s no way that apathy will recur in 2018. Rauner has managed to tick off so many Democrats, and even a good-sized portion of the Republican establishment, that he has a mere 27 percent approval rating these days.


Donnelly faces similar circumstances, in that his 2012 election victory was equally fluky. He beat Richard Mourdock, the former state treasurer, because so many people became offended when Mourdock made comments during a debate about how women who become pregnant as a result of rape is “something that God intended.”


That was his way of justifying not permitting abortion even in instances of sexual assault. Chances are good if Mourdock hadn’t been that dense (or if long-time Sen. Richard Lugar had won in the Republican primary), the Republican would have prevailed in the general election six years ago.


DOES ANYBODY THINK that Braun, an auto parts distribution business owner who’s wealthy enough to fund his own campaign, will be equally clueless? Donnelly would have to be the luckiest man alive to get another political break of the one that allowed him to slip past Mourdock.


Considering that Indiana has a governor with a 52 percent approval rating with Donnelly only 41 percent (with 34 percent disapproving and 25 percent of people who can’t make up their minds), it’s likely that many people are waiting for the chance to vote against the incumbent.


Donnelly could be the guy who winds up carrying nothing more of the vote than Gary on Election Day.


Many voters in both states might think it appropriate if the two major political parties did a swap that strengthened the overall majorities – what with President Donald Trump having 38 percent approval in Illinois, but 51 percent approval in Indiana. It also would reinforce the view each state has of the other -- that of a Bizarro-world version of itself.