Abortion – an issue that won’t go away; even if high court tries to make it so

The commentary with regards to the legitimacy of abortion as a medical procedure has already started up. I’ve come across one train of thought that says President Donald J. Trump will choose a woman to fill a vacancy on the Supreme Court of the United States so that when the high court eventually does away with abortion, it won’t be by an entirely-male group of justices. 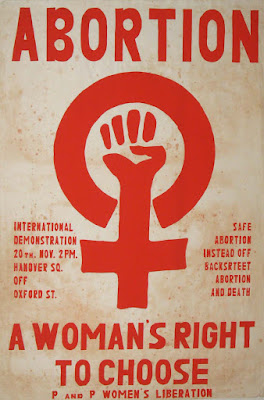 I’ve found another commentary that says the Supreme Court won’t have the nerve to want to step into the political mess that would assuredly be created if the court really tries to undo the 1973 ruling of Roe v. Wade – the one that struck down the laws of those states that tried to regard abortion as a criminal act.


THERE ARE A wide range of opinions out there with regards to whether a woman has a right to end a pregnancy – and it’s pretty clear that somebody is going to turn out to be dead wrong in what they’re stating now.


Which also means someone, by the purest of dumb luck, is going to wind up being correct – and will probably go about the rest of their lives boasting of “supreme intelligence” just because they managed to “guess” correctly.


For what it’s worth, the Morning Consult group released a poll saying some 52 percent of us want the high court to maintain abortion as legitimate – with only 29 percent wishing for the repeal of Roe v. Wade. 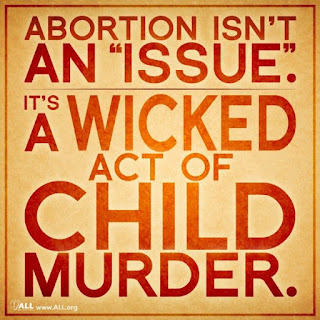 AND IN THIS Age of Trump, we have leadership determined to piddle on the desires of anybody who happens to be either Democrat, or not sufficiently ideological enough to fit their definition of what a Republican ought to be.


Meaning there are a number of people who are going to get all bent out of shape with their prognostications about what will happen once Trump makes his nominee to the Supreme Court known publicly. Which he has hinted could come as soon as Monday.


Then again, Trump has been known to be unpredictable – which is probably the safest thing for anybody to predict about him. Who’s to say what will happen?

Personally, I think Trump will be inclined to pick someone whom he thinks will be a predictable choice to want to “undo” abortion – joining with a solid majority of other ideologically conservative justices to vote against it.


FITTING IN WITH what seems to be his general theory that he’s “the boss” and that the rest of government ought to just do what he tells them. If the majority of us don’t approve – well I doubt he cares!


Because all he has to do is look at the minority of voters who, in 2016, picked him to be president. He probably thinks they’re the only ones who matter – just as I suspect he sees the 29 percent who want Roe v. Wade undone matter more than the rest of us. 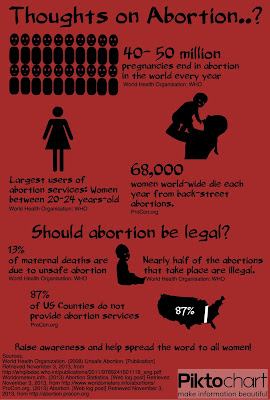 Which is why I’m not amongst those getting all worked up over Monday. We have a political structure right now that is rigged against much rational thought – one that is primarily focused with trying to appease the sentiments of the ideologues who want to impose their own ideas upon the bulk of us.


What I’m saying is that the “harm” already has been done. The thought that there’s much anything Trump will do now to suddenly make a difference is a bit of an overstatement.


IF ANYTHING, WE’RE going to have to rely on the unpredictability of justices when it comes to interpreting the law. There have been instances in the past when the ideologues amongst us thought the high court was on the verge of undoing abortion when a majority managed to figure out legal means by which it remained.
Those of us who have enough sense to see laws against abortion as meddling in a woman’s physical well-being will have to count on the prevailing of the rule of law.


But then again, in this overly-partisan age we’re now in, it might be asking a bit much to think the Supreme Court of the United States can truly rise above it all.


Meaning we may well have to wait for a future version of the Supreme Court to take it upon itself to undo the harmful actions being imposed upon us by this Age of Trump.